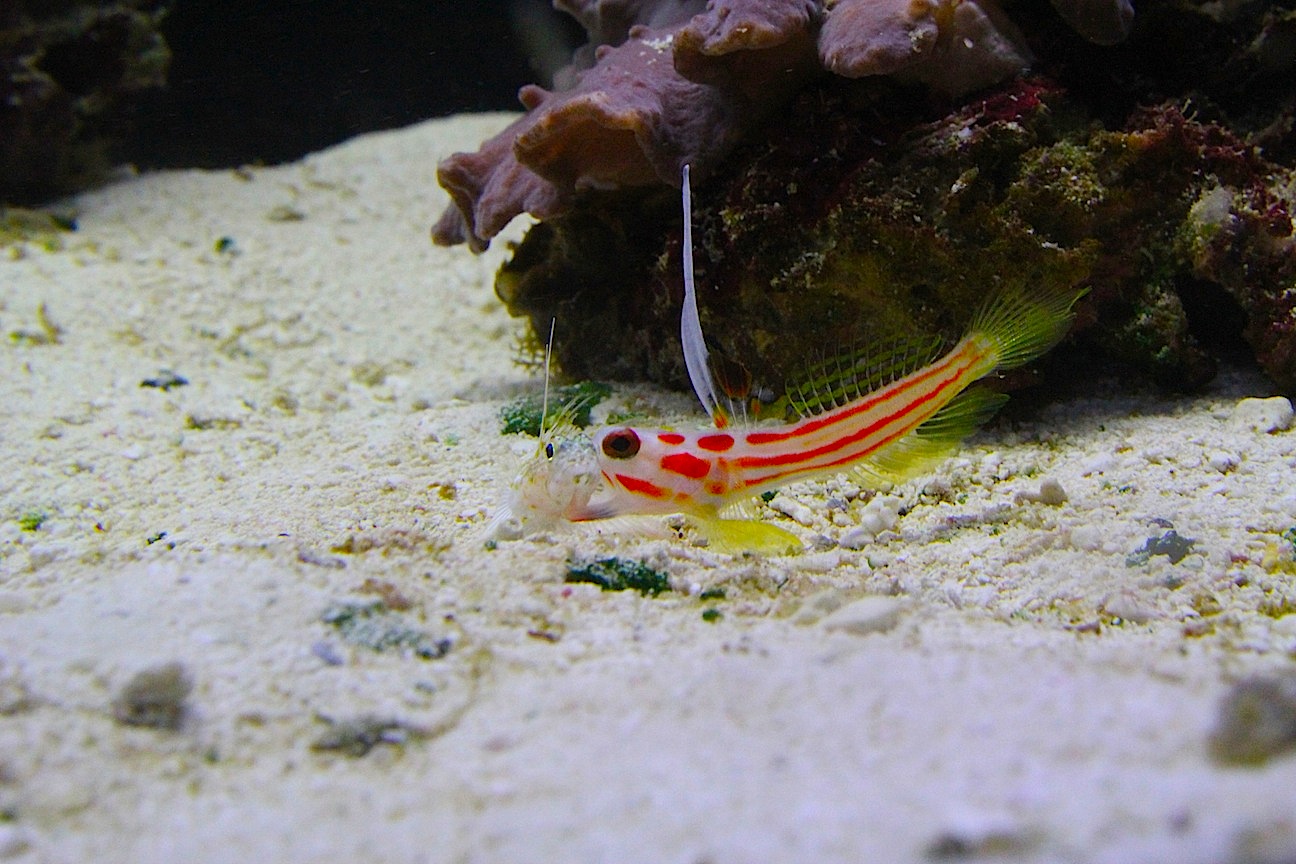 Pictured in this installment of the AquaNerd Picture of the Week is a Yasha White Ray Shrimp Goby (Stonogobiops yasha) defending its territory against an intruding goby of a different species. The Yasha goby is obviously quite territorial and will display to other fish by opening its mouth and flicking its dorsal fin in an attempt to look larger and more aggressive. If the intruding fish doesn’t take the hint, the Yasha will grab the fish and push it out of its territory. And if that doesn’t work, an even more aggressive display will be made, often resulting in one fish being injured or at the very least roughed up slightly. Despite this behavior, the fish is highly sought after among nano aquarium keepers not only for its color, but also for the symbiotic relationship it develops with pistol shrimp.