Trending
You are at:Home»Aquarium Equipment»Thrive Aquatics, an Eco-Friendly Brand of Reef Supplements 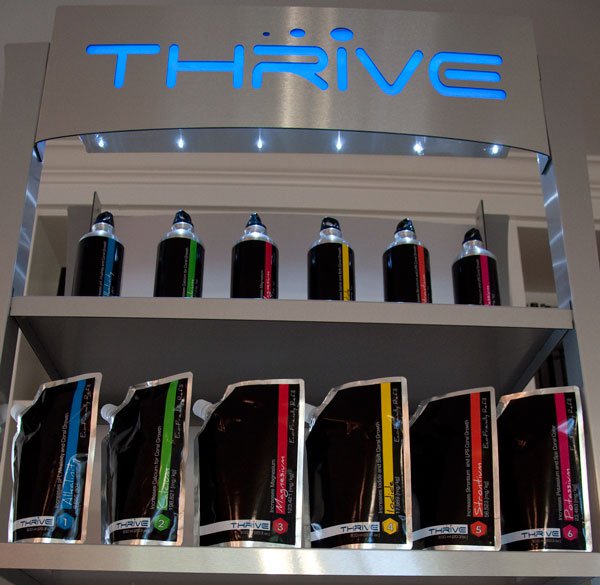 A new aquarium supplement company has recently blipped on our radar, and it’s one that promises to be very eco-friendly. Thrive Aquatics has released several of the traditionally used supplements but in an entirely different manner from other additive bottlers. Realizing the extremely large amount of waste involved in the packaging alone and wanting to be kind to the environment, Thrive Aquatics has ditched the traditional plastic bottles and have instead implemented refillable bottles and stand-up liquid pouches. After extensive product testing, the additive company settled on recyclable aluminum refillable bottles to house the supplements with the thought of refilling those bottles with the plastic liquid pouches. The pouches use 80-85% less plastic than the typical additive bottles and have removable labels so they can be used over and over again for different supplements.

But Thrive Aquatics isn’t stopping there. They have multiple new products that are each unique in their own way. The Thrive Aquatics website isn’t live to the public at the moment, so there’s not a whole lot of information on their product line. Fortunately, we won’t have to wait long for those detail. Thrive Aquatics promises to release more information both during and after MACNA. As for the supplements we do know a little about, more details can be read below. 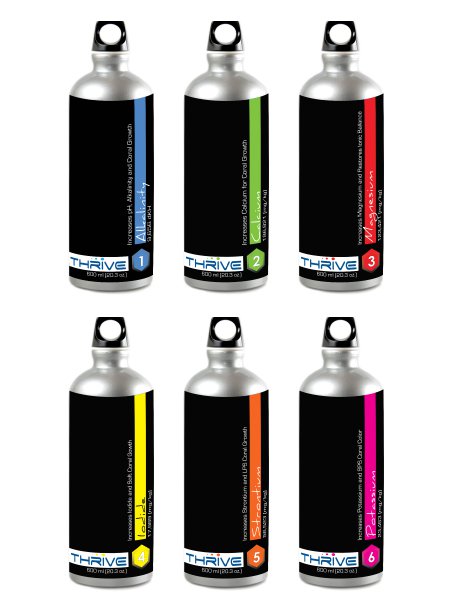 Thrive Aquatics plans on keeping their supplement lineup simple. For starters, they are only offering the six most necessary reef building products. These include calcium, alkalinity, magnesium, iodide, strontium, and potassium. To make it even simpler, the lineup doesn’t have include fancy names. For example, the product that increases alkalinity is called “Alkalinity”, and this scheme is carried throughout the entire product line. In addition to the original supplements, Thrive Aquatics plans on releasing waterless additives, but not in the powder form like most would think. They will be in higher concentration forms of the liquid supplements, but these are apparently still in the testing phase at the moment.

I could keep going on and on about the products that Thrive Aquatics has or is still developing, as their entire product lineup looks very promising. However, because of the lack of information currently available, we’ll just have to wait until MACNA. Until that day comes though, feel free to take a look at their teaser video.