Trending
You are at:Home»Aquarium Events»Dana Riddle Named Aquarist of the Year at MACNA 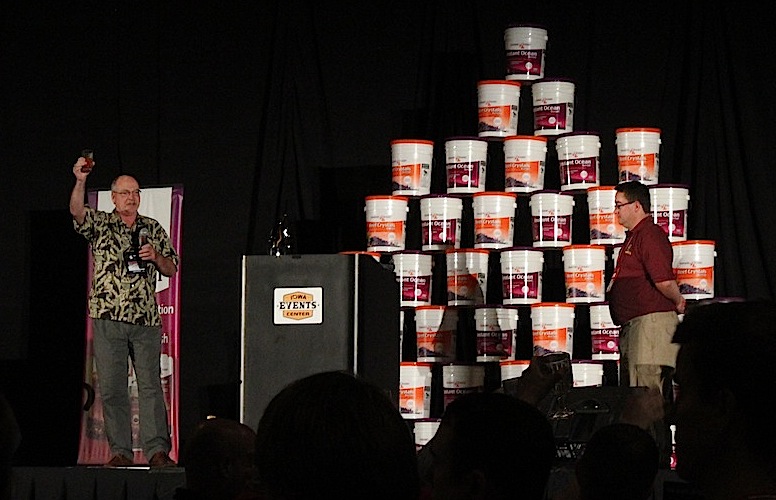 Joining the ranks of the most well known and prestigious aquarium keepers, Dana Riddle was named the MASNA 2011 Aquarist of the Year last night at the MACNA banquet dinner. Dana was handpicked by a panel of the previous award winners, and the award is well deserved as Dana has been a known force in the hobby for many years. He has contributed to many aquarium publications and has contributed a great deal of knowledge to the hobby. Seen presenting the Aquarist of the Year award in the photo above is MASNA president Steven Pro, on the right.