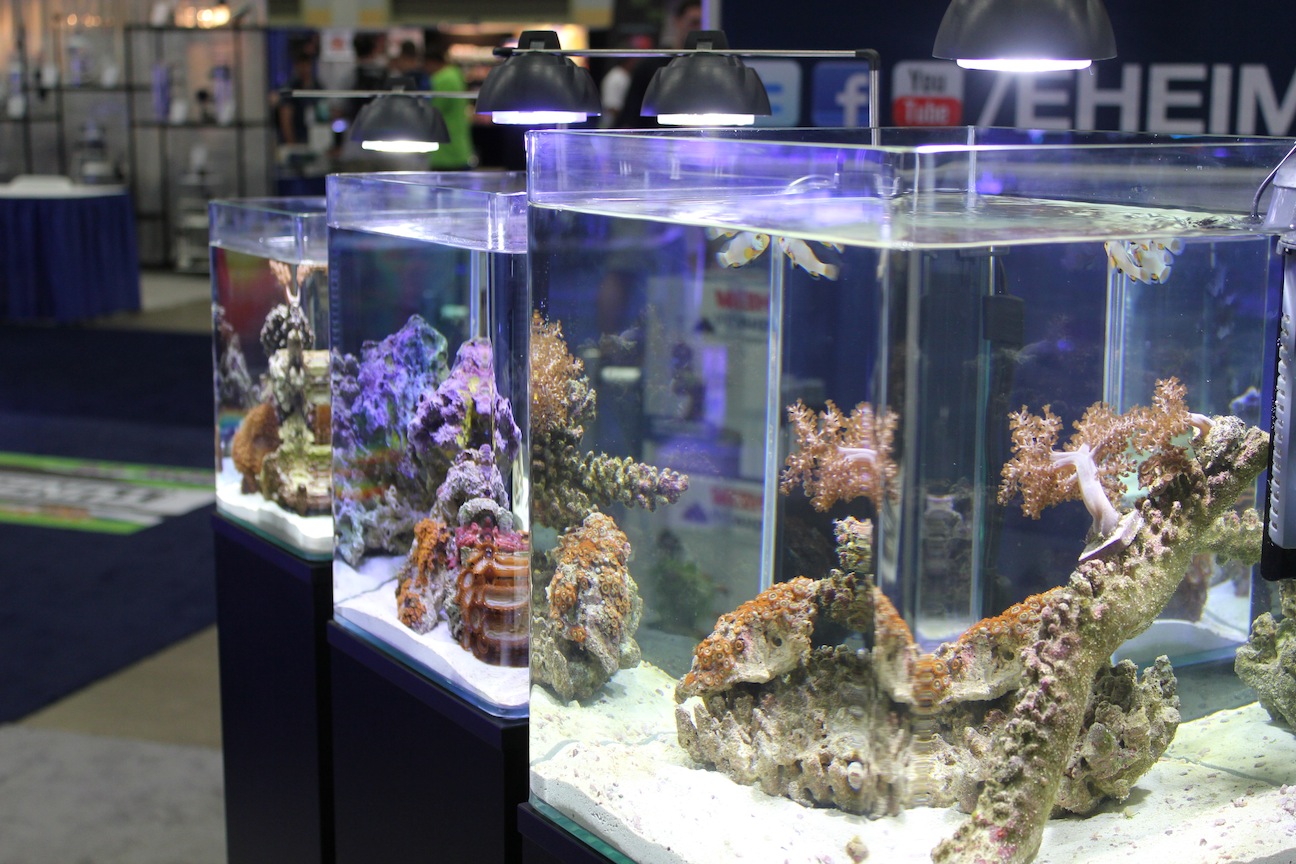 Despite being geared more toward the freshwater scene, the Eheim AquaStyle aquariums have drawn a lot of interest from saltwater hobbyists. These tiny LED-powered cube aquariums are sleek and attractive, and the LED mounting arm is like none other currently offered on the market. Unfortunately, the cubes were originally powered with lights more on the yellow side of the spectrum. Sitting at 6500K, the first model PowerLEDs were ideal for small planted and fish-only freshwater aquariums, but Eheim has realized just what kind of impact this tank has had with reefkeepers and has since developed a prototype blue PowerLED setup. The light seen in the images above is a mixture of blue and white, with one strip of blue LEDs flanked by a pair of whites, and Eheim doesn’t plan to stop there. The aquarium equipment producers have plans for at least a couple more different blue mixtures according to the sales rep we spoke with at MACNA. Supposedly, there will be an all blue PowerLED and another with a mixture of two blue strips to one white. And given the fact that at least two of these PowerLED setups can be used on a single power strip, hobbyists will be able to mix and match the LEDs to better suit their needs.

A few more photos can be seen below. 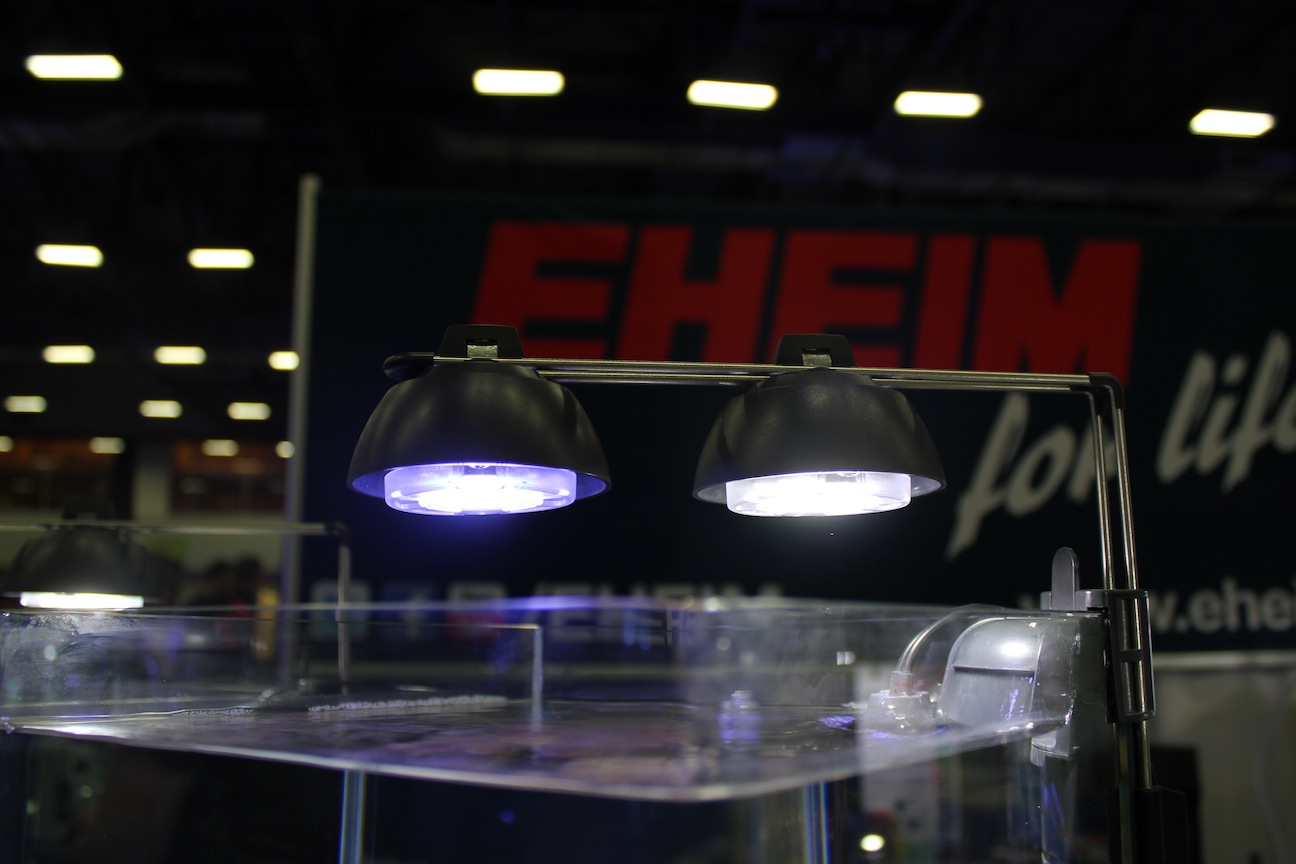 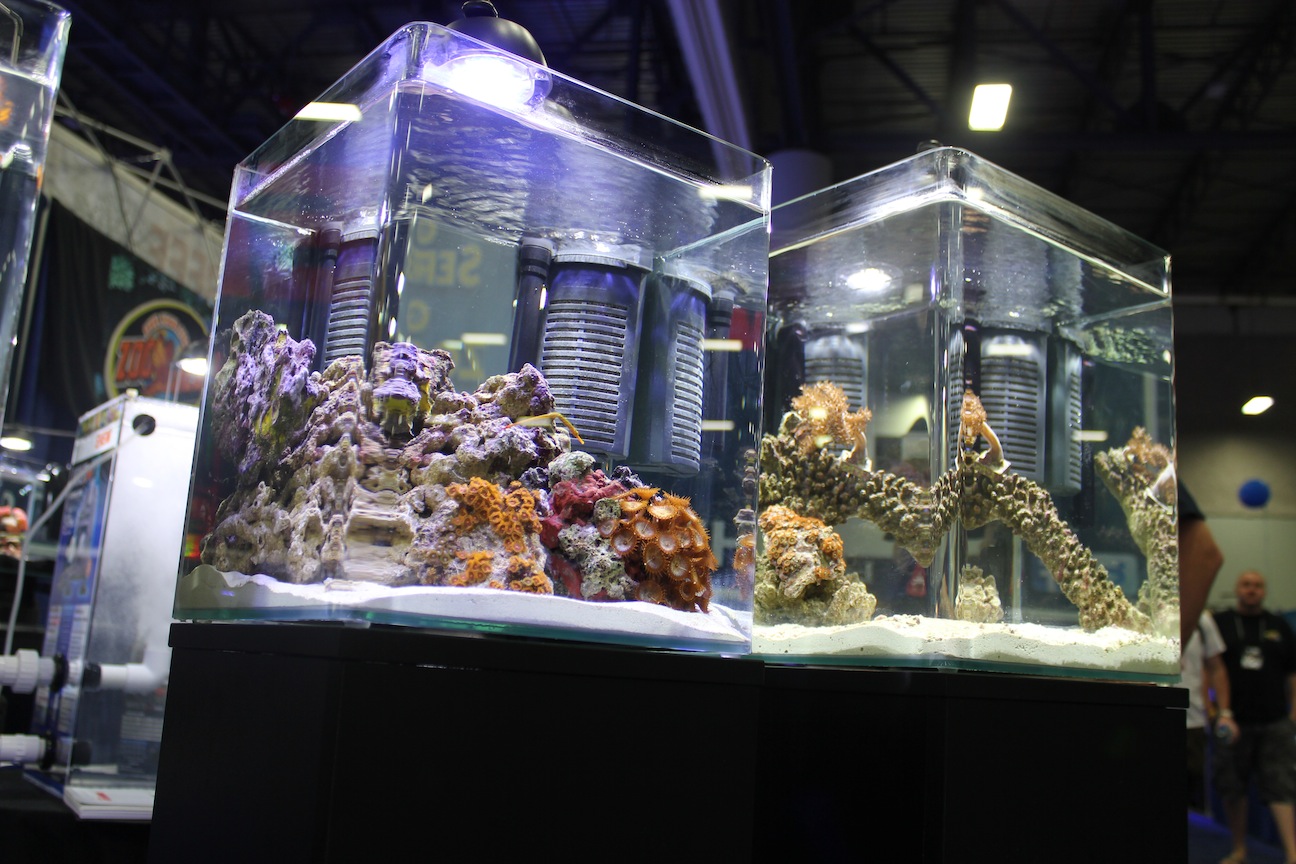 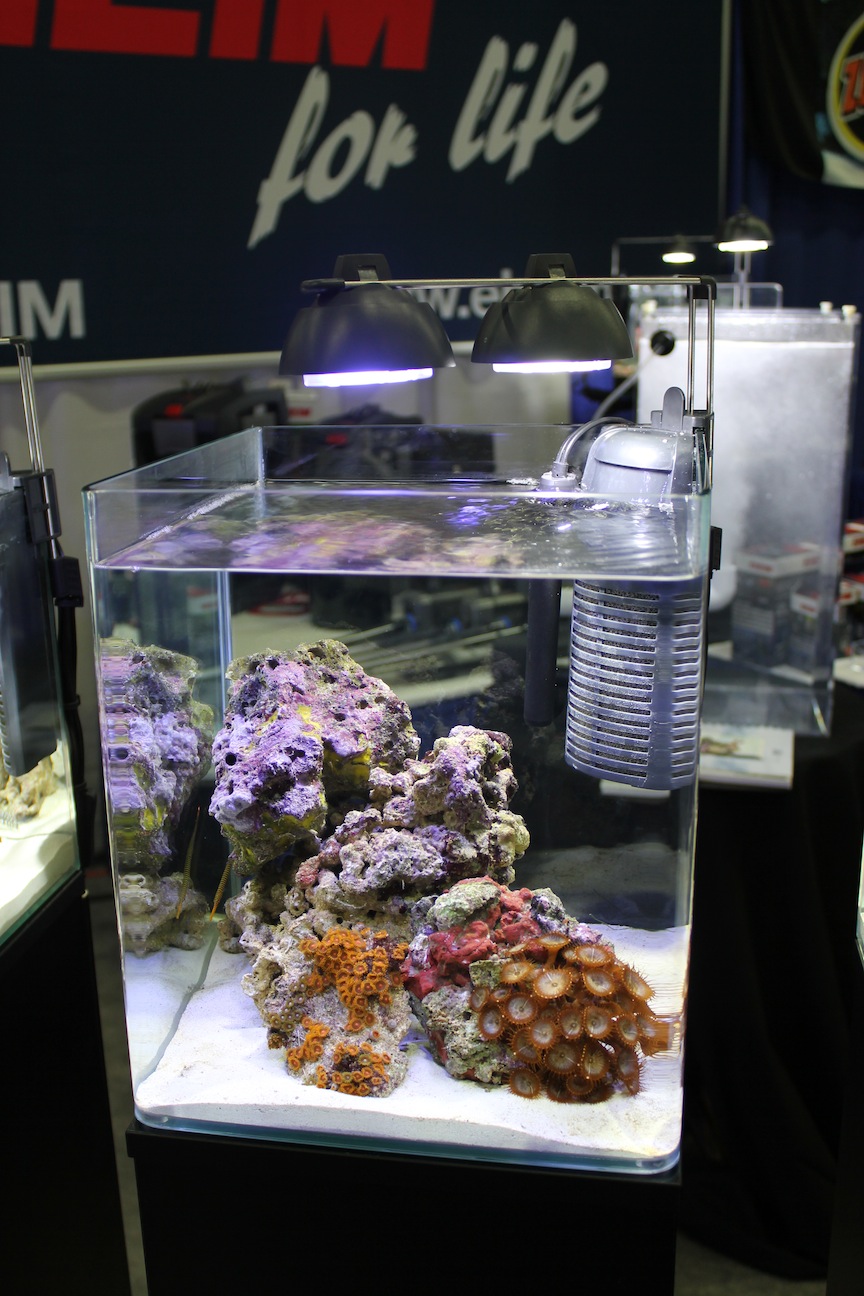 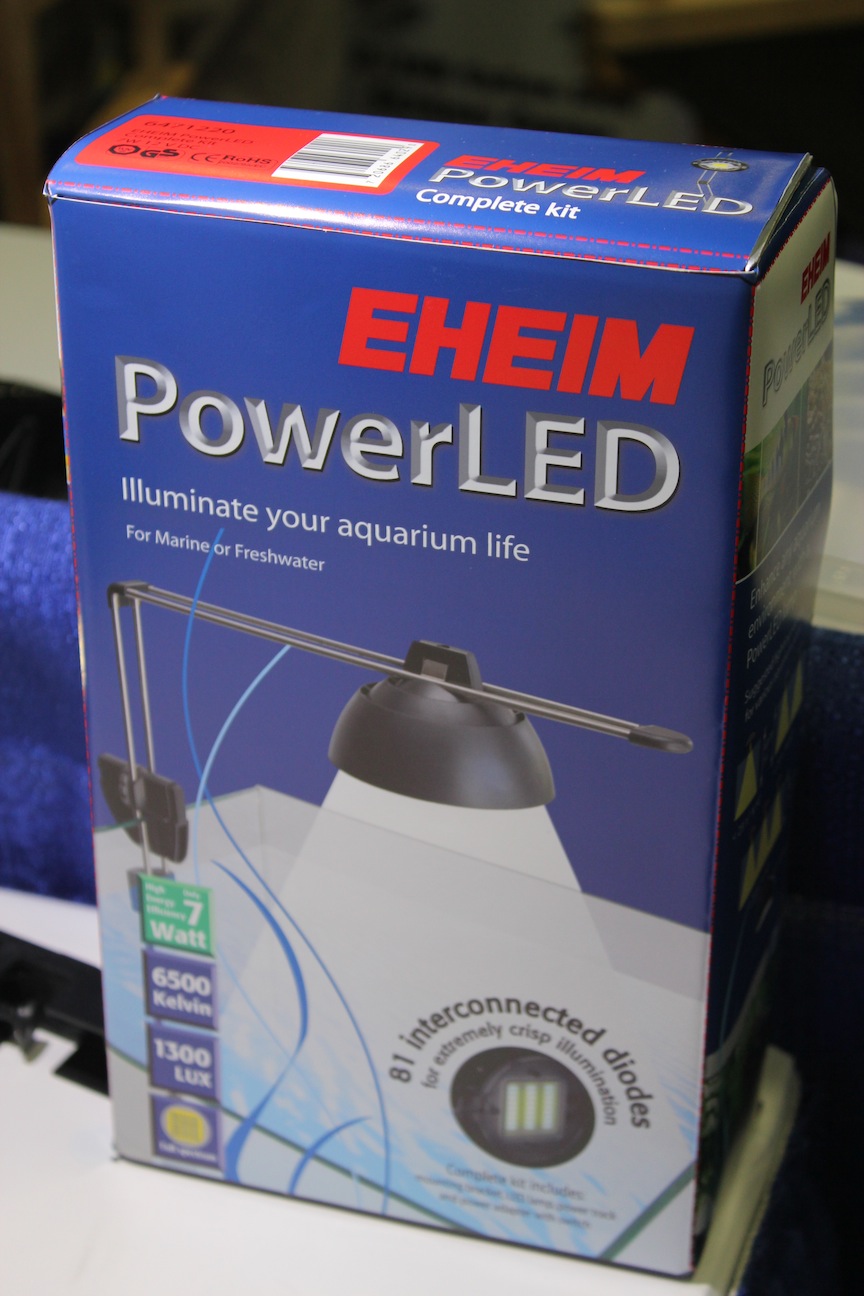 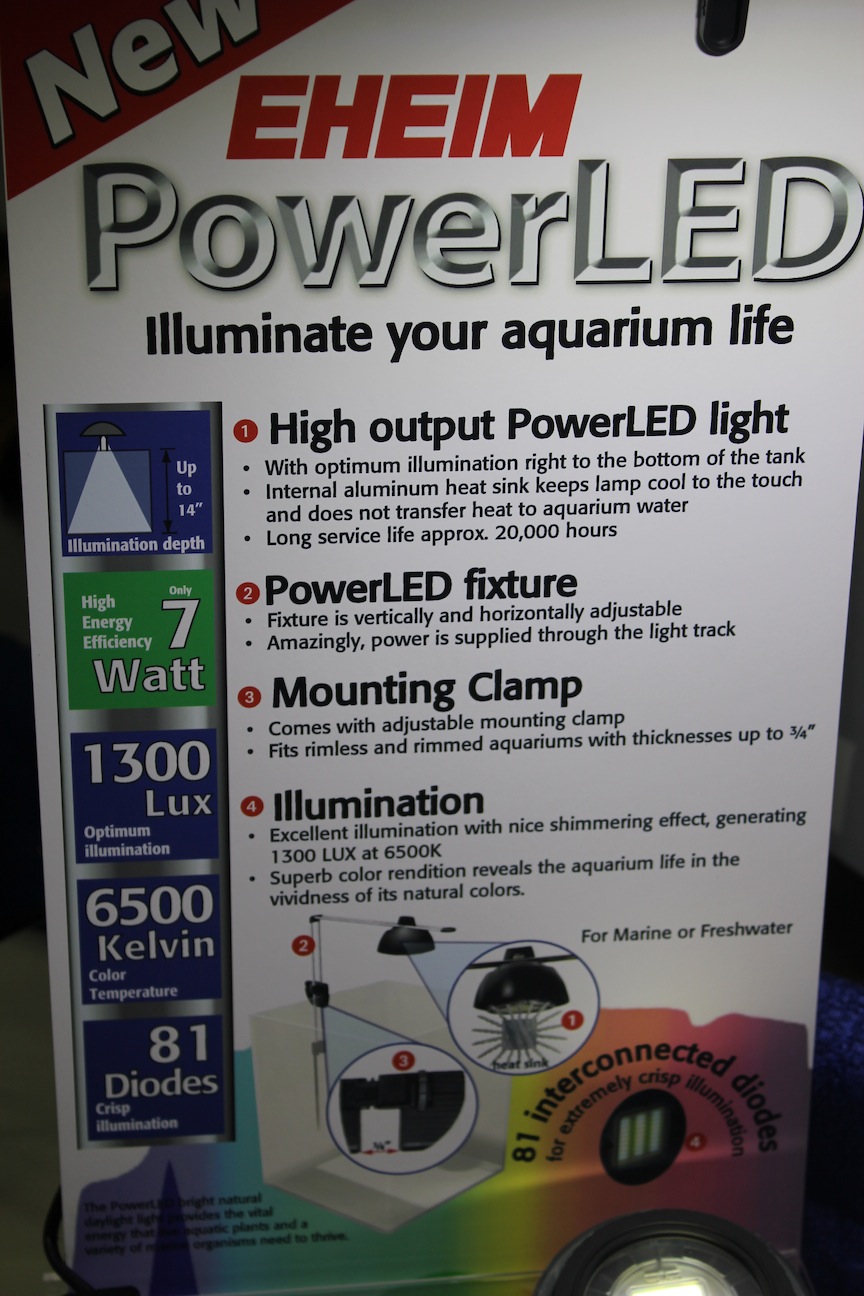