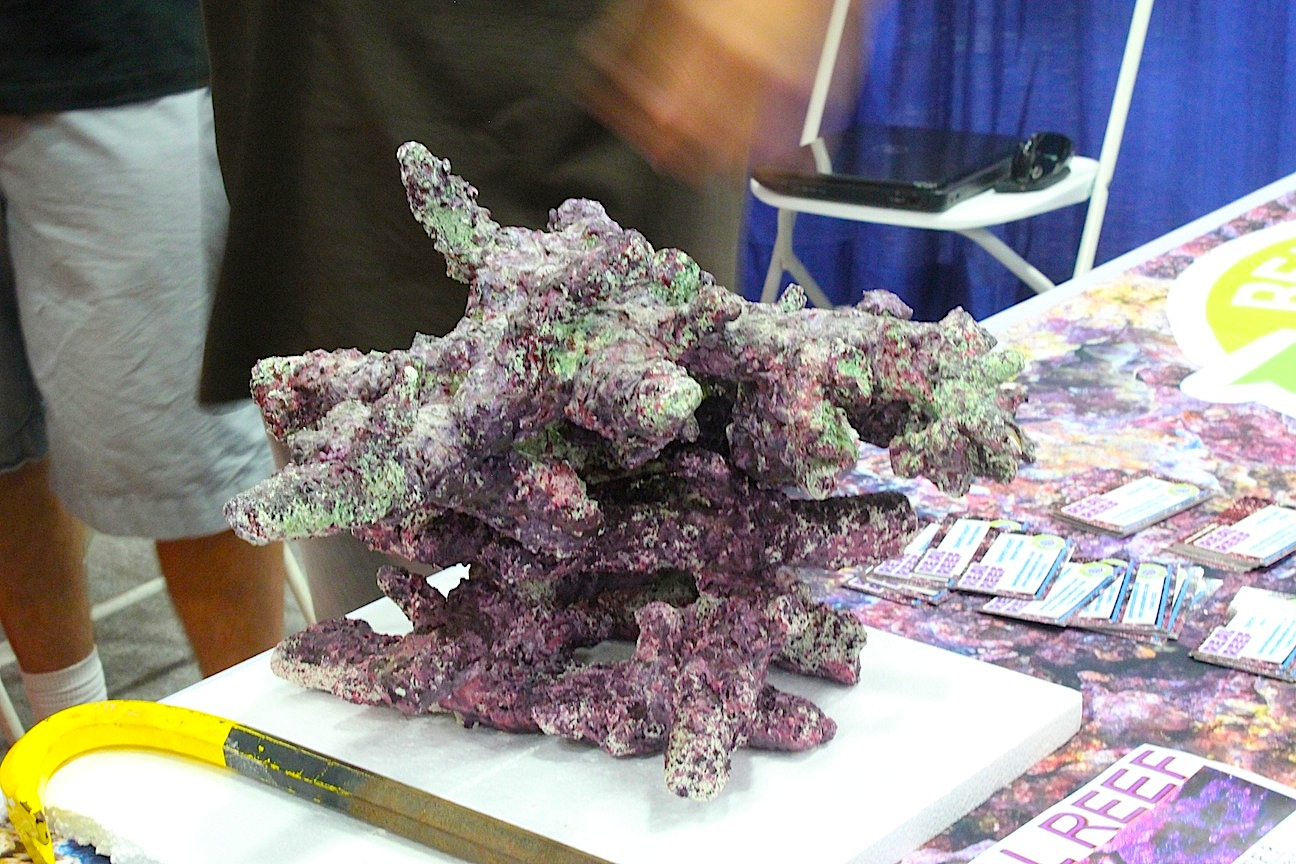 Fish Heads Inc showed off their latest offering to the aquarium trade and it’s surprisingly not fish or corals. While at MACNA, the California-based livestock wholesaler had a booth full of their fairly new Real Reef Live Rock, which is a patent pending  and 100% environmentally friendly man-made live rock substitute. According to the crew at FHI, Real Reef won’t require any curing time in the aquarium, as it is packaged and shipped directly from one of their land-based facilities where it is pre-cured.

As can be seen in the image above, the Real Reef rock comes in some fantastic shapes and sizes, and is also completely covered with purple and green, which are added to the rock to give off the appearance of coralline algae growth. In addition to being environmentally friendly, one of the many benefits to using a product such as Real Reef is the rock will not contain any unwanted hitch hikers. It’s completely clean and ready to be put in your aquarium, though I would allow for some cycling to take place despite FHI’s claims. Real Reef will retail for roughly $7-8 per pound, which may seem a bit pricey for most, but given it’s 100% aquacultured status, we wouldn’t mind tossing a few extra dollars per pound for something like this.