Trending
You are at:Home»Aquarium Equipment»New Salt and Additives Coming from Fluval 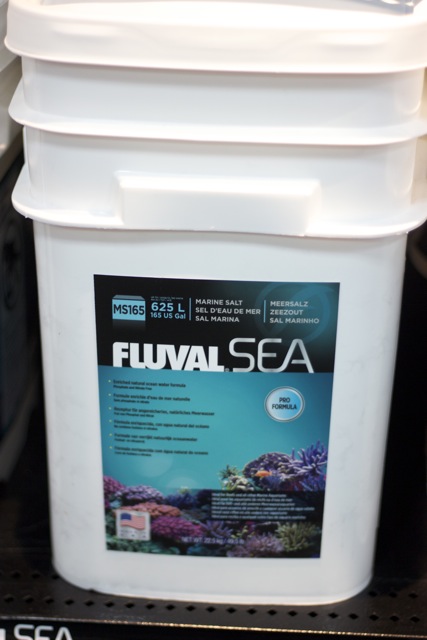 Hagen is releasing a whole new line of products under their Fluval label, but this time they aren’t making aquarium equipment. Instead, they are releasing a brand new line of salt and aquarium additives. According to rep we chatted with at SuperZoo in Las Vegas, the new Fluval Sea salt is a high quality mix with uniform particle size designed to mix cleanly and clearly with little to no cloudiness.  The Hagen rep wouldn’t specifically name other brands in a similar range, but said that they wanted to create a higher end salt without the issues that other salt mixes have, such as not mixing the same result from the top of the bucket to the bottom, as well as dissolving quickly and totally.  Quality-wise, I would Fluval Sea marine salt will probably more along the lines of Seachem’s Salinity, but price-wise it would retail it around Reef Crystals or Kent pricing, but maybe slightly higher. We also found out that the particular rep we spoke with previously worked on the Oceanic salt and did not want to have the same problems which he said Oceanic really had no interest in changing.

Info about the SEA line of additives can be read about below. 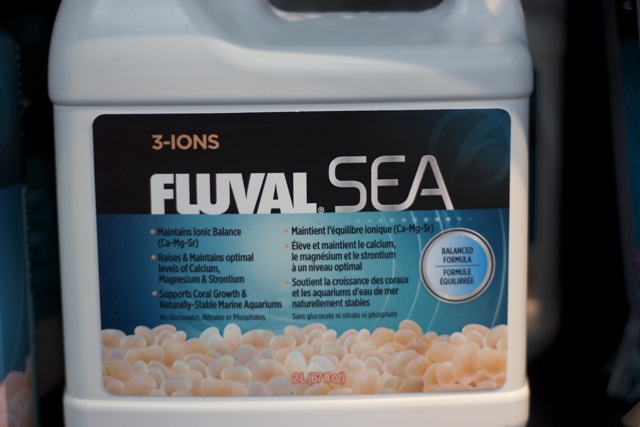 The SEA line also has additives like calcium, iodine, magnesium, alkalinity but the showcase product is the 3 -Ion additive. It is a balanced mix of Calcium, Magnesium and Strontium for single dosing of those three ions. The Hagen representative said it was made not so much for hobbyists that probably already have a dosing system setup, but more for lower level hobbyists and beginning reefers who are doing well but need something simple to use to get better health and growth.  He was very excited about this product especially.