Trending
You are at:Home»Aquarium Equipment»Tek Wave T5 VHO Fixture Shown Off at MACNA 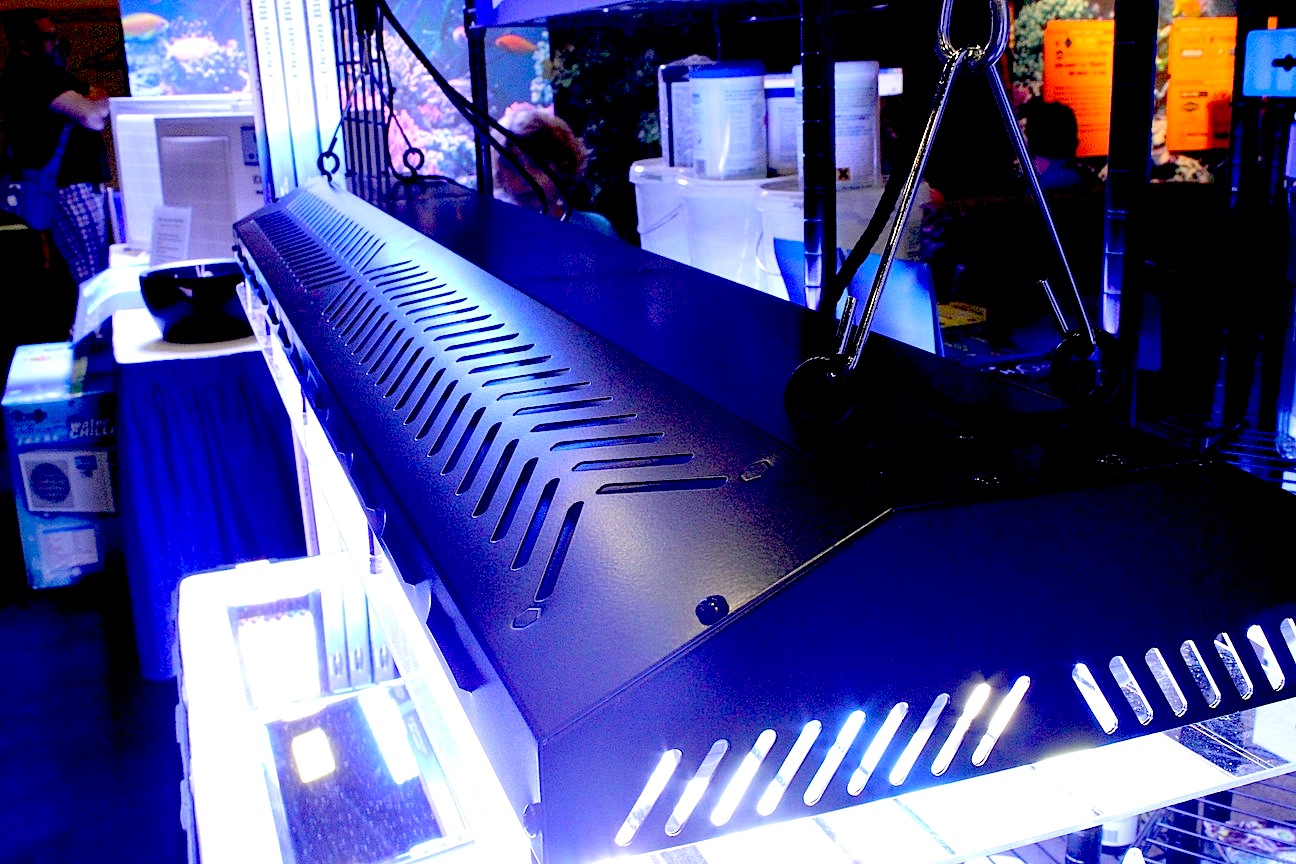 While at the most famous aquarium conference in the US, we spied the all new Tek Wave T5 VHO (very high output) fixture from Sunlight Supply. Unlike traditional T5 high output fixtures, the Tek Wave doesn’t overdrive standard issue T5HO bulbs to increase their output. Instead, the fixture uses true VHO Aqualux T5 lamps that are available in four color choices that include actinic, blue, ocean white (15000K), and ocean day (6500K). The Aqualux T5 VHO lamps consume 95watts each and clip into specifically designed endcaps and are powered by special ballasts. Other than the almost unnoticeable hum of fluorescent tubes, the entire fixture runs dead quiet, as it is passively cooled through convection and some wide open areas for air flow instead of noisy fans. Aiding the air flow through the bulbs is a very noticeable gap between the bottom of the fixture and the polycarbonate splash guard that is suspended several inches below.

The Tek Wave is only offered in a four foot long, four bulb setup, so hobbyists will be very limited as to the size of the aquarium these lights will see any action over. To further limit the fixture’s use, only four bulb colors (those mentioned above) will be offered. Standard T5HO bulbs will not work on this fixture and it is very doubtful that vendors will venture into the VHO T5 market with only one fixture seeing any action over aquariums. To make the uphill battle for use in the hobby even more steep, the LED craze has taken a firm grip on the reigns of the hobby and more hobbyists switch to the newer technology every day. We aren’t aware of any plans by Sunlight Supply to expand the offerings of the Tek Wave lineup to cover smaller aquariums or offer more bulbs per fixture, but in the fast paced world of aquarium illumination, we’d like to think the lighting company has more in store for this fixture, especially since they are investing in an older form of aquarium lighting. 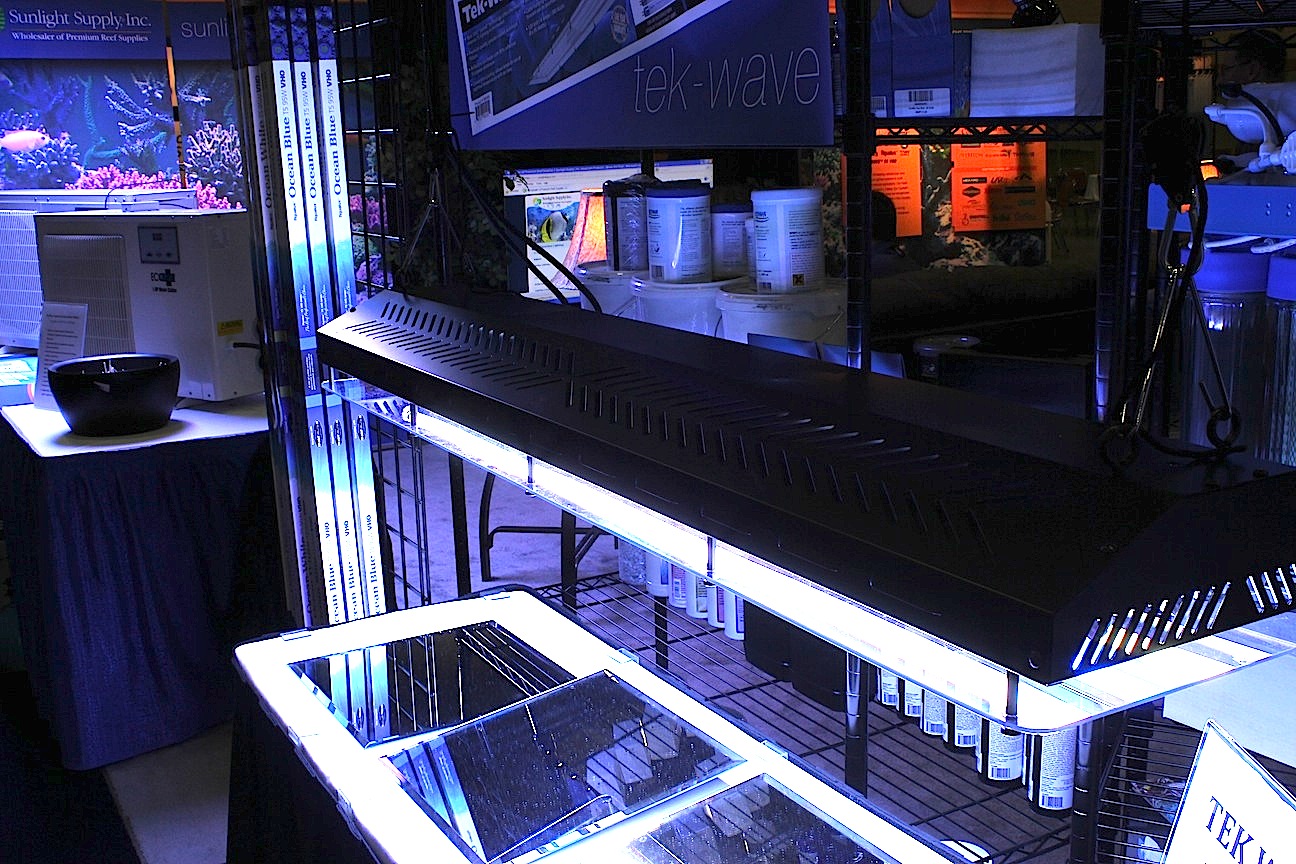 Despite these limitations, the Tek Wave fixture does have several things going for it. For starters, the setup comes in at a very affordable $400 price point. Making the T5 VHO fixture even more appealing is the fact that it is made right here in the US. The bulbs may be produced in China, but the fixtures themselves are built just a little north of the Sunlight Supply headquarters at their Precision Sheet Metal Fabrication & Automated Powder Coating Division in the state of Washington. The other potential perk is the fact that that the T5 VHO technology will appeal to aquarium keepers who currently use T5HO lighting and are wanting a little more, but are too weary to venture into the LED world.