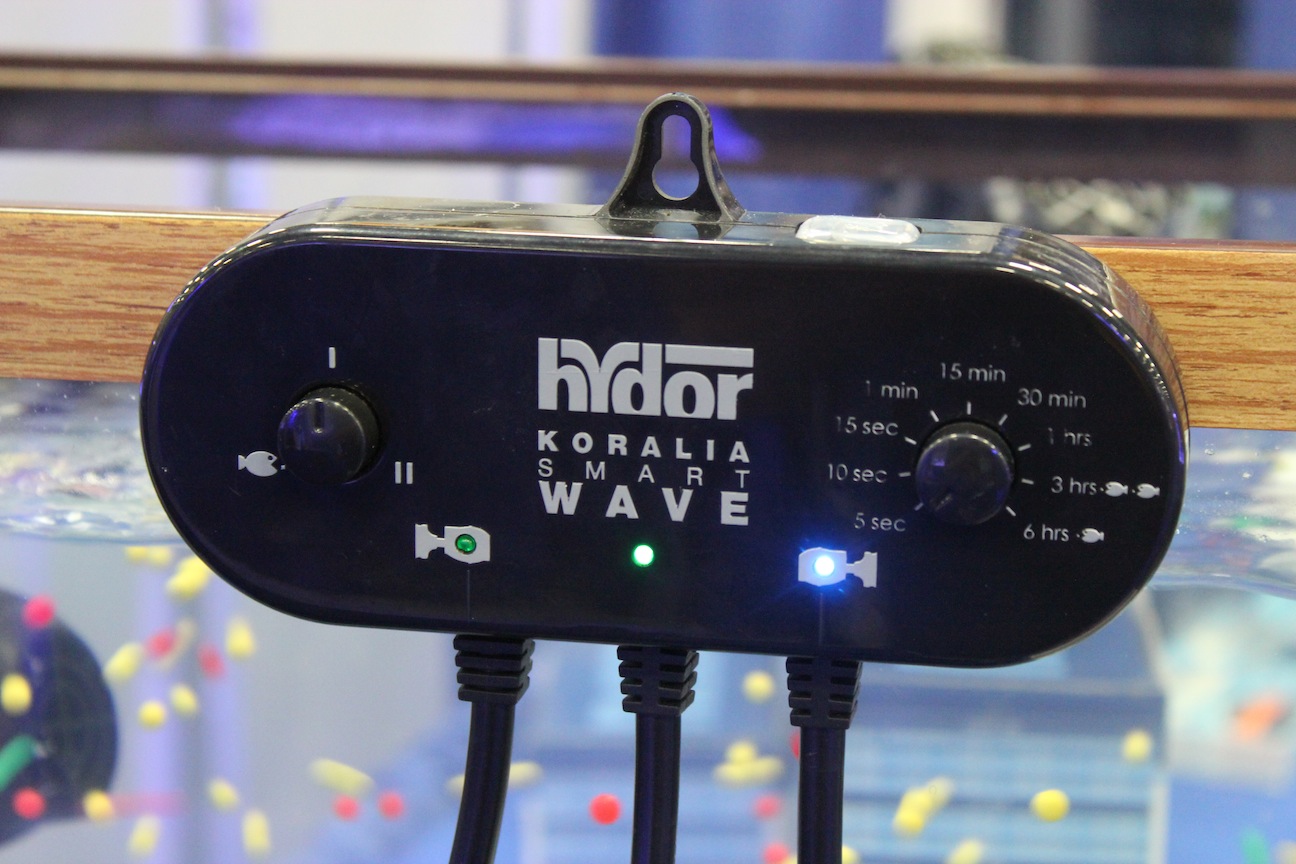 Over the weekend, the crew at the Hydor booth at MACNA showed off their new SmartWave controller system designed obviously with their Koralia water pumps in mind. The very simple yet effective multi-function system has two channels of water flow, though each channel can be expanded to include multiple water pumps. Since each channel has a capacity for 100watts of power flow, a hobbyist could essentially hook up dozens of Koralia pumps on a single controller, though they would all still act as only two separate units. The SmartWave offers two flow modes, a synchronous and alternate mode, with times varying between 5 seconds and 6 hours. A manual mode is also included for turning off the pumps during feeding times. The retail price on the SmartWave is set at $70 and it is currently available to purchase. 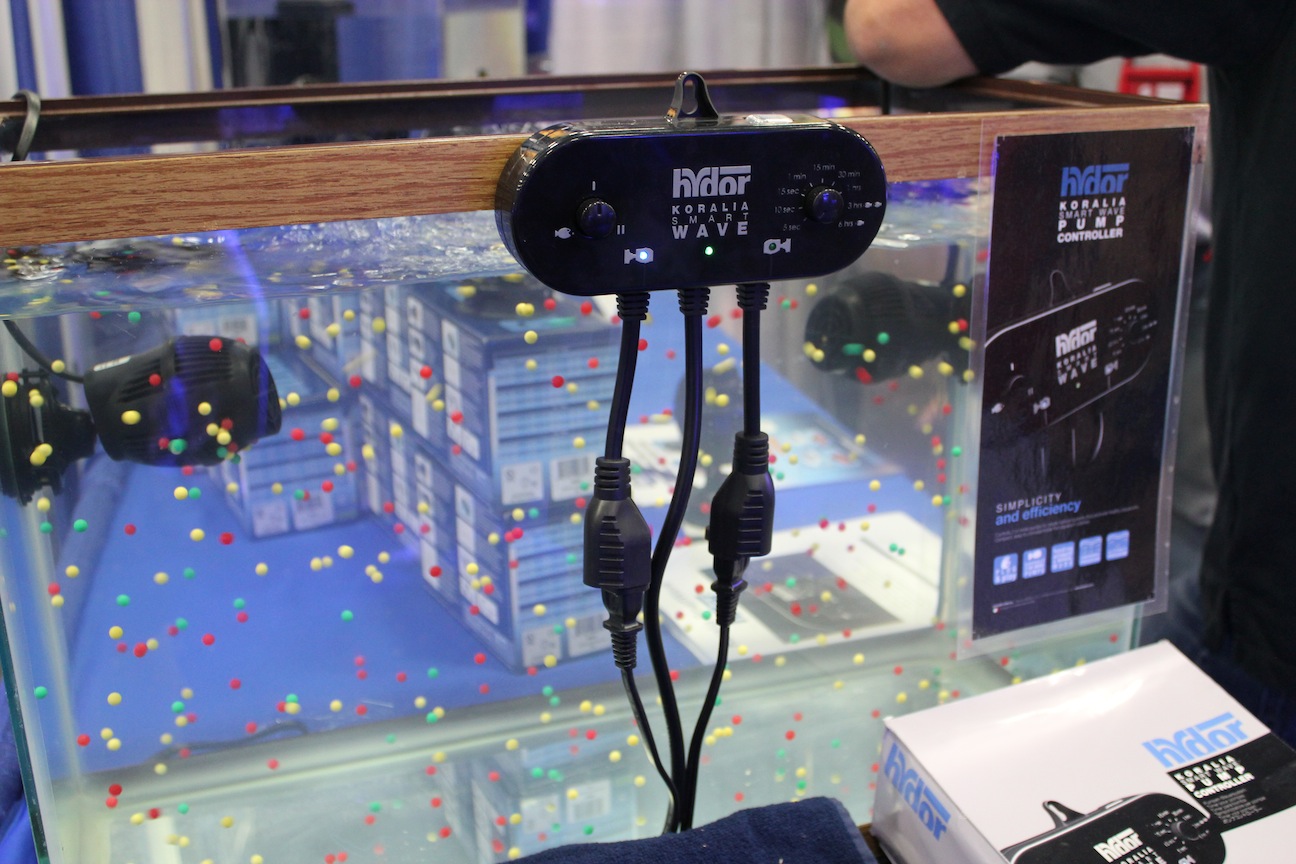 Ever since the Koralia pumps arrived on the aquarium scene a handful of years ago, hobbyists have been hooking them up to wavemakers in order to get variable water flow and pulsing waves in their aquariums. Unfortunately, the only wavemakers available at the time were not designed for the Koralia pumps, and the hard starting and stopping caused issues with the motors over the long haul. At first, the propellers would get hung up, spin backwards, and even make clicking noises during startup. Over extended use, some hobbyists were even seeing pump failures. To solve these problems, Hydor came out with a controller system for the Koralia pumps. The controller would slowly speed up and slow down the water flow being emitted from the pumps, effectively eliminating all of those previous issues, but that system had a few major drawbacks. For one, the controller only accepted a proprietary plug from controllable Koralia pumps. This meant Koralia owners didn’t just have to buy the new controller, but a whole set of new and more expensive pumps. The other issue, which is also tied to the plugs, was the lack of useable pumps. The controller was limited to a handful of pumps, though this lineup would get expanded a little later on. 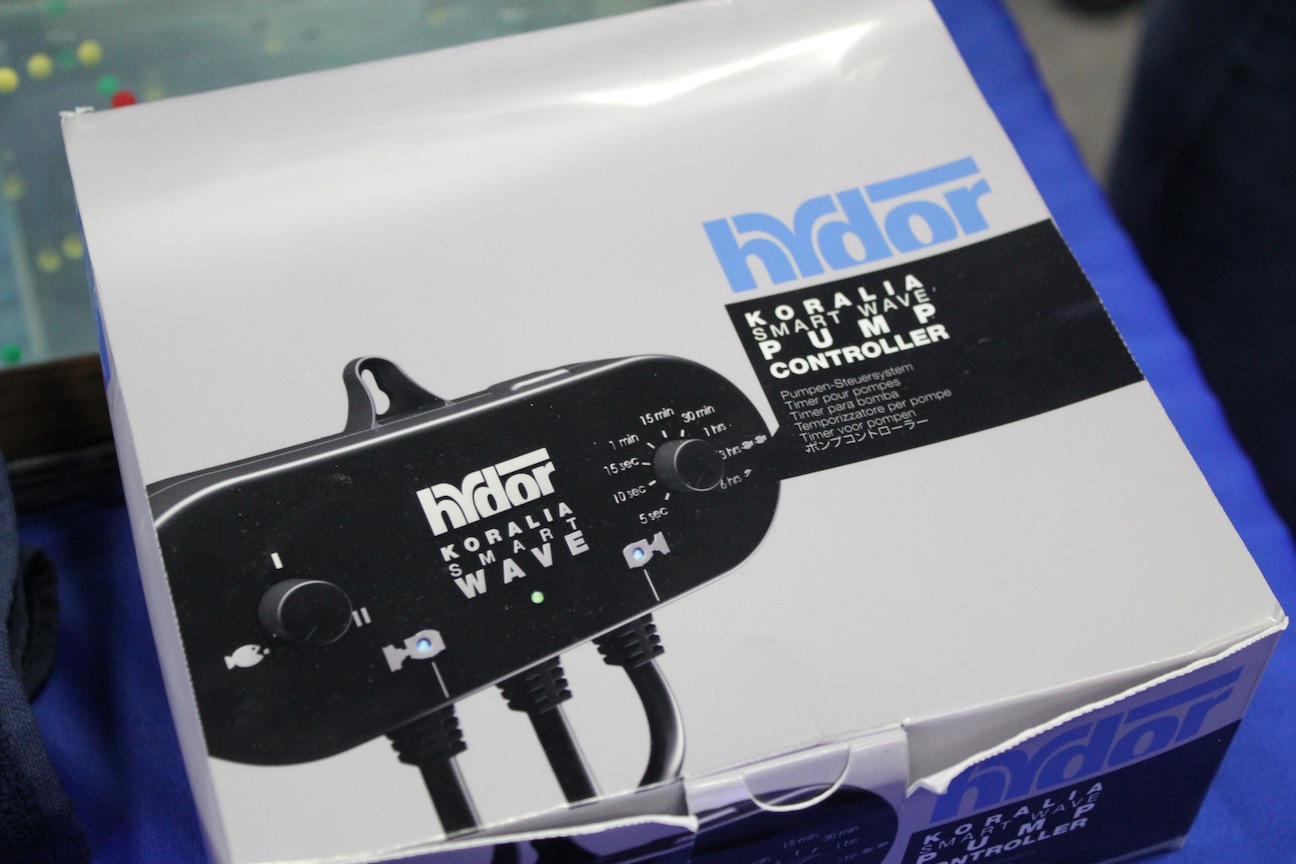 Refining the technology in the Koralia Wavemaker, Hydor has released the SmartWave. Instead of the awkward proprietary plugs, this new controller accepts the typical power plugs allowing hobbyists to use existing Koralia pumps or potentially even pumps from competitors provided they use the same type of current.