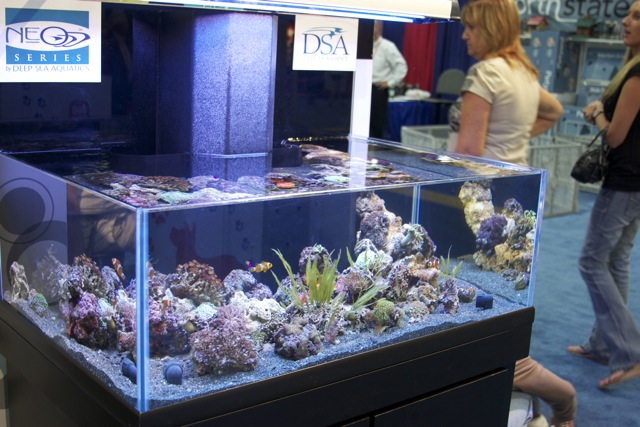 The SuperZoo show in Vegas may have been more focused on the dog-side of the pet industry, but there were a few noteworthy aquarium items. Our focus today is a new aquarium from Deep Sea Aquatics. The DSA Neo Storm 50 aquarium is similar to the Neo Nano tank with the waterfall style overflow that was seen a couple years ago, but the return is where the Neo Storm 50 is really different. From the dual overflows next to the central tower, the water flows to the sump as usual. From the sump, the return pump sends the water into the center tower, filling it, and from there the pressure pushes the water out of an array of holes under the water line. Two of these outlets are located on the bottom of the aquarium, near the front corners of the tank. This is where the majority of the flow is coming from. 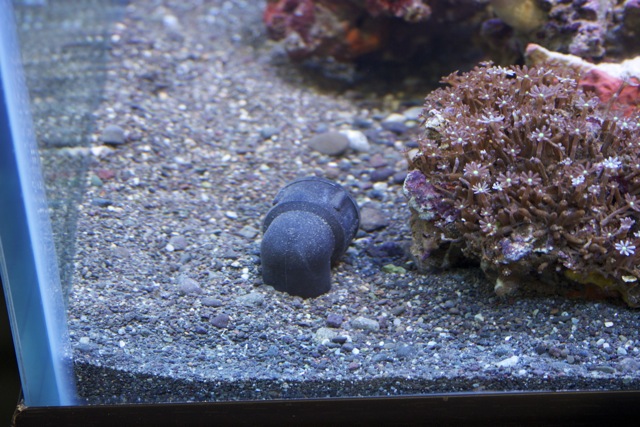 The water movement was great without any prop pumps in sight. The return system is designed in such a way that when the power goes out, the water level won’t drop very much. The return nozzles do not stick out of the sand that much, and the best part is that the surface is completely still for viewing despite the water moving and being skimmed. The president of DSA said it took a lot of work to get it to perform like he wanted to, and despite being calm on the surface, the water flow was pretty significant. No doubt this setup depends greatly on the output of the return pump. 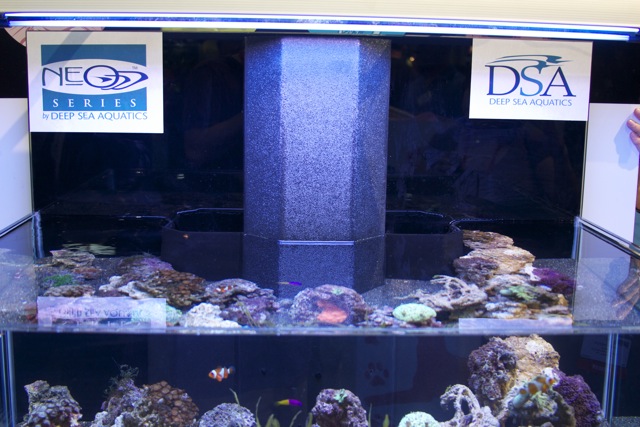