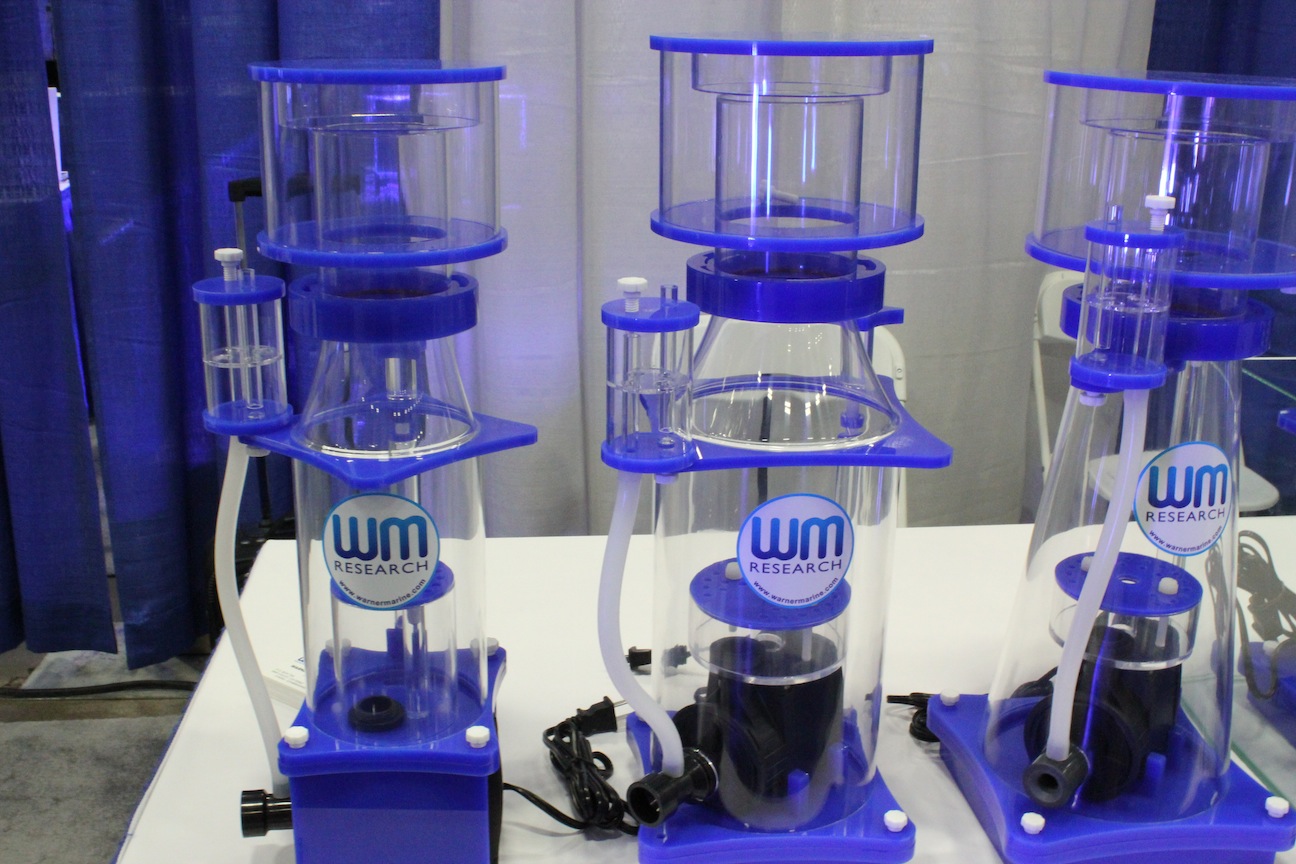 Recently, Warner Marine and Skimz have partnered up to blend the best of both of their products, and the results were shown off at MACNA in full force. We spoke to Jon Warner, owner of Warner Marine, and he stepped us through the entire brand new lineup of MF Series protein skimmers. The new skimmers have the Skimz Monzter protein skimmer bodies and pumps, but offer up a few new features and slight modifications that Jon personally picked. These include the famous Warner Marine bubble diffusing plate, how the neck transition is attached to the skimmer body, and blue colored trim and accent pieces. Regarding the neck transition, the Warner Marine MF protein skimmers differ only slightly than their Skimz counterparts. Jon saw a potential design flaw in how the transition was glued into the body of the skimmer, which could potentially break if a lot of downward force was placed on the collection cup. With this in mind, Jon simply made the transition more robust.

A couple of more photos can be seen after the break, and there’s also a Nano MF Series protein skimmer from Warner Marine that we’ll discuss at a later time. 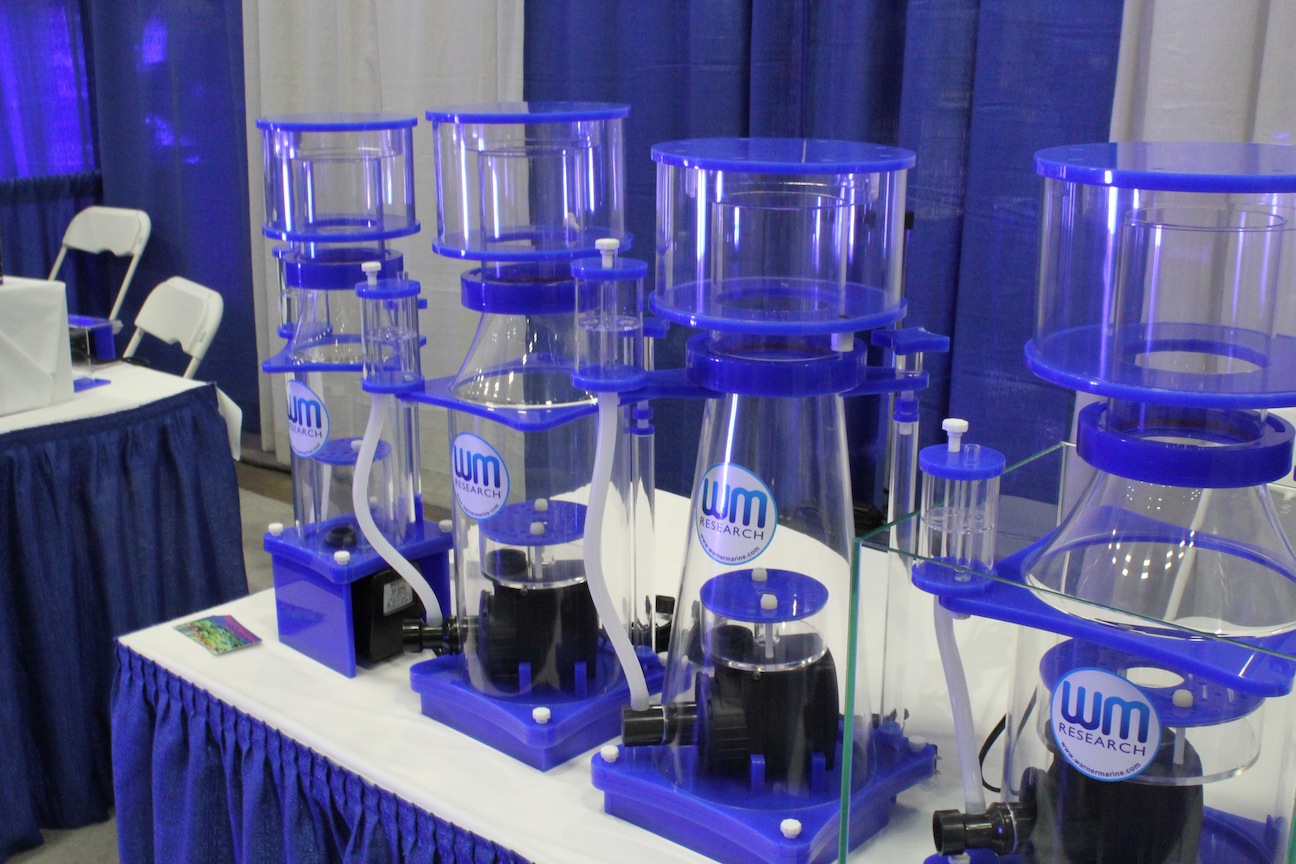 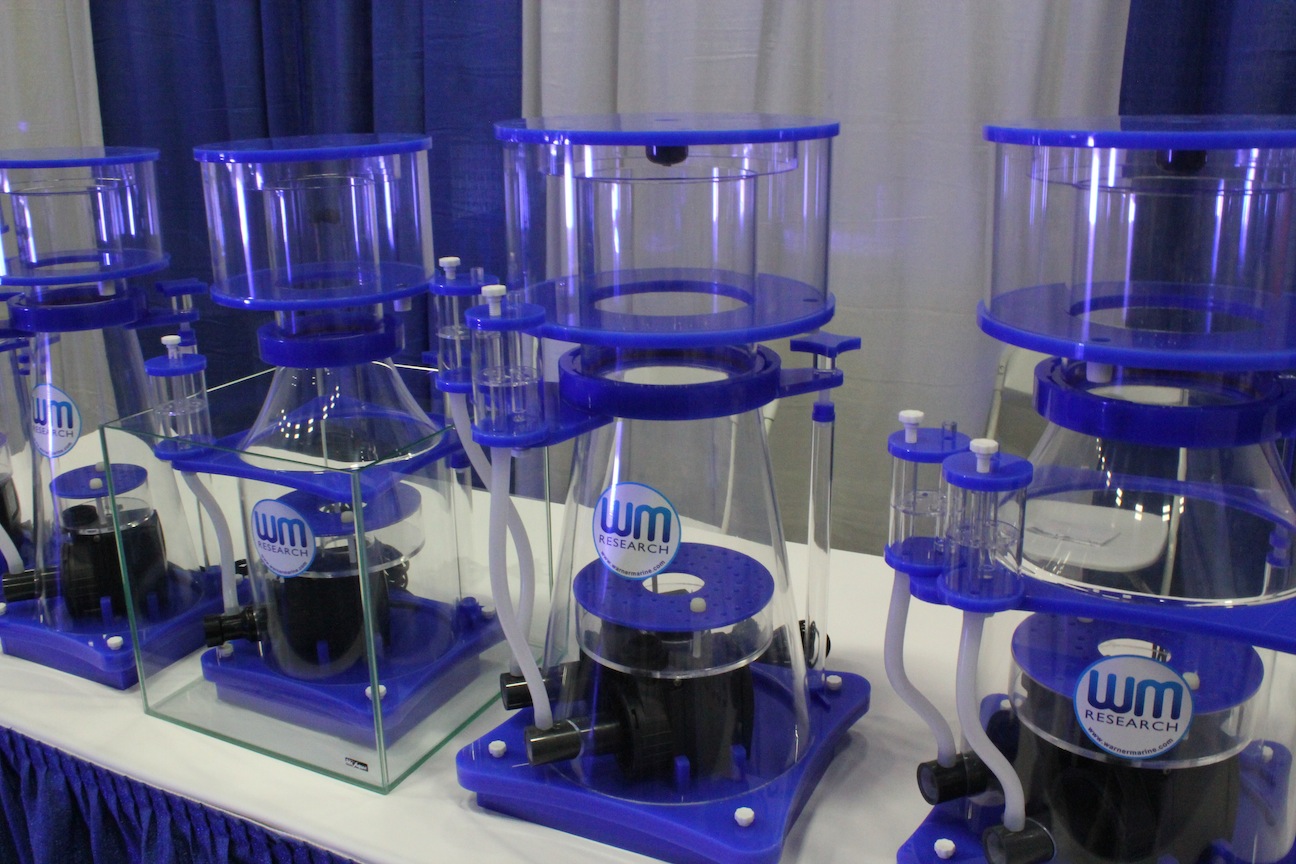