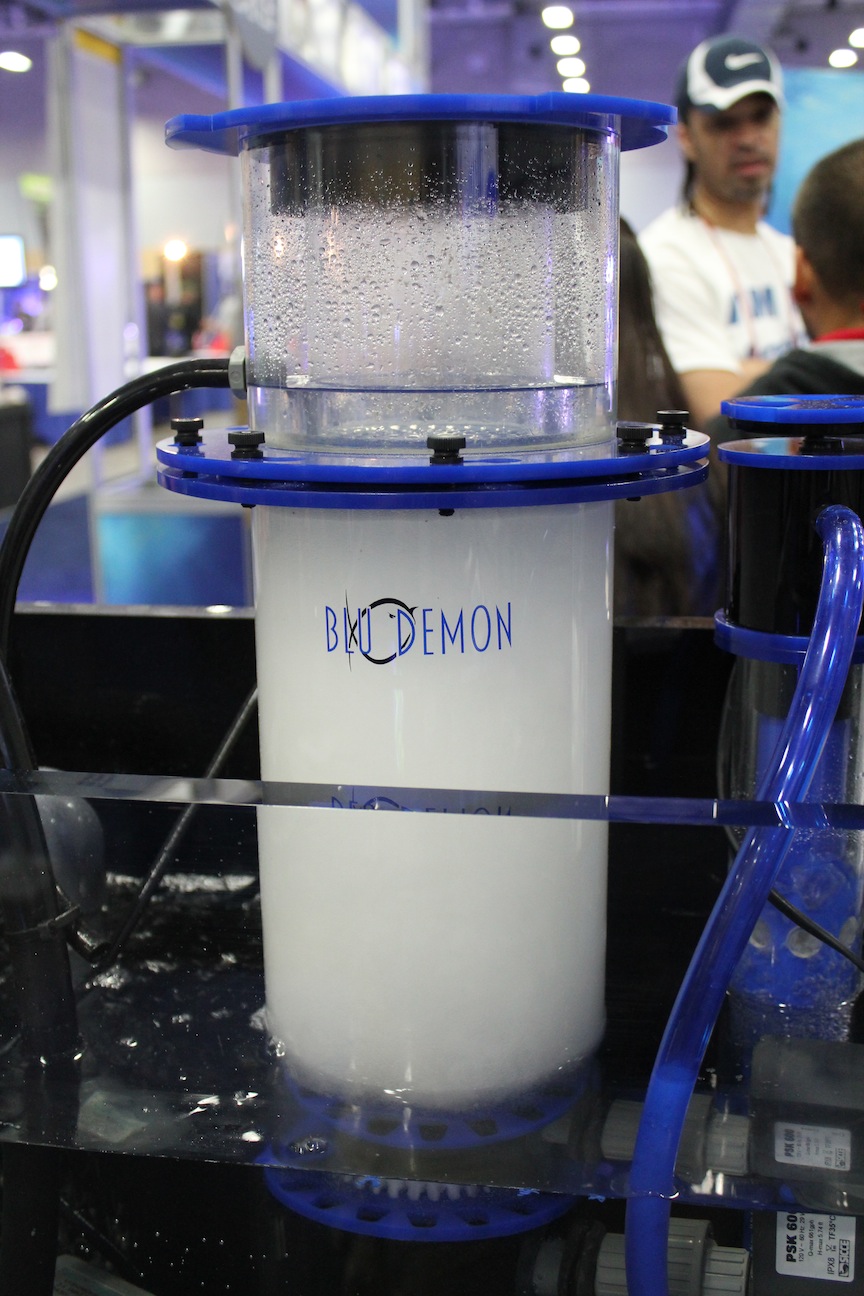 Most protein skimmers seen on the aquarium equipment market are mainly just copies of each other, with companies changing only a handful of little things to make the skimmer their own. Instead of going down the same old beaten path, the guys at Bashsea have ventured off to pave their own with their new Blu Demon line of skimmers. The Blu Demon protein skimmers don’t have the cone shape that everyone else is going with, but use the traditional cylinder. The reason the cylinder is still loved by some is that it not only holds more water, but is also believed that the shape inherently increases the contact time of air with water. 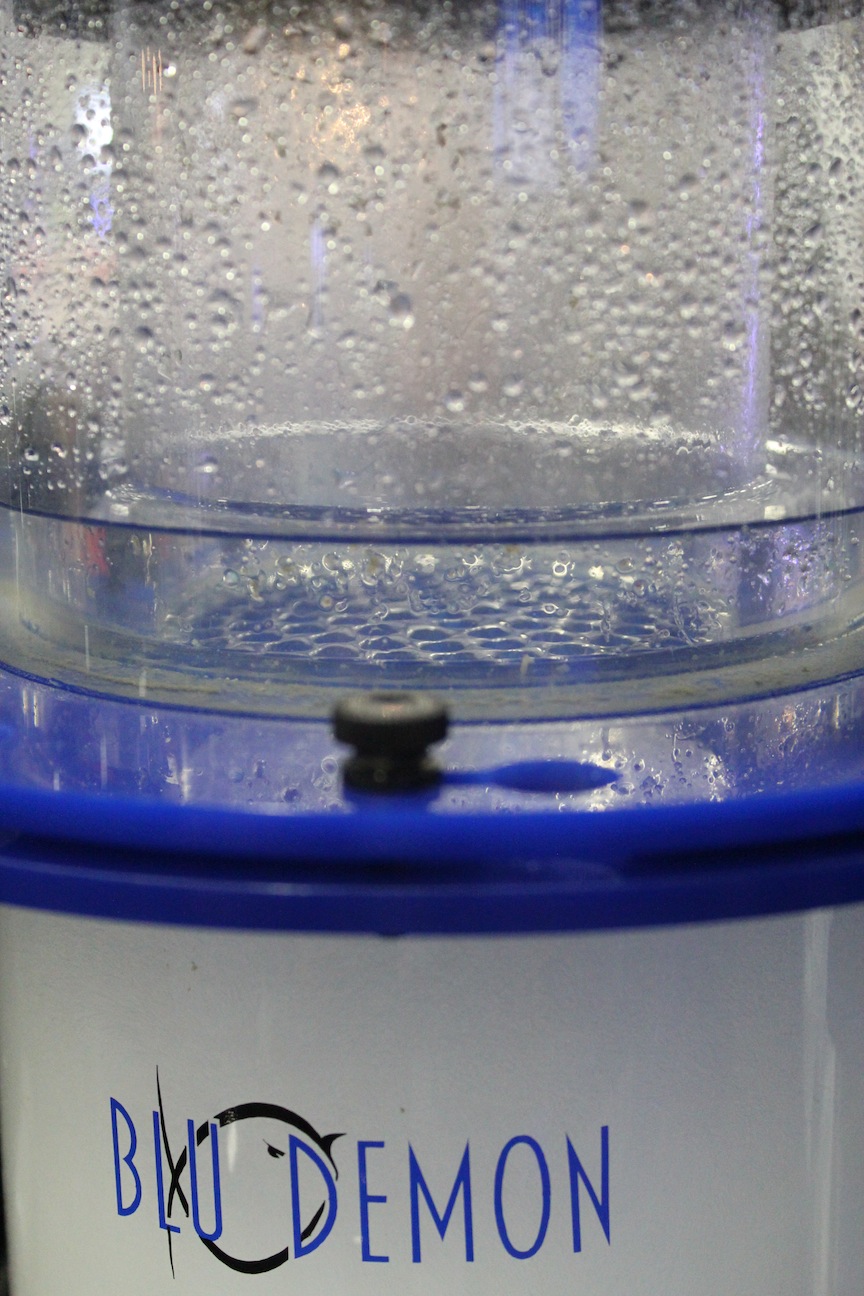 Continuing on with the unusual features, another notable difference from the norm is the presence of a bubble plate located all the way up in the bottom of the collection cup. The skimmer has a primary bubble diffuser down in its body where water is injected, which is where most skimmers have them, but the secondary bubble plate is something completely unique to the Blu Demon. Presumably, this keeps the bubbles as small as possible for as long as possible, while at the same time increasing the dwell time of the water in the skimmer. Both of these allow the skimmer to collect waste more effectively and probably help make the Bashsea Blue Demon a solid performer.

A third somewhat unique feature is how the needlewheel pump draws air and water into the skimmer. The skimmer is an internal model, but the pump is located up on the body much like an external skimmer. The pump points its intake down into the acrylic base plate and draws in water through a different looking custom volute on the Sicce PSK1000 pump. The design is similar to that seen on the new ATI PowerCone, but it’s hard to tell if the two pumps function similarly just by looking at the images. The water is definitely drawn into the pump on the outside of any vortex that is created by the suction, but it’s hard to tell if the air is injected directly into the middle as seen with the PowerCone. We would have asked more questions at MACNA, but that little feature was hard to spot with all of the equipment distracting us. With the intake  being similar to that of the ATI protein skimmer, we’re wondering if the impeller is a traditional needlewheel or something wild like that of the PowerCone.

Besides all of the new features, the Bashsea does have some more traditional ones. These include a drain line on the collection cup, parts that can be disassembled for easy maintenance, an air silencer, and a knob for adjusting the water level within the skimmer. A matching skimmate collector is also available. The Blu Demon isn’t quite available to aquarium keepers at the moment, but once they are, we’ll update with price details and whatever other information we can dig up.