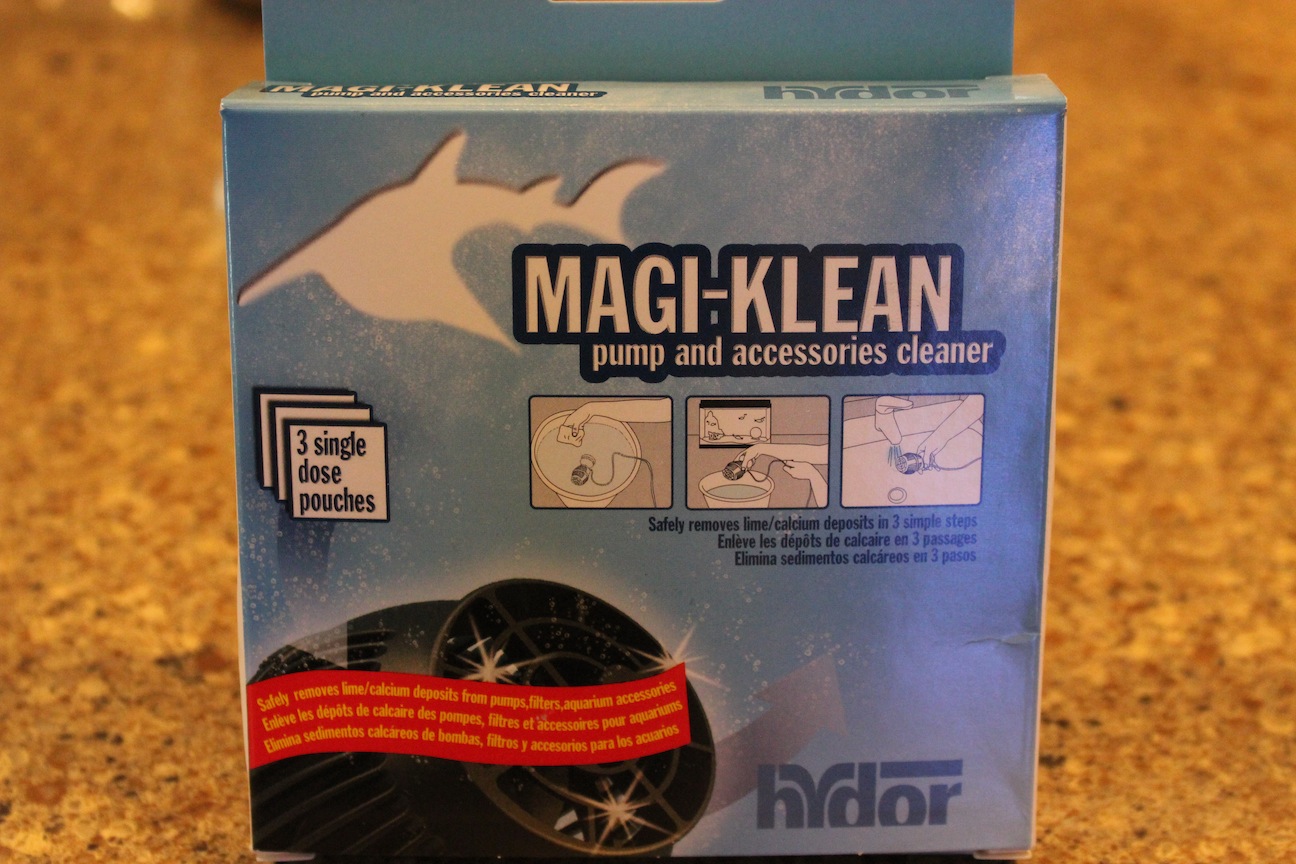 Last month at MACNA, we stumbled into the Hydor booth and chatted away with the guys about pretty much their entire lineup of products. We drooled over their new SmartWave pump controller and eyeballed their Slim Skim protein skimmer, but it was a different product that we got a little more personal with. One of the freebies Hydor was handing out at the show was a product called Magi-Klean, a product designed to clean aquarium equipment. Naturally, we asked how it was different than the standard issue vinegar that hobbyists have been using for years to clean their water pumps, to which the Hydor rep said that the Magi-Klean was far less harsh on the equipment than vinegar. I’ve never personally had a problem with vinegar, but the rep stated that many customers were having issues with vinegar damaging plastic pump housings and electrical cords, so we decided to give it a try. 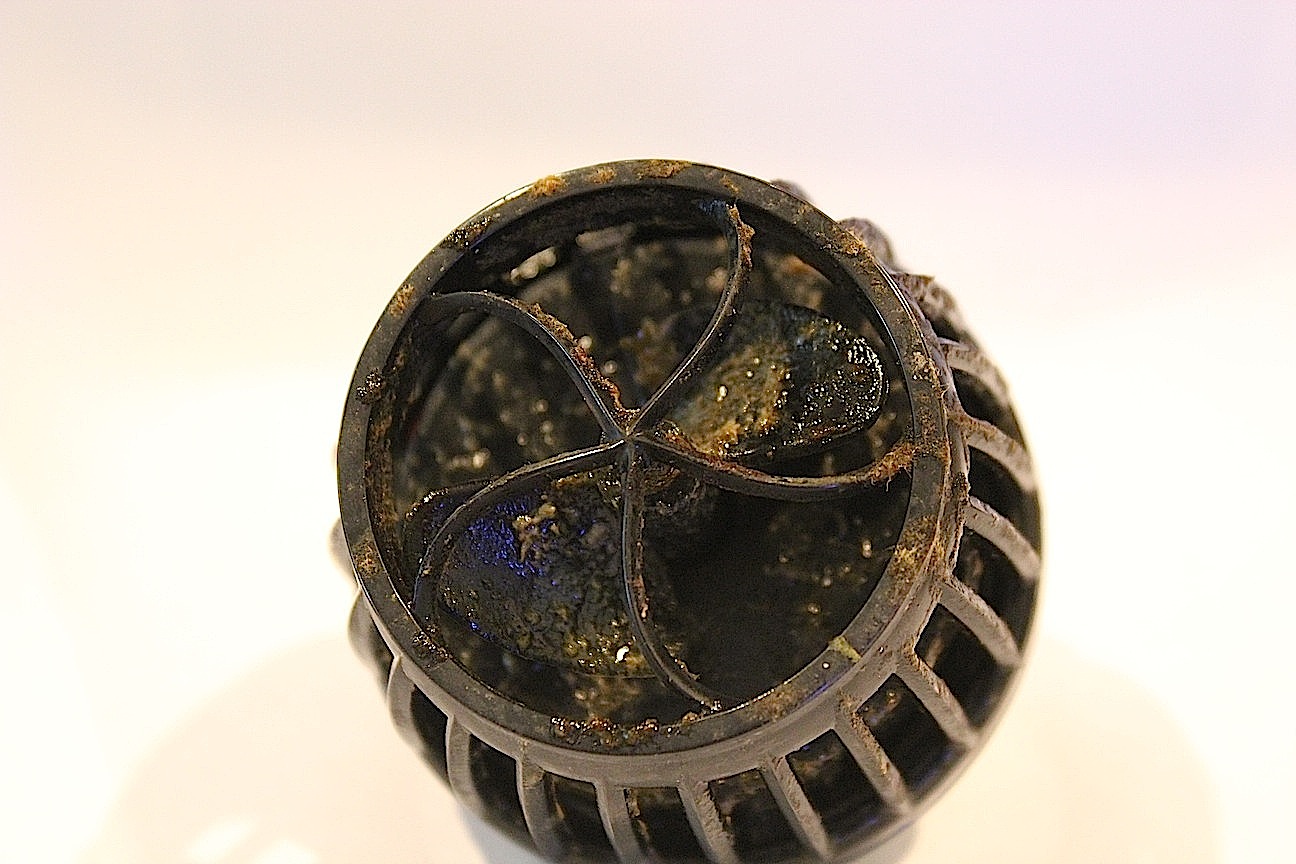 To test out Hydor’s Magi-Klean, we had to find the perfect candidate, that one pump that was coated in hard to remove algae and calcium buildup. We took the wetside of a VorTech MP10w ES that fit that description and got to work. We started by rinsing off all of the loose debris in the sink, then we dunked it in the Magi-Klean solution. We followed the directions to the “t”, mixing up two packets of the Magi-Klean powder into one gallon of fresh water. The VorTech wetside was placed into the solution and allowed to sit for two hours. We periodically shook up the solution, with each shaking knocking off more and more of the buildup. At the end of the two hours, we took the pump out and ran it under warm water, again making sure to follow the directions precisely.

The Magi-Klean performed just as it should. The algae and calcium buildup on the pump either dissolved completely or fell off, littering the bottom of the bucket. And the best thing about it all was the complete lack of smell. With vinegar, the entire room would smell. However, the Magi-Klean is odorless for the most part. And at $10 per box of three packets, the equipment cleaner is also affordable. Sure, vinegar is cheaper, but with vinegar you also get the associated odors and the possibility of damaging some equipment. For those reasons alone, we feel the Magi-Klean is a very useful product and it’s one that will be replacing my jug of vinegar. It should be noted that we did not run the “dirty” pump in the solution, nor did we have a separate pump circulating it. We feel that if a pump were being used to circulate the water, or the dirty pump actually allowed to run, the Magi-Klean would have been even more effective. But, we wanted to follow the manufacturer’s directions as close as possible.

Here are some before and after photos. Please take note that there are some lighting differences between each photo, which may conceal some algae. 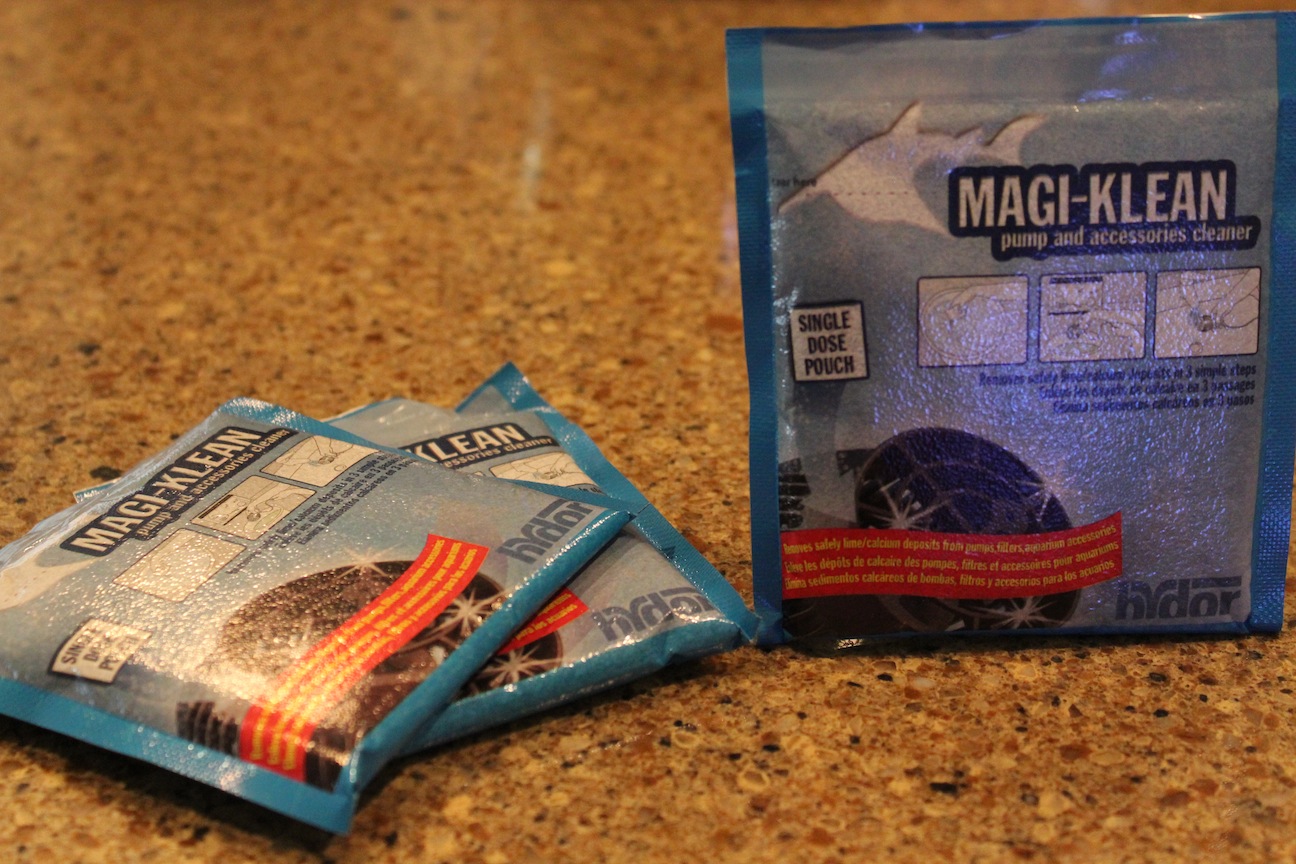