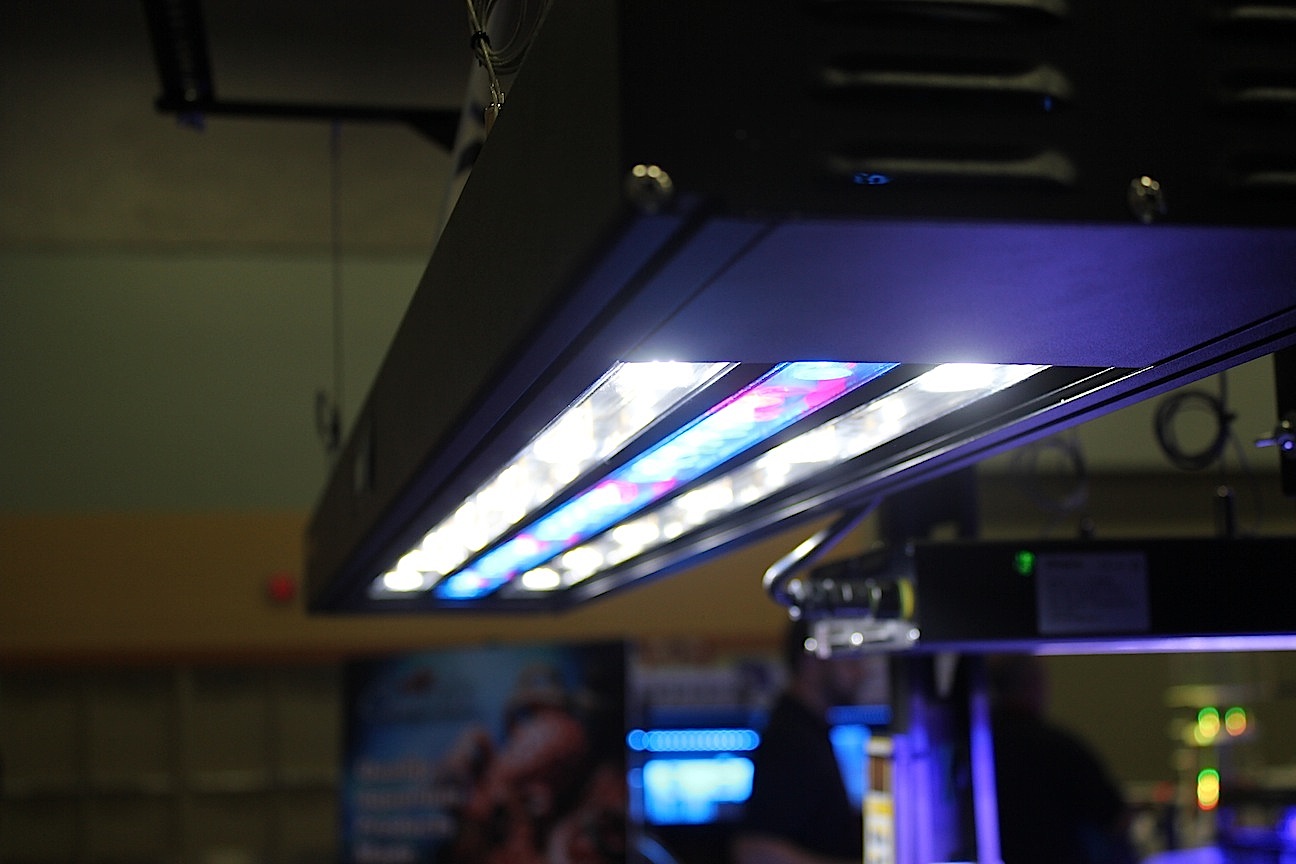 While cruising the vendor hall at at MACNA 2011, we came across the latest rendition of the Pharos LED light fixture at the CoralVue booth. This 3rd generation light runs Cree LEDs like many others, but where it stands apart is how those diodes are driven. The Pharos is the only light fixture to drive the Cree XML 7500K LEDs at their full 10watt rating, of which there are 12 with each using 60 degree optics. To keep the fixture from being too yellow and to round out the color spectrum, the Pharos also offers 8x Cree XPE Blue, 8x Cree XPE Royal Blue, 4x Cree Red, and 4x 420nm purple LEDs. It should be noted that the purple LEDs are not Cree emitters, since those don’t exist at this point. The actual brand name of the purple LED is unknown at this point. Each of the blue, red, and purple emitters are driven at 2.5watts and use 45 degree lenses. The built-in controller allows the LEDs to be controlled on multiple color channels that are independently adjustable from 1 to 100%. The controller also has preset programs for sunrise and sunset, cloud simulations, and lunar cycles. 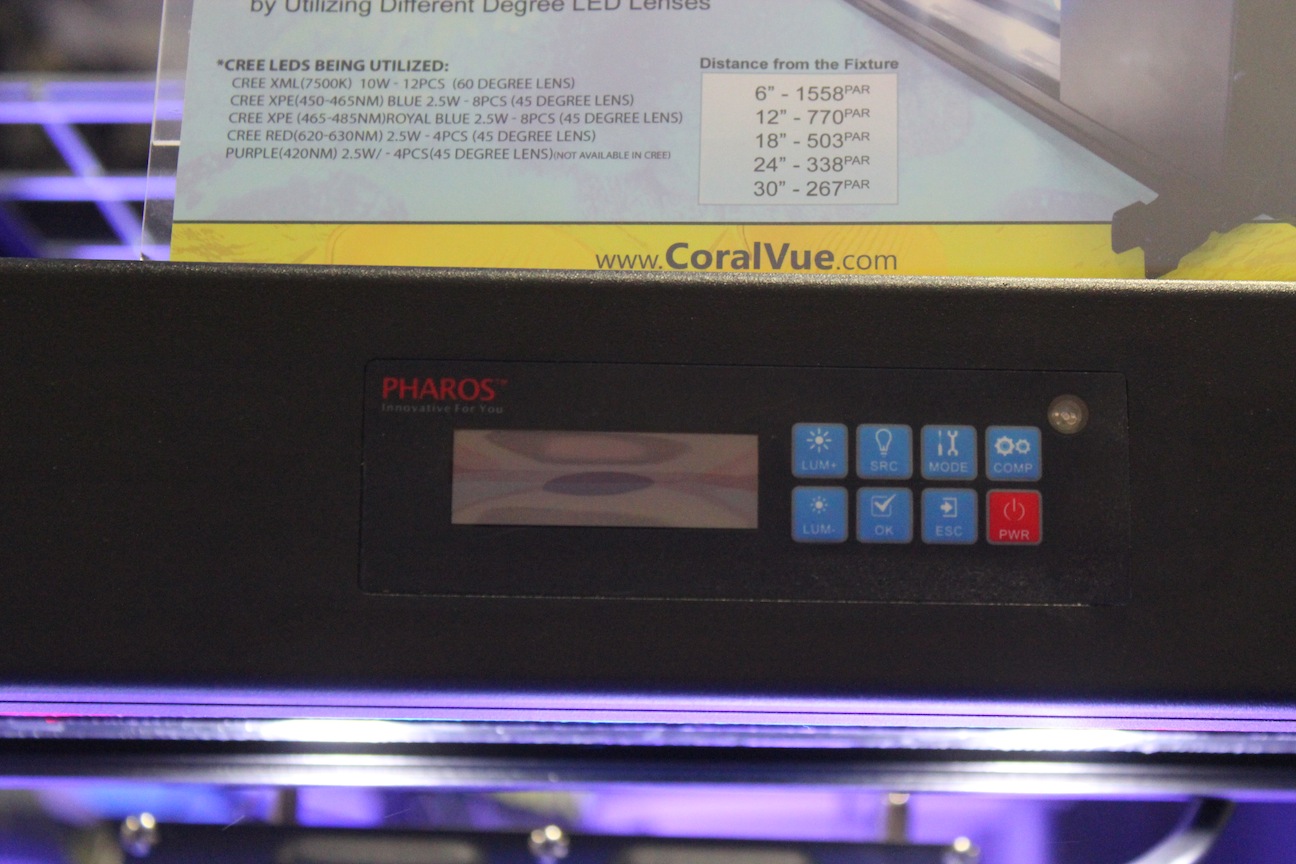 The Pharos, surprisingly, doesn’t use fans for active cooling. Instead, the high power LEDs are cooled via “Innovative Natural Convection Cooling” according to CoralVue. This means hobbyists won’t hear the fixture running in the background, and can instead focus on the aquarium instead of the noise. The second generation Pharos was available in 24″, 36″ and 48″ fixtures, and even though CoralVue only showed off the 4-foot version, we expect the 3rd gen fixture to be available in these lengths as well. 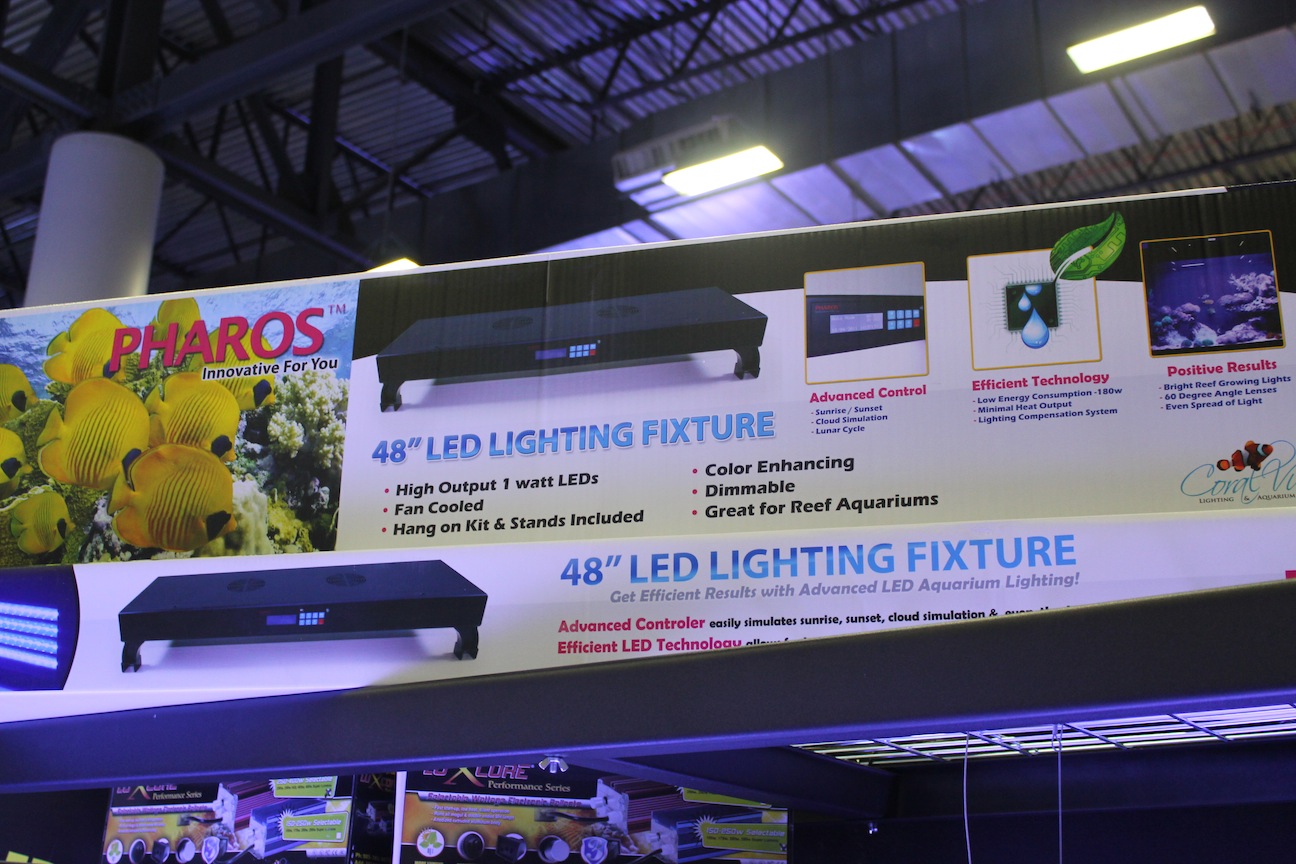 We don’t having price figures for the Pharos 3rd generation LED fixtures, but we do have some PAR numbers. These are provided by CoralVue and were all taken through the air, as opposed to the water).

And here’s an image of the PAR meter that CoralVue had at their booth, with the probe sitting on the floor roughly three and a half to four feet below the Pharos light fixture. As you can see, even at this distance, the light was hitting 115 PPFD through the air. 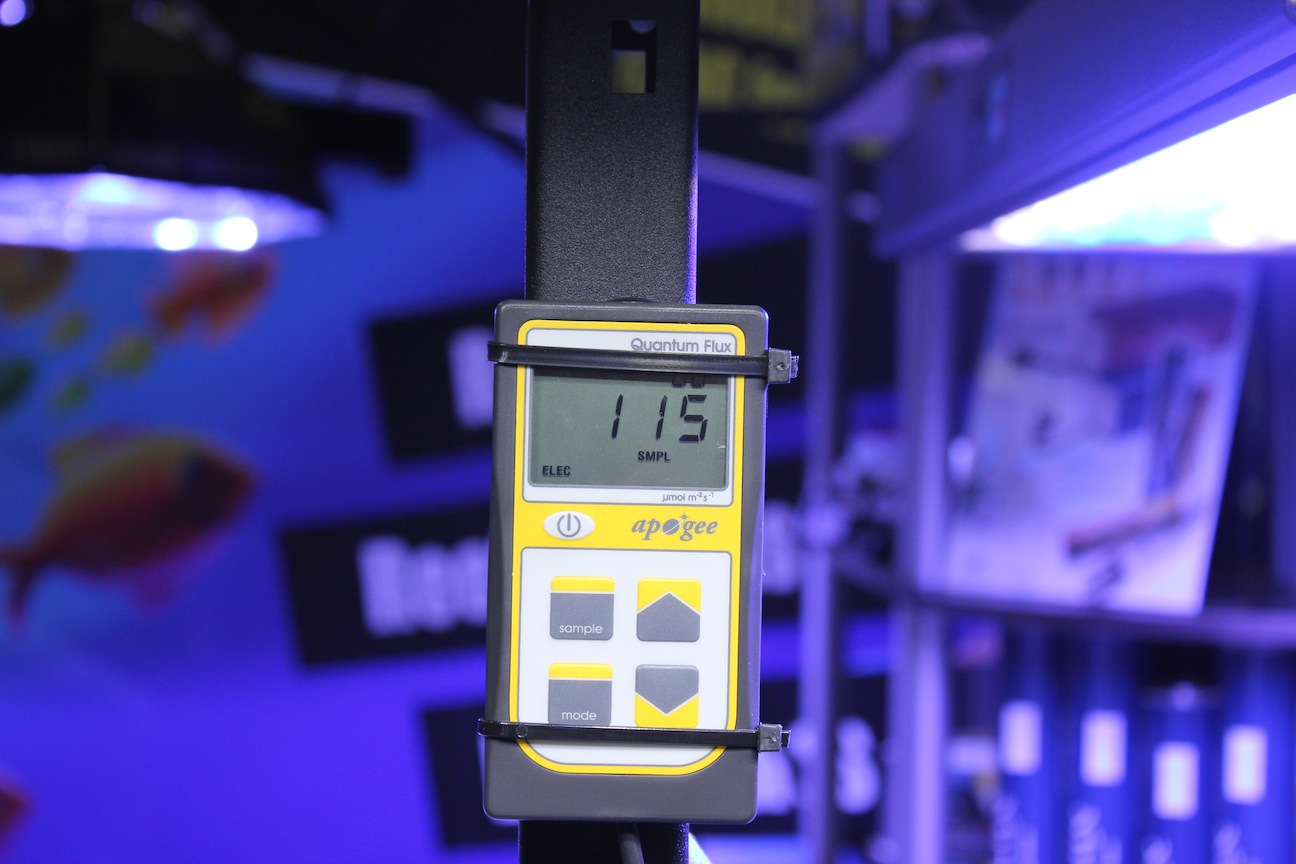