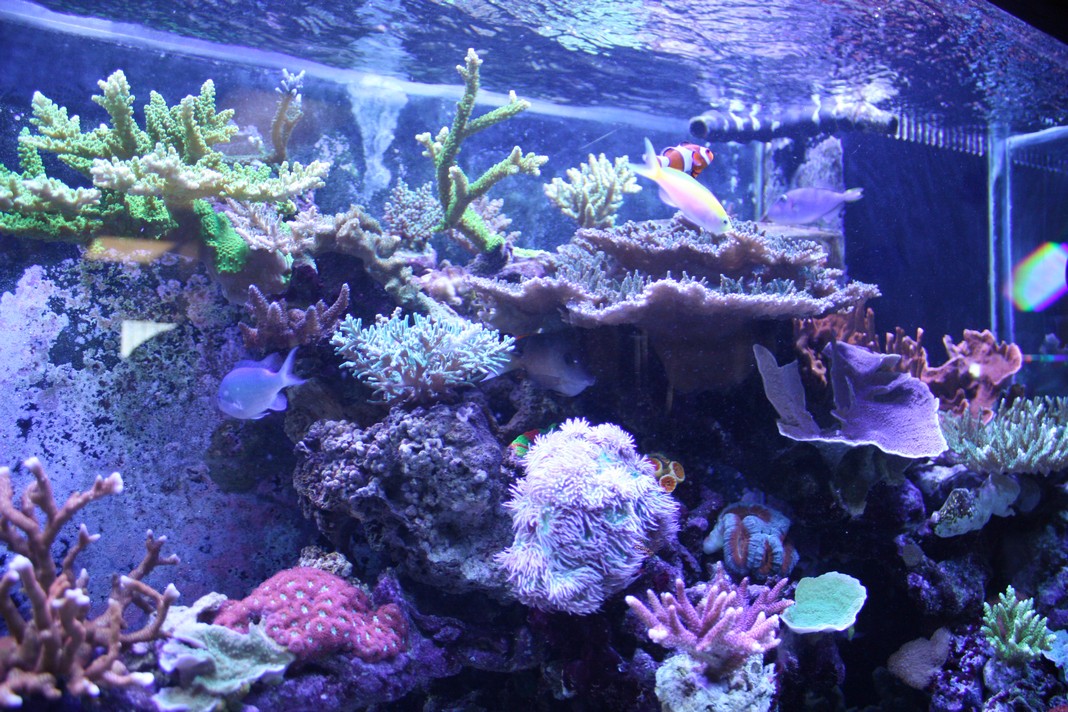 Over the last few years, the US economy has experienced some volatility, to put it nicely. The aquarium hobby has been hit rather hard in particular, as it’s not a necessity in most households. I say most because I think I would go crazy without some form of reef life in my living room and I would probably go broke hanging onto that last gallon of saltwater. I was recently chatting with the owner of a local fish store about the current state of the hobby, and to my surprise, he stated that both livestock sales and fish availability have been down despite his store receiving a nice fish order that very day. During our conversation, I assumed he was talking about his store alone, but before I could get a word out, he clarified that this was supposedly happening nationwide. It is a very common practice that store owners talk to livestock wholesalers about what’s going on in the fish world, especially about what other local stores are ordering. After all, you do want to at least keep up with what the competition is doing. In these conversations, multiple wholesalers indicated something more grim; livestock sales are down nationwide and at least one of the smaller suppliers has considered going out of business altogether.

Economics play a key role in this situation, but it’s not the only factor affecting fish availability.

Part of the problem with the recent livestock slumps comes in part because of certain religious holidays that are viewed in parts of the world where a majority of fish are collected. Because many of the fish collectors are Muslim, the month long celebration of Ramadan takes a toll on livestock collecting. During this religious holiday, work is forbidden for the most part and the hobby takes a sizable hit. Please understand that we are not knocking anyone’s religious views by stating this. We are merely pointing out that participation in the holiday has impacted fish availability for aquarium hobbyists in the US.

Another factor in the fish trade is natural disasters. For example, Thailand has been flooded constantly over the past four months. Almost 400 people have lost their lives in this disaster. This obviously draws attention away from collecting fish and onto self preservation and survival, but it’s just another thing affecting collecting for the aquarium trade. Couple that with the earthquake Japan is still recovering from, and you’ve got fewer people in the water collecting.

Getting back to the global economic situation, we understand that aquarium stores will come and go, and because most aquarium stores operate on a very narrow margin, even the good ones are susceptible to economic pressures and many may close up shop. We strongly support local and online retailers who do things right, and we encourage aquarium keepers to do the same. Find a retailer that properly houses their animals, provides good customer service, and does their best to sell fish and corals to only those who are equipped to handle them. Avoid the retail chain stores and the mom-and-pop businesses that have a complete disregard for reef life and help keep the good ones in business. Obviously, we don’t suggest that you stretch your finances thin in an attempt to prop up your local fish store, but the next time you do have the extra income to throw at your hobby, try to buy from the store that helps our hobby instead of one of those that hurt it.