Trending
You are at:Home»Aquarium Equipment»MACNA is Where the Big Boys Play 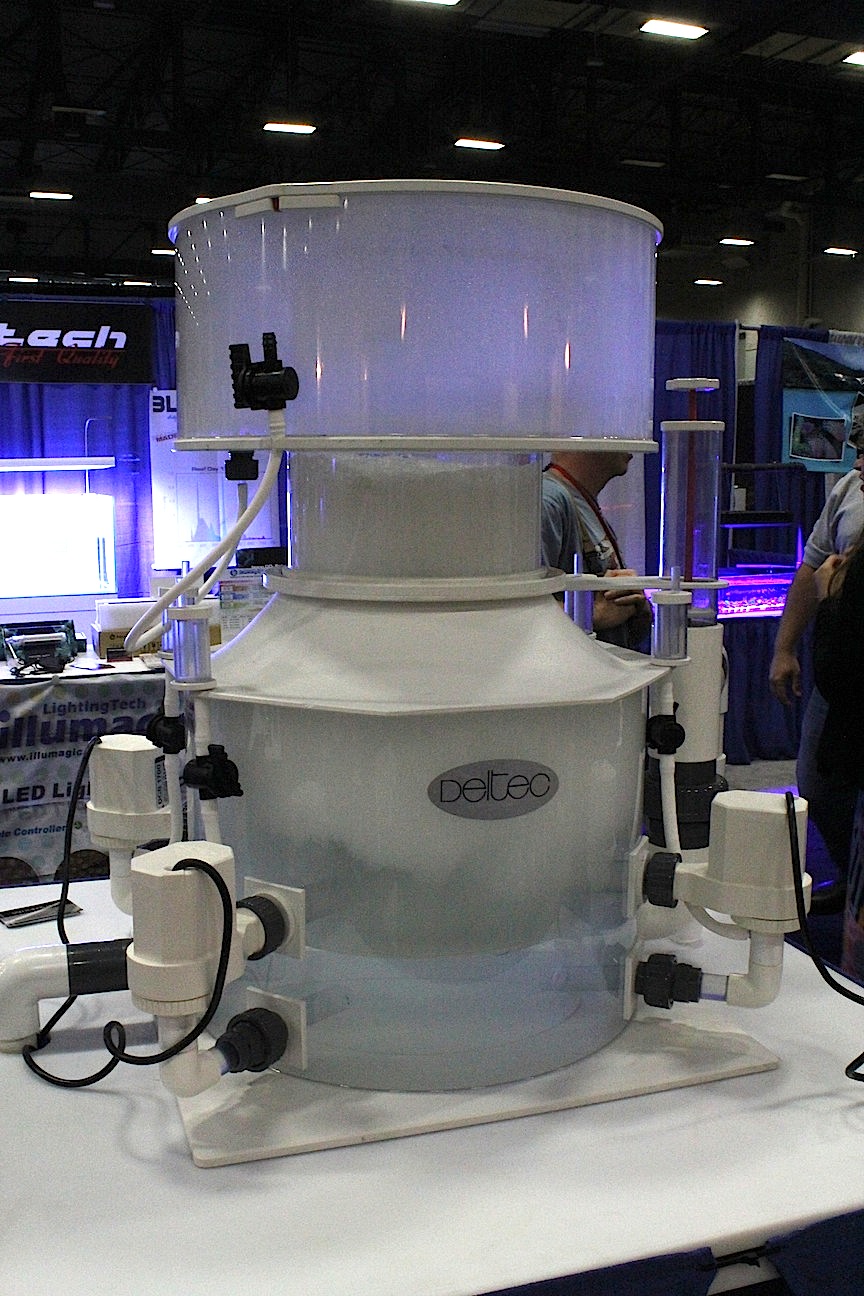 Even though it’s already been over a month since we walked the halls of MACNA 2011 in Des Moines, we’ve still got plenty of aquarium equipment to talk about. One thing we thought would be fun to share are the massive protein skimmers that were on display at the event. We found four huge protein skimmers, who collectively had a tank capacity rating of well over 15000-gallons, and each either stood very tall or had an enormous footprint. We’ve outlined each of the gigantic skimmers below, including as much information about their tank ratings as possible. And even though most hobbyists could never logically justify such beefy pieces of equipment, it’s always fun to dream right?

Pictured at the top of the page, this massive Deltec protein skimmer can handle even the largest of residential systems and probably even most commercial aquarium systems. Standing at nearly three feet tall, it is the single largest production model protein skimmer currently being offered from Deltec and has an aquarium rating of roughly 3700-gallons. It features four needlewheel pumps, a double chambered body, and a very nifty bubble plate that is said to reduce the required height typically seen in such large protein skimmers. The TC4580 has a sticker price of $6000 give or take, and apparently it is currently available to order. 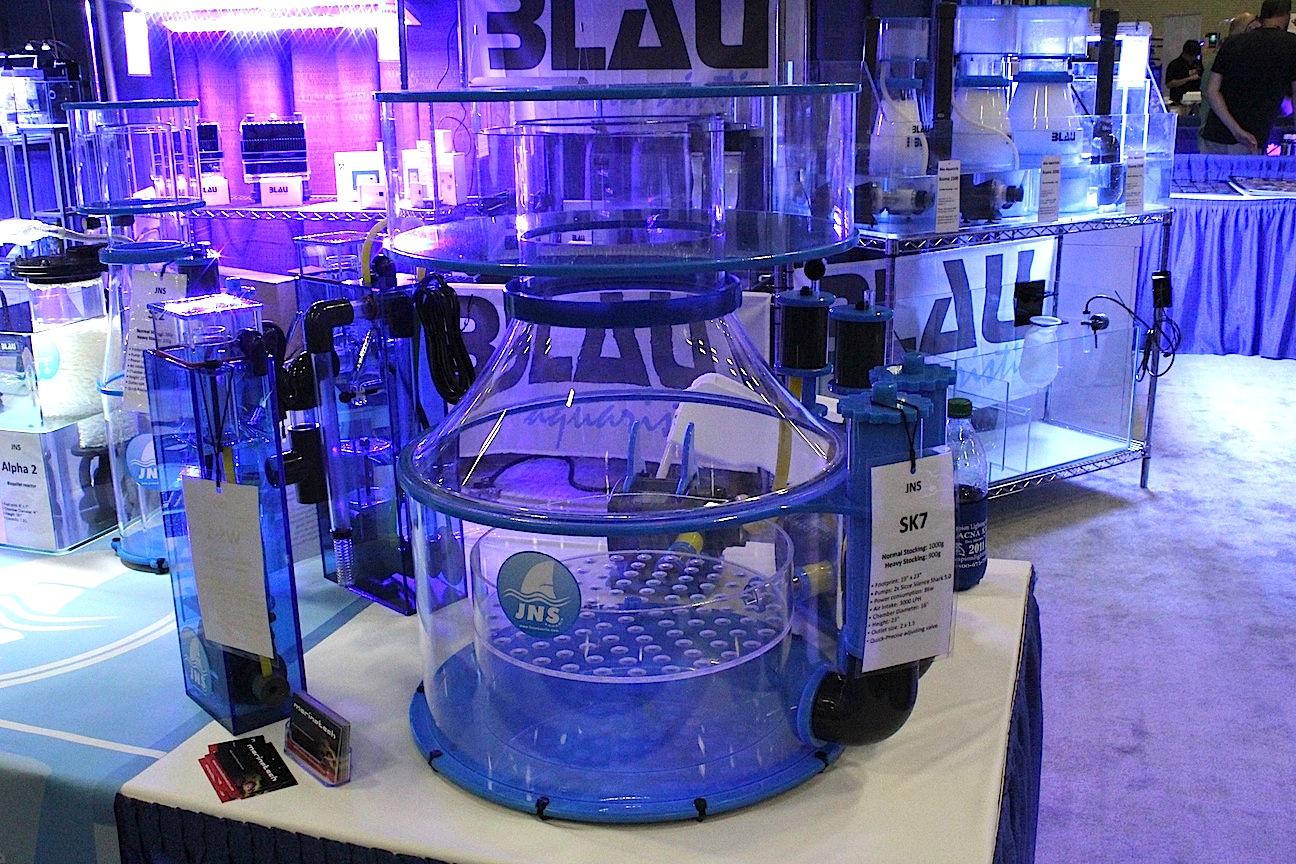 The huge SK-7 protein skimmer from JNS Aquaria may not be the biggest in our discussion, but it still packs some serious heat. Even though the tank rating information isn’t readily available, we assume it to be capable of handling tanks up to 1500-gallons. We are basing this assumption on the ratings of the other skimmers in the JNS lineup, as well as the the technical specs seen on the company’s website. The SK-7 has a footprint of approximately 19″x24″, and the entire lineup has some nice noteworthy features such as sound deadening rubber feet, water level adjusting valves, and some cool shark-themed needlewheel pumps. 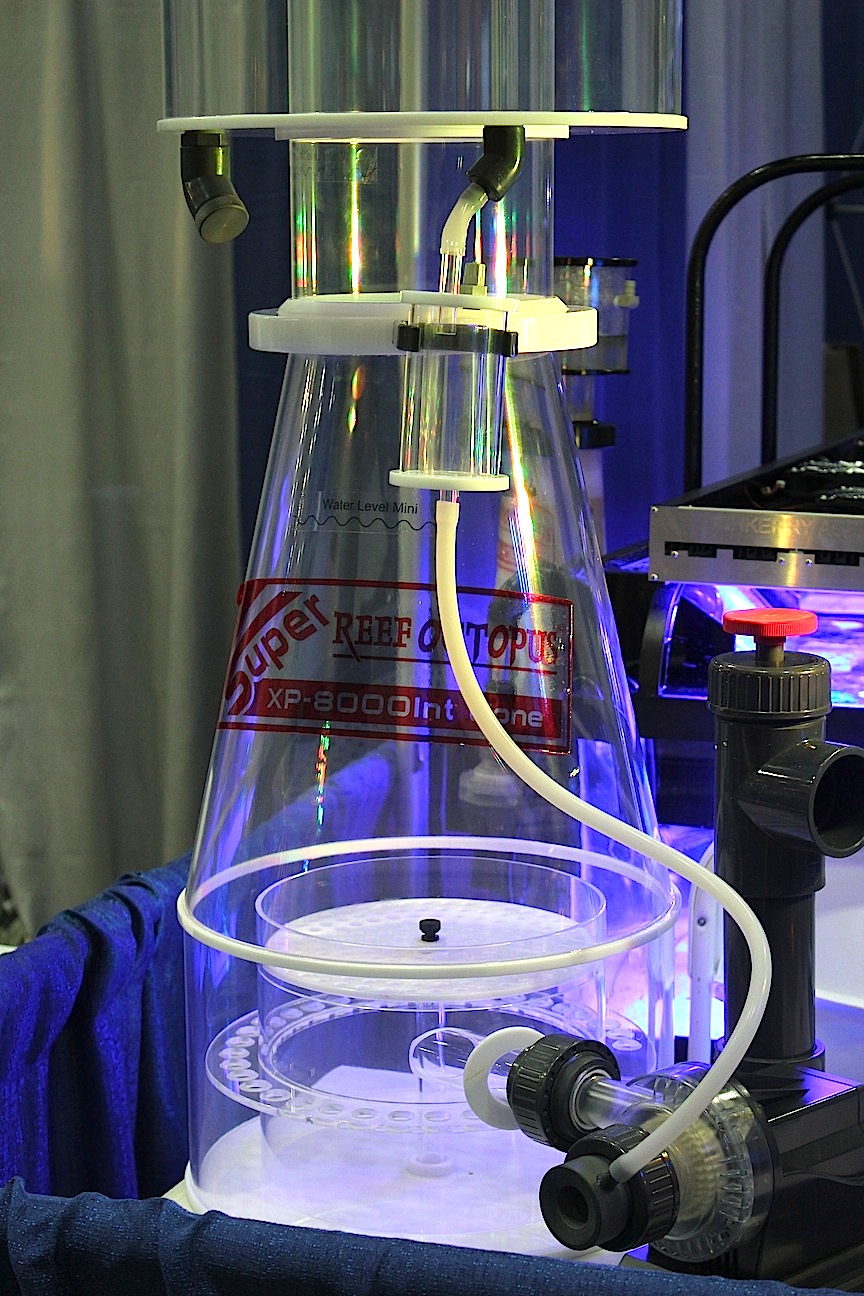 Surprisingly, the SRO XP-8000 Int is the only cone-shaped skimmer on our list. Where the JNS SK7 above has only a conical shaped neck, the SRO skimmer has almost an entire body that is cone-shaped. As with all of the Octopus branded skimmers, the XP-8000 features a bubble blaster needlewheel pump. It is rated for aquariums up to 1000-gallons and has a rather small footprint at only 21.5” x 15”. But the skimmer makes up for that footprint by taking the bubbles skyward. At 36.5” tall, it’s bigger than most children…though it’s still not the biggest one we saw at MACNA. 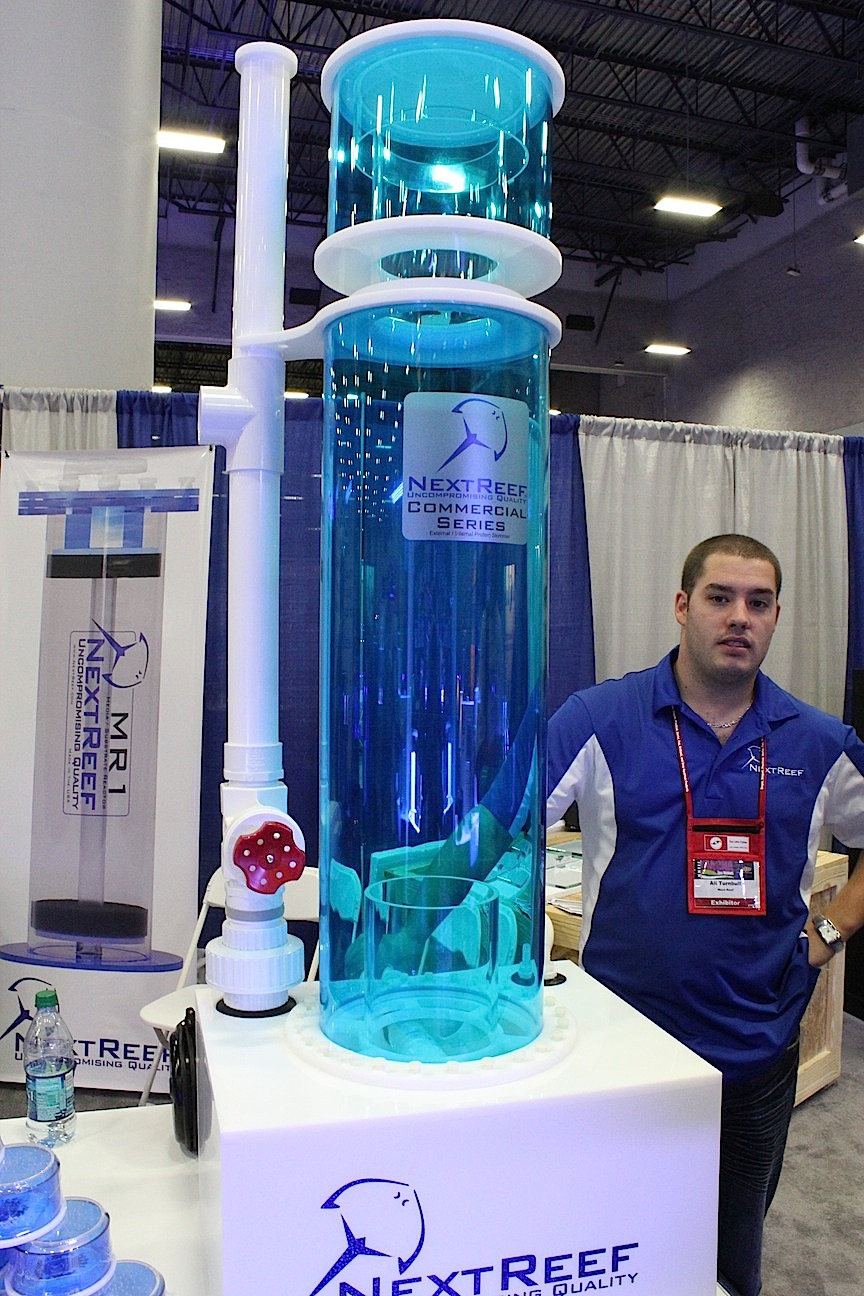 No giant skimmer discussion would be complete without the commercial stylings of NextReef. Known for their insanely large aquarium equipment, the NextReef booth at MACNA was full of huge aquarium equipment. The skimmer shown in the picture immediately above stands 56″ tall and has a 10″ diameter skimmer body. It is a recirculating model that uses Reeflo pumps to get the job done and when asked what the tank rating on this beast was, the crew at NextReef just sort of chuckled and said that at this volume, the actual rating is virtually worthless.

That concludes our list of giant protein skimmers that we saw at MACNA, and we know these aren’t the biggest on the market. Anyone out there have a jaw-dropping protein skimmer that’s almost big enough to have it’s own zip code?