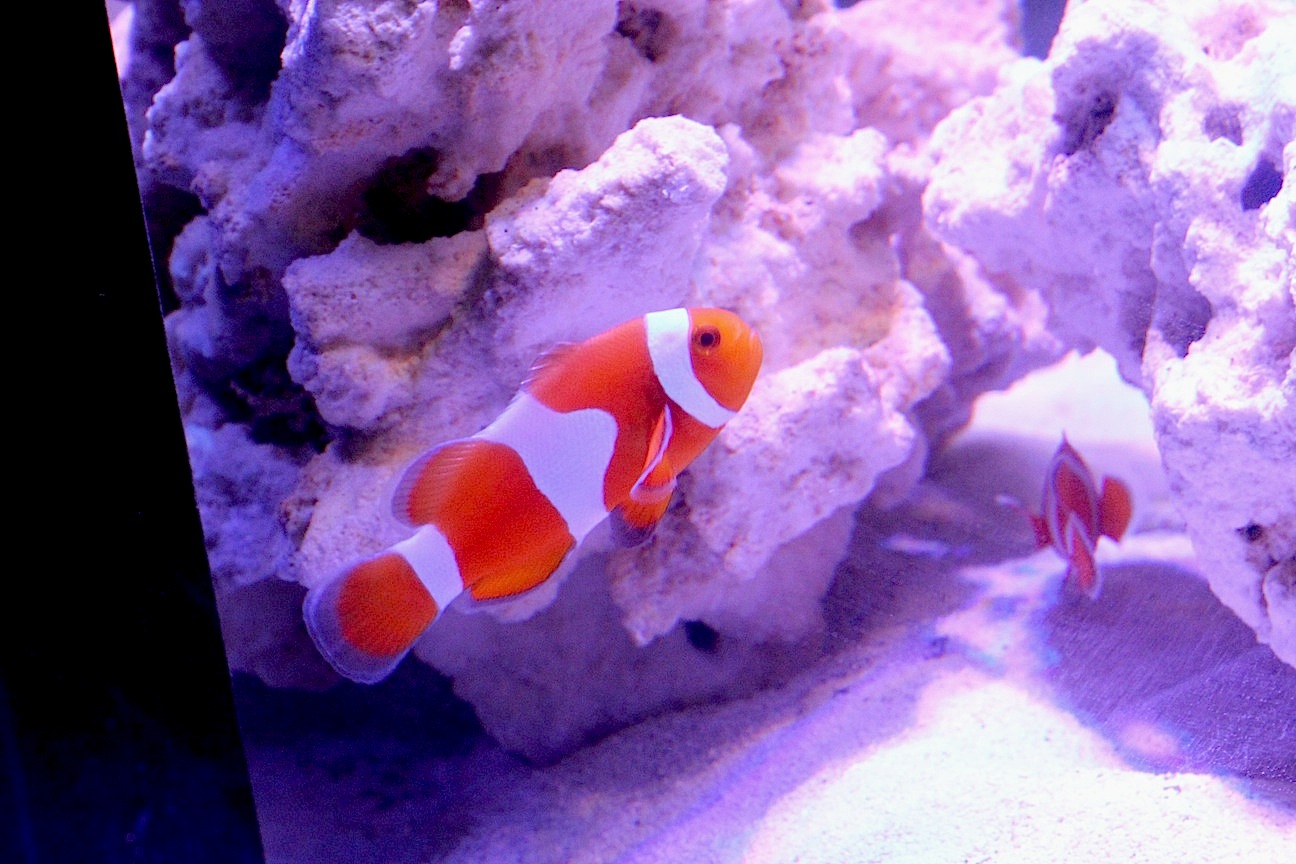 Pictured this week in the AquaNerd POTW is the brand new Tangerine clownfish from Proaquatix. This new fish is of the Ocellaris clownfish (Amphiprion ocellaris) variety and doesn’t feature the wild stripe patterns seen in the typical designer clownfish. Instead, the Tangerine clown has a light orange color, pinkish eyes, and almost no black anywhere on its body making it an albino. The breeding gurus at Proaquatix have made these fish available, but they still aren’t sure what genetic mechanism is causing the albinism. They originally thought leucistic, many breeders have chimed in to say otherwise. Regardless of the mechanism, it’s an albino fish that is likely the first to be offered commercially, though albinos have been seen in clownfish before.