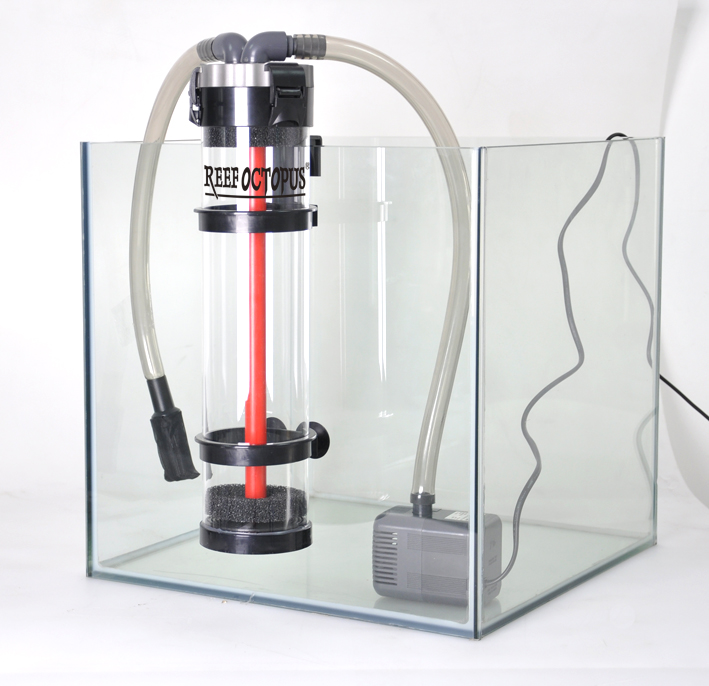 Reef Octopus recently announced their latest offering, a new series of hang-on style media reactors. These reactors will initially be available in two different sizes, with each one coming as a plug-n-play kit ready to be used right out of the box. Each reactor comes with a feed pump and all of the necessary fittings and hoses needed for installation, though hobbyists will need to provide their own media of choice. Fortunately, this new hang-on reactor can use most media types currently available to hobbyists, such as biopellets, carbon, or GFO to name a few. However, based on the flow rate of the feed pumps, we assume they were initially developed to tumble biopellet media, and we suggest swapping out the pump with a lower flow model and maybe adding a flow restricting valve to give yourself more control and the ability to use more media 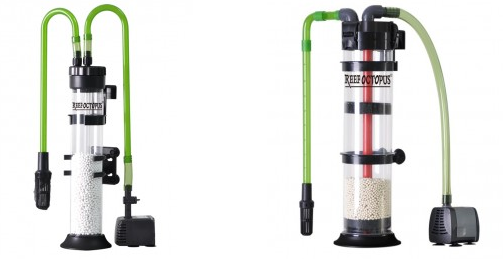 Despite their hang-on mounting style, these reactors are bigger than what you might expect. The smaller of the two reactors, called the MF-300, has a chamber diameter of 2.5″, stands 15″ tall, and has a footprint of 4″x4″. The MF-800 is quite a bit larger, with a 5.5″ x 5.5″ footprint, a 4″ diameter, and an 18.5″ overall height. No tank ratings were given with the product information, but we assume this smaller reactor is suitable for aquariums up to 150-gallons based on a quick comparison of the dimensions with those of competing media reactors. The MF-800 is probably ideal for aquariums over 300-gallons, but again we are basing that rating on competing products and they may not be accurate projections.

Pricing and availability remain elusive at the moment, but we’ll update if we get anymore information.