Trending
You are at:Home»Aquarium Equipment»Seio Surge Pump Seen in the Wild 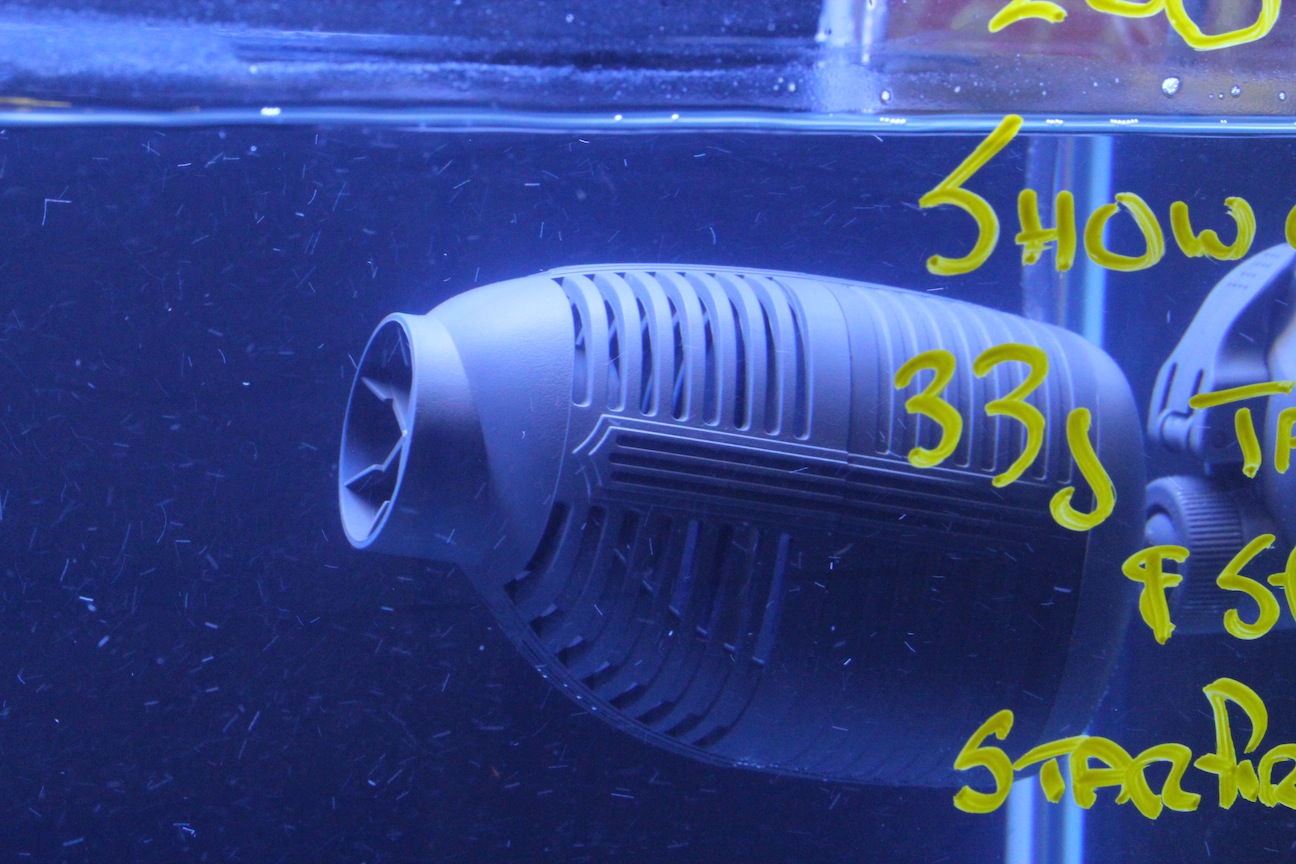 Taam has been quietly adding new products to their lineup, with the latest addition being the new Seio Surge Pump which has been shown off extensively at the last two big aquarium trade shows. On the surface, the pump doesn’t look like it’s offering anything different than the other guys. It has an ordinary impeller, a vacuum creating mounting bracket, and a ball joint on which to pivot. But what makes the Seio Surge Pump stand apart from the rest is the fact that it has a built-in four stage wavemaker. The variable current pump automatically cycles through low, medium, medium high, and high speeds at a duration of 5 seconds each. But this is all achieved without a controller. 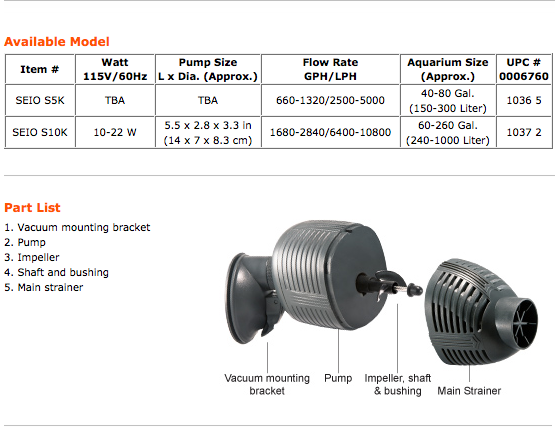 Seio has two models currently in the works. The largest Surge Pump, called the S10K, gradually increases water flow from 1680-2840 gallons per hour with a power consumption of 10-22watts. The SEIO S5K is the smaller of the two and has a flow rate of 660-1320 gph.

Pricing and availability haven’t been released as of yet, but the pumps are designed to be budget friendly.