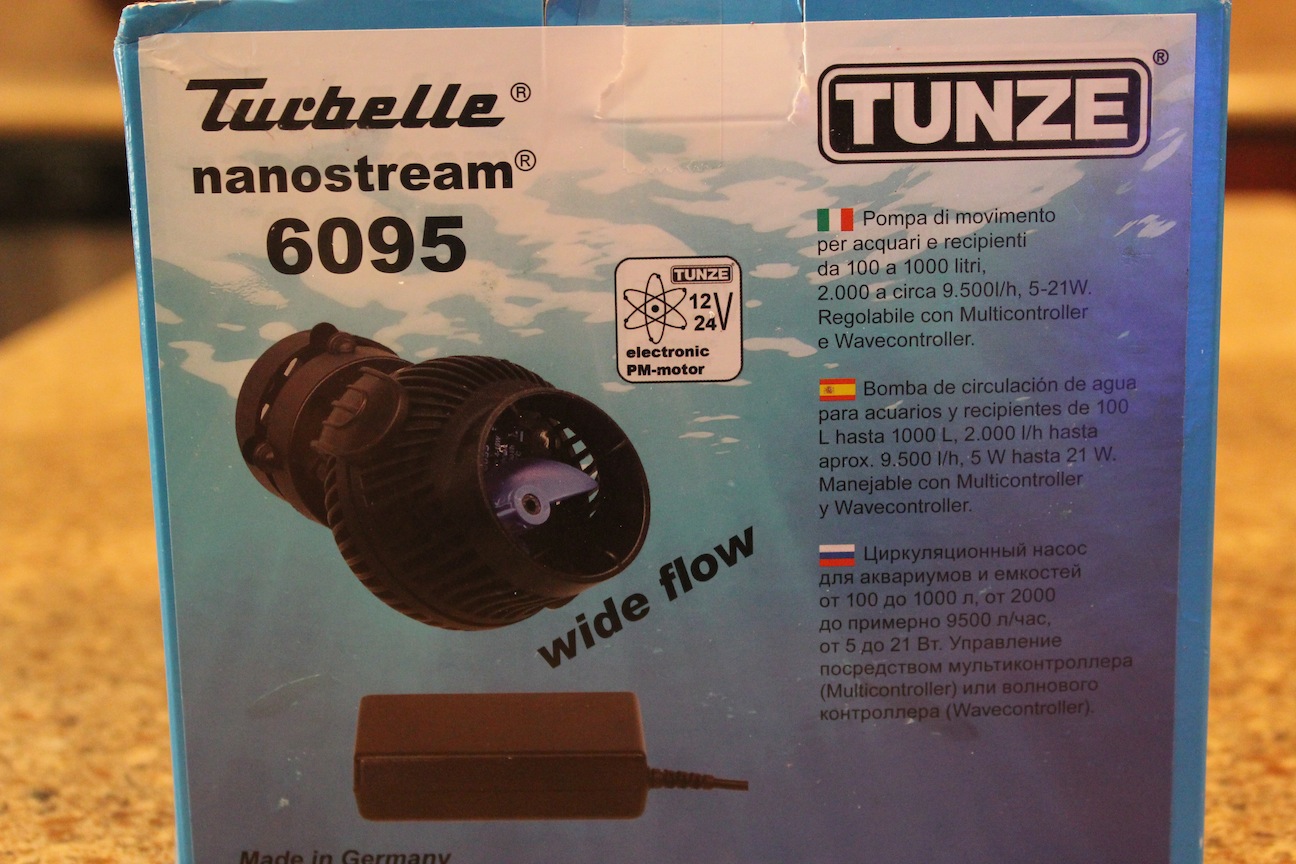 A few weeks ago, we received a pair of the all new Tunze 6095 Nanostream water pumps for a little hands on.  Unlike most of the new pump rollouts, this model is not replacing anything currently offered in the Tunze lineup, but is an entirely new addition. Some of the traditional features that we’ve come to know in the current line of Tunze pumps that also show up in the 6095 include the ability to be controlled by an aquarium controller, soft rubber transitions between the pump bracket and the magnet mount to reduce noise, and an adjustable power supply to manually control water flow among many more. One of the new features this pump brings to the table is a completely different flow pattern brought about by a front housing redesign. Where most newer generation Tunze pumps have a narrow outlet that causes a more concentrated water flow to be blasted downstream, the 6095 has a much wider opening that also lacks the flow stabilizing cross members. The other new addition to the pump is a larger propeller which is actually rotated at a higher speed with the help of a more powerful motor block. This combination of tweaks allows the flow to be both increased and far more widespread, giving the pump a reach of approximately 3-feet downstream and a flow diameter of roughly 2-feet. Intrigued by this new direction Tunze went with the 6095, we had to get some to try out, which we did on our 90-gallon tank with a 3’x2′ footprint. 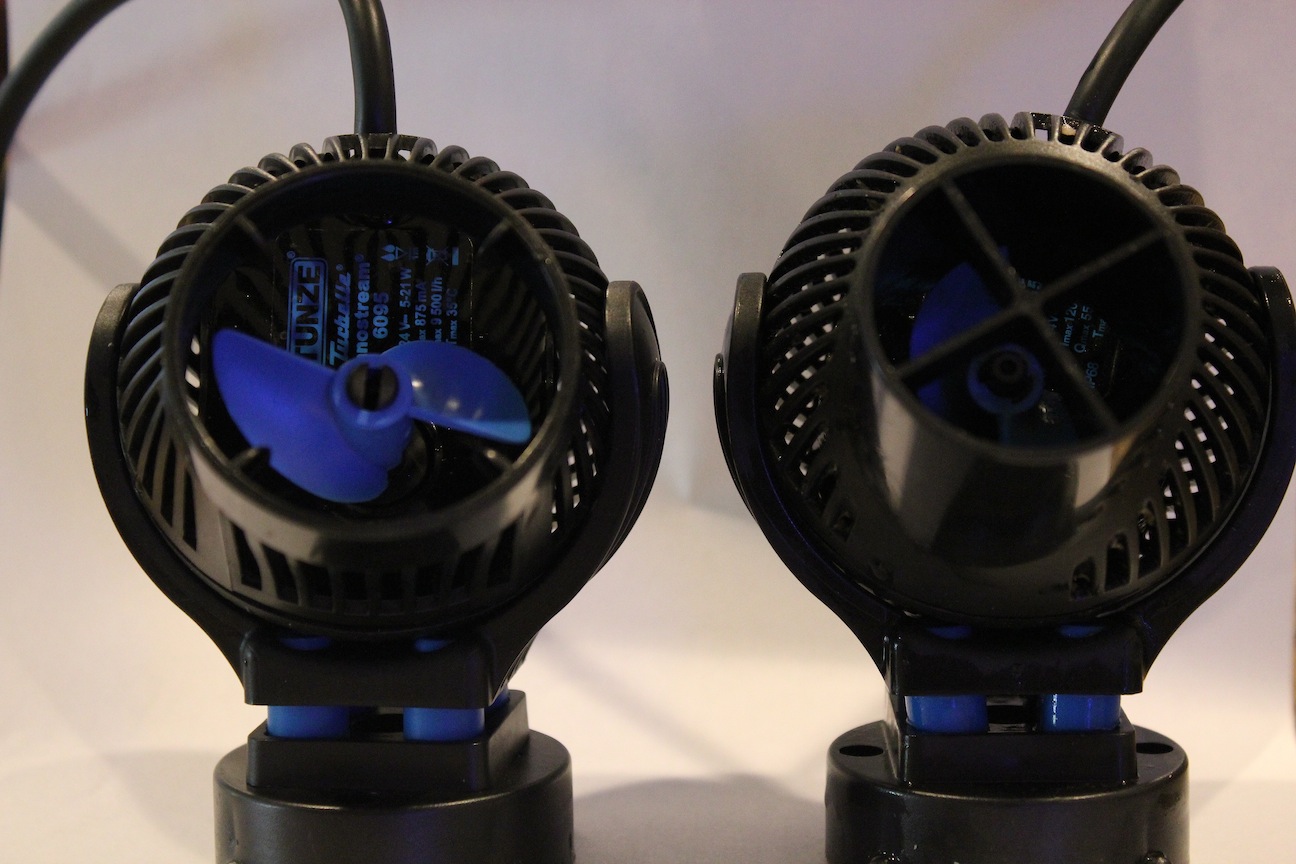 To begin the product review, we had to see how different the new 6095 was from other Nanostream pumps already being offered, the most notable of which is the 6055. We set the two pumps side-by-side, and despite the pump bodies being identical in overall dimension, the output on the 6095 is drastically different. Not only does it have a wider opening, but the traditional design has been ditched in favor of one that has more areas to draw in water to be expelled. This increased intake area was required mostly to keep the pump churning out the advertised 2500 gallons per hour, and it should actually have little impact on the shape of the water flow. 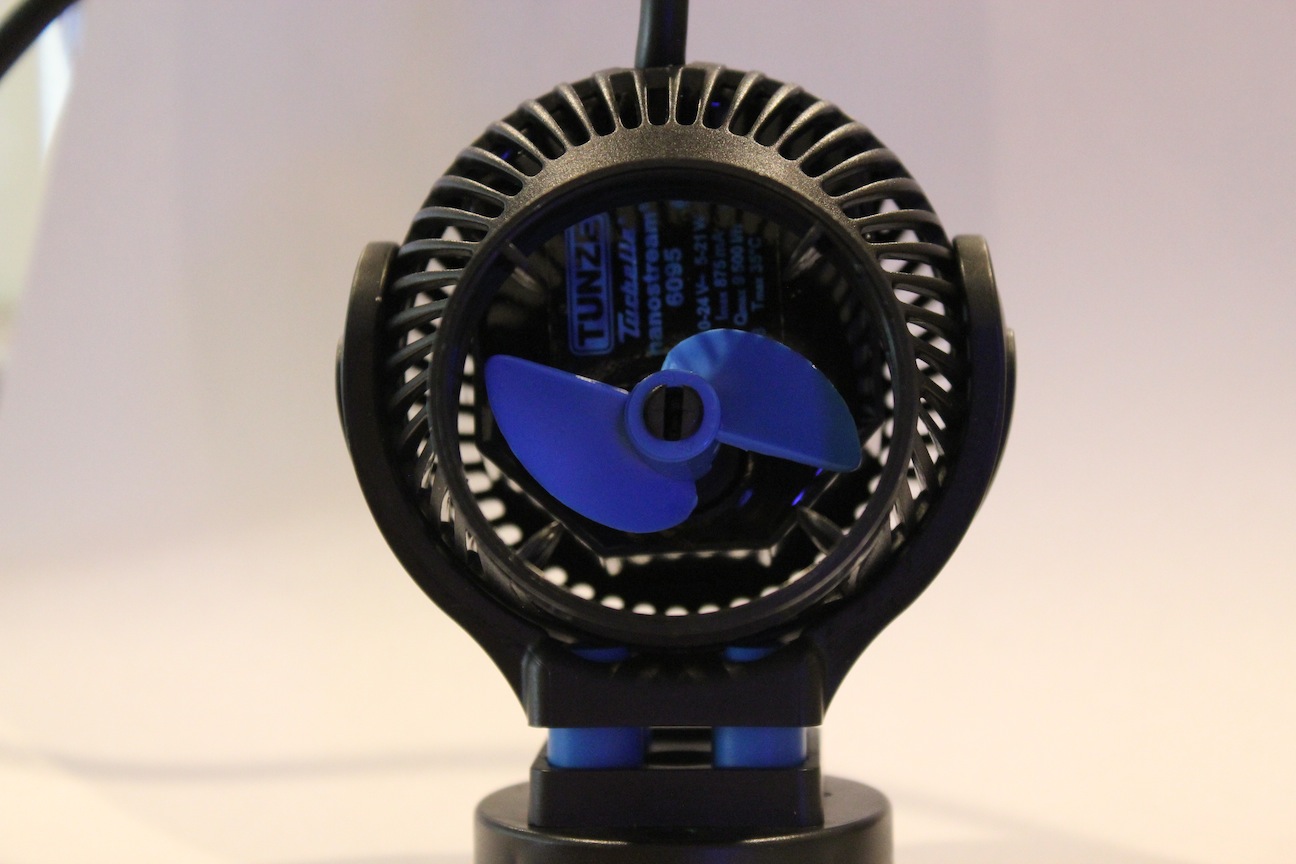 To test how the flow pattern differences of the two Nanostreams, each was placed into a test aquarium and angled upward at the surface. Just before that, the pump bracket was attached to the magnet mount and placed roughly 5-6″ below the surface of the water. Each pump took turns in this same bracket, with each pointing at the surface at the same angle. The pumps were fired up, and we took note of the size differences of the disturbance at the water’s surface. While it’s certainly a subjective look at the flow patterns, it did appear that the 6095 had a broader and more gentle flow. Alternatively, the 6055 had a much narrower flow that seemed to come out of the water slightly more.

Tunze makes the claim that the 6095 Nanostream has a flow pattern that is 3 feet long by 2 feet in diameter. While we weren’t able to test the diameter aspect of this claim, the three foot long aquarium provided the perfect testing grounds for the flow reach. So, we place a single 6095 on one end of the tank and turned it on. Water flow reached all the way to the other side of the tank, again being 3 feet away, with ease. Most of the surface agitation from the pump comes in just a little past the halfway point down the length of the tank, but it was obvious that 3 feet was no hurdle at all.

Since most aquarium keepers are concerned with the various noises emanating from our tanks, we paid special attention to that detail as well. In our testing, we did notice that the Tunze 6095 is just a little more audible than the 6055, which is virtually dead silent from our own ongoing experience. The noise levels are honestly nothing to be concerned with, at least from the models we received, as the sound is a very slight hum that will likely be drowned out by ambient noise. We didn’t get to use these on a wavemaking device as of yet, so we cannot say how they will perform when ramping up and down. However, we will likely be trying these and other pumps out on a Tunze controller at some point, and we’ll update our review once that happens.

So far, the pumps perform very well. When compared to other Tunze Nanostreams, the front housing of the 6095 did seem a little bit more fragile and more difficult to place back onto the pump once removed, which we assume comes from the increase in intake grill space which means less plastic goes into that part of the housing, but it didn’t present any problems for us during our initial hands on with the pumps. 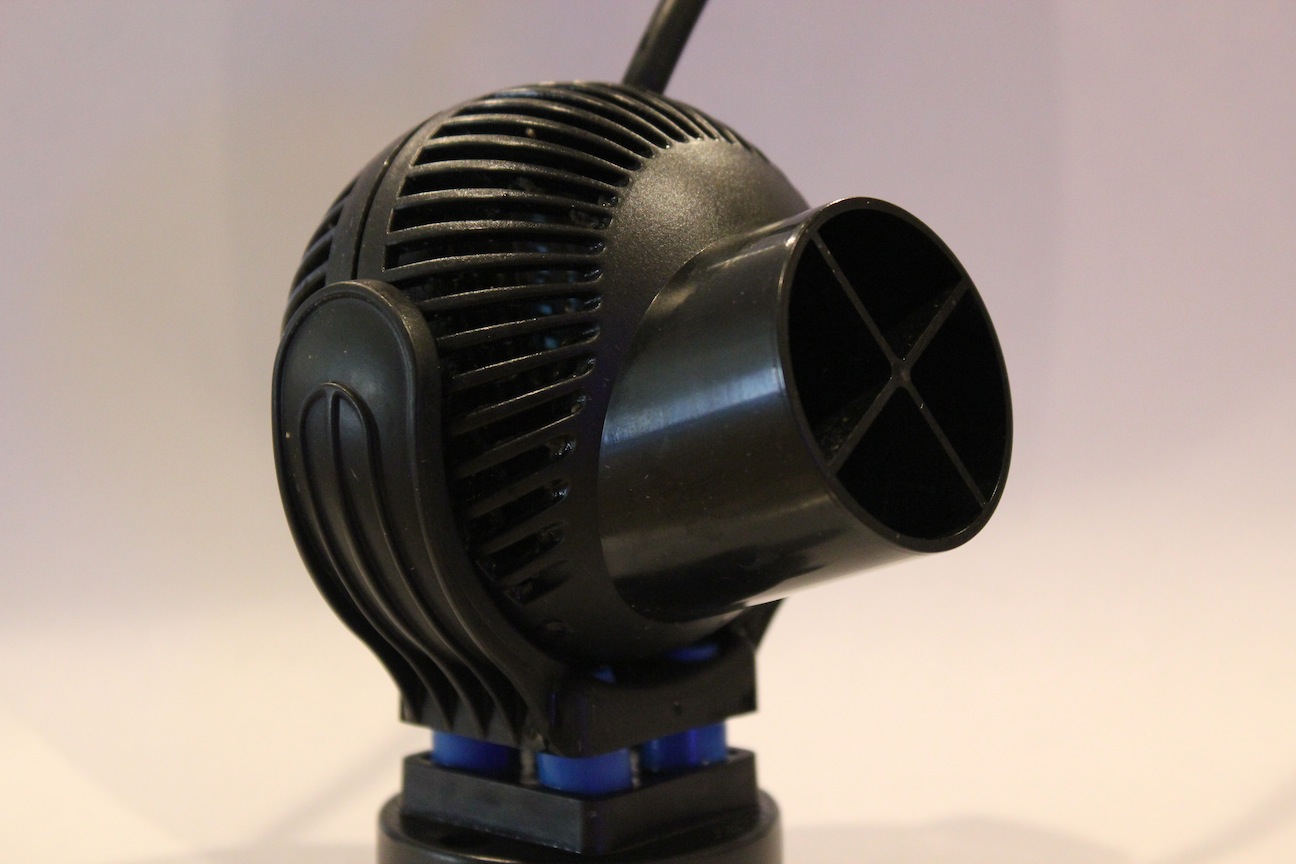