Trending
You are at:Home»Aquarium Livestock»Sneaking Fish Purchases Past the Old Ball and Chain 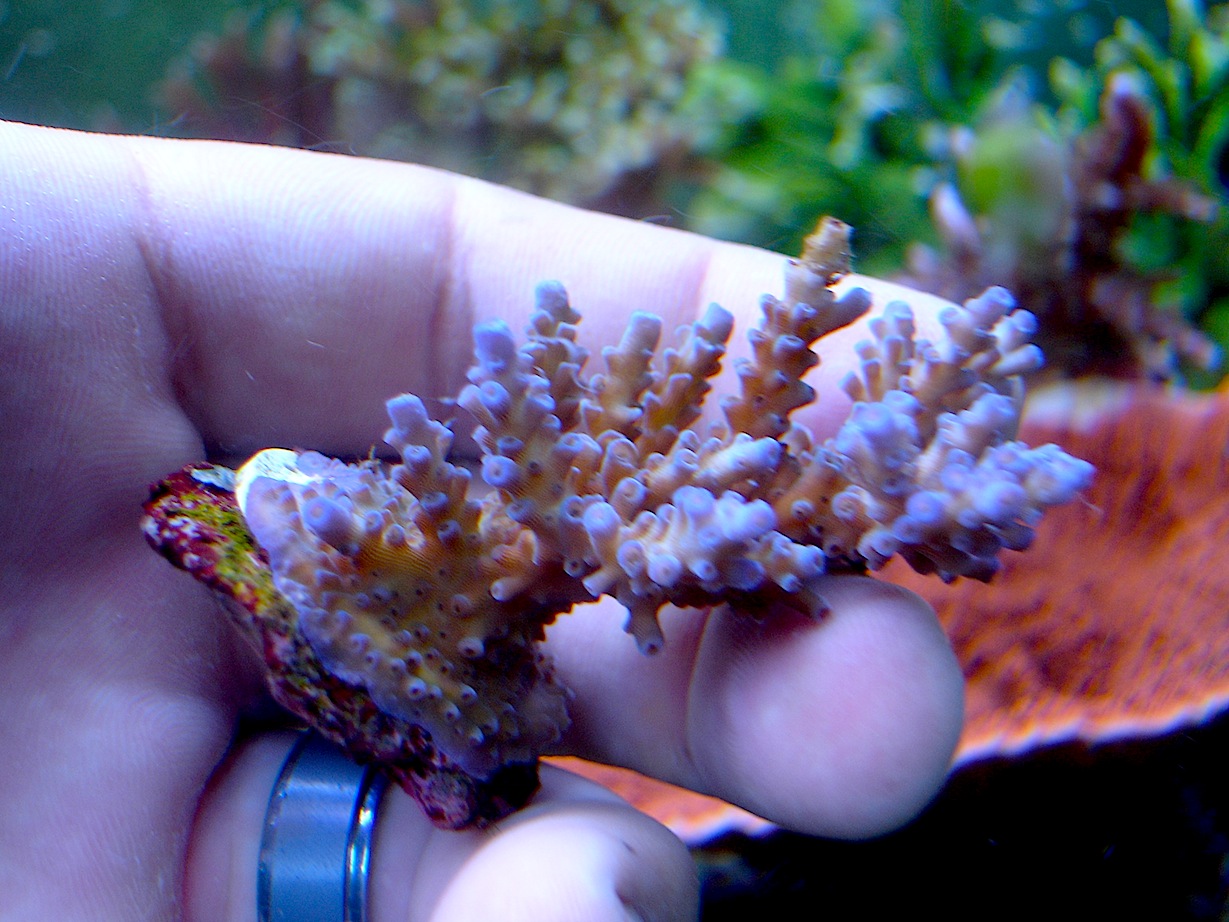 Let’s face it, our spouses aren’t always as supportive of our hobby as we’d like, especially when it comes to spending the dough. We as hobbyists have a constant desire to fill our tanks with stunning reef life, and it can get very expensive very fast. To make it all worse, the local fish store or your favorite online retailer are always getting those awesome fish and corals that we just have to have. Buying for our tanks can cause some marital issues for some couples, especially if one of you wants to spend the money on more important things like mortgages, so hobbyists need to develop ways of carefully navigating through that matrimonial maze of shared bank accounts and financial responsibilities.

Fortunately for those with an aquarium addiction and an overly financially conservative partner, there are some tips and tricks to sneaking new fish purchases past the ever watchful eye of your spouse. These are all meant to be tongue-in-cheek, so please read them as such.

Disguising your fish store visits
We all form routines that cause our day-to-day schedules to become very predictable. Because of this, our spouses know exactly what time to expect us to arrive home from work during those days when we have to commit 8-12 hours to the man. Often interrupting that routine is a fresh batch of fish arriving at the local aquarium store. The unfortunate thing about these fish orders is that they arrive sometime during the week, prompting most hobbyists stop by on their way home from work. And when you show up a half hour or more late to your house, the suspicious wife starts to question what kept you, all the while looking for receipts and other tell tale signs of aquarium store spending. Of course, you could be honest and tell her that you’ve been spending all that money saved away for braces on that hot new Acan coral, or you could come up with a creative story that gets you off the hook, at least until the coral or the receipt are discovered well after they’ve been purchased.

One tip to disguising the fish store visit is to tell the wifey that you’re heading somewhere else entirely. Say you’re stopping off at a friend’s house or picking up something for dinner. A personal favorite of mine is to say that I had to stop to get gas. Either way, like a spy with top secret information, keep the truth buried unless you want to explain what really held you up…which will obviously prompt more questions like, “how much did you spend?”. 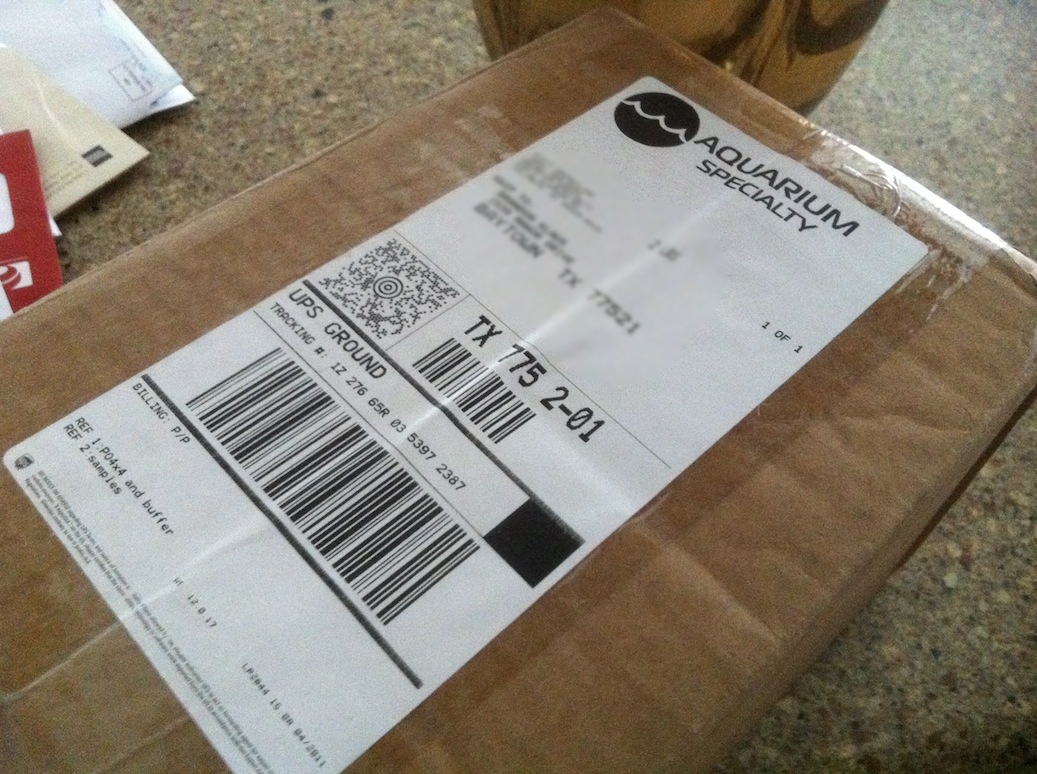 “Honey, that fish isn’t new”
If you’ve successfully gotten away with spending a little time at the fish store, chances are you were also successful in bringing home a new pet for your fish tank. The wife doesn’t know what has transpired to this point, but despite the fact that you’ve burned the receipts and thrown away the saltwater soaked plastic bags, one last piece of evidence remains…the fish you just purchased. Fortunately, our wives typically don’t take as much an interest in our aquariums as we do, so they may never notice anything new. However, some spouses are a bit more involved and might start asking questions when they see something they don’t recall seeing before. Here’s where the creative talking comes in. Just say that the fish has been in there for months and that you haven’t spent any money on the tank for quite a while. Taking it a little farther, you could even put on a guilt trip to turn the tides of the conversation. Simply insinuate that you’re insulted by the fact that she’s never noticed the aquarium livestock before and that you work too hard on the setup to let it go under appreciated.

Another effective tactic at this point in the game is to play the amnesia card. Just act like the details of that particular acquisition are a bit foggy. She couldn’t get too mad at that could she?

“Sure it’s new, but it was free”, or alternatively entitled, “That? Oh, I actually traded for it”.
If you’re spouse knows almost every fish in the tank by heart, getting something new past her will be next to impossible. She probably even knows how much you spend on the tank regularly, making new items even more difficult to sneak in. One little white lie you could use is telling her that the item was free, or if you want to take a more realistic approach you could say you traded for it. Sometimes fish stores do give away livestock that isn’t in the greatest condition. It’s a pretty rare occurrence, but it does happen every once-in-awhile. What does frequently happen among hobbyist though is trading. Frag some corals, trade them or sell them to the locals, and you can populate your tank that way. Unfortunately, selling frags and trading livestock takes too much effort sometimes and it’s just easier to purchase what you want. Despite that, it’s still a convenient cover story for new aquarium livestock.

The Smoke and Mirrors Technique
If you aren’t comfortable with outright lying to your spouse, you could try distracting her with a small gift. The gift doesn’t have to be big and flashy, but it does have to be something she’ll want and it does have to be presented first. As your wife is enamored with here new gift, you can casually say that you stopped off at the fish store to pick up a new tank inhabitant. If you play your cards right, she won’t even care about the fish store expenditure. 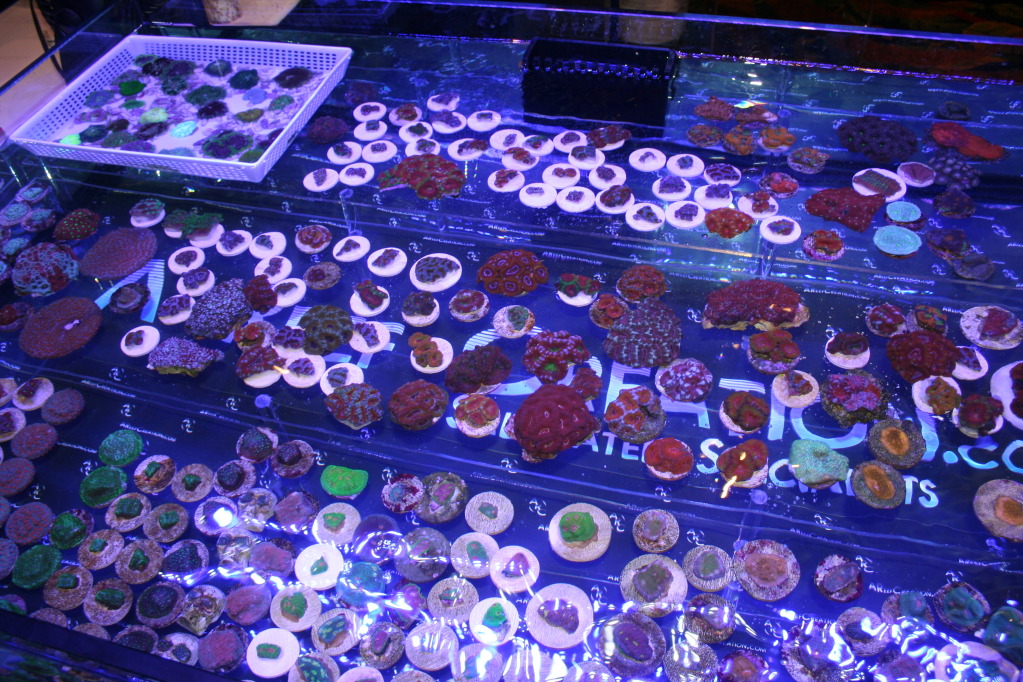 So many frags, so little money

Covering our tracks
No matter what route you take, the one thing you have to do above all else is cover your butt. If your wife watches the bank accounts and credit cards like a hawk, try using cash or gift cards. If your only method of payment available is a debit card, hide receipts and pray the wife doesn’t find them. It is somewhat okay for her to discover them several days, or better yet weeks, after the purchase has been made. This way, it’s all in the past.

Another thing to keep in mind about covering your tracks is to not draw attention to the acclimation process. I’ve been busted acclimating livestock many times, and it’s an easy point in the process in which to get caught. To throw the wife off, place buckets near your tank regularly. This way, she won’t suspect a bucket with acclimating fish. Instead, she’ll just see the same old eyesore that’s been next to your aquarium for the past week or so.

When it comes to ordering online, the key here is to know exactly when the box is coming so that you can intercept the delivery guy at the door. Don’t let the wife see the box and especially don’t let her open it.

The last point about keeping your secret a secret is to not tell others about it. Just like Fight Club, the first rule of secret fish purchases is to not talk about it. Don’t show off your new fish on Facebook, don’t post videos and photos with titles and captions that have the word “New” in them.

Disclaimer
We do not condone lying to loved ones, and we only offer this article as a comical approach to fish keeping. We warn that following these tips could get you into some serious hot water, and if you follow any of what we say in the article and get into trouble, don’t blame us. We warned you.