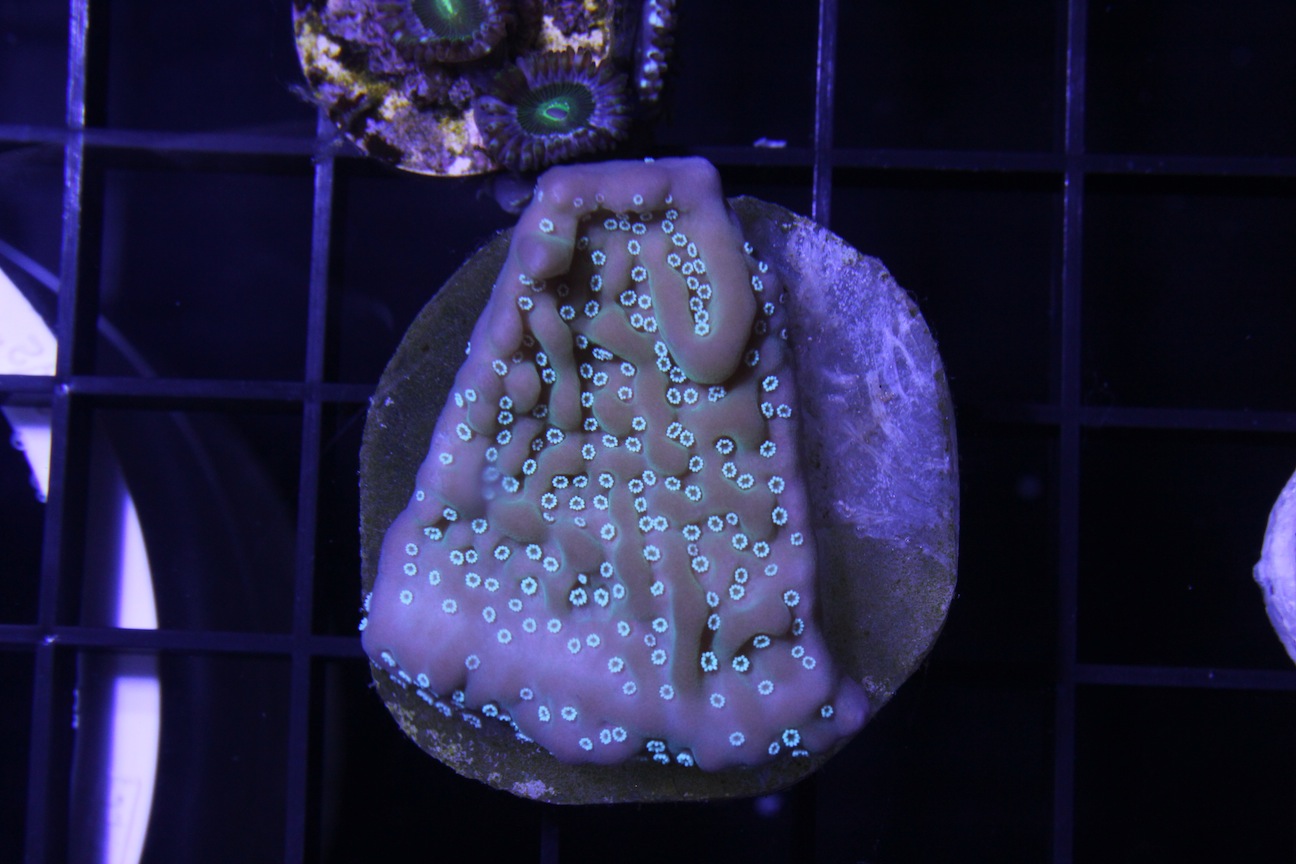 A decade ago, coral naming was mostly limited to the select high-end pieces that showed up on a coral vendor’s doorstep once in a blue moon. At that time, most coral enthusiasts were just using names that described a particular coral’s color and type, for example green button polyps. Guys like Steve Tyree had the high end coral market cornered and tagged their best pieces with the “Limited Edition” moniker, among other wordy descriptors. Despite what the coral looked like, this technique obviously drove up coral prices and inflated the coral’s appeal among hobbyists. This developed long waiting lists for hard to get corals, and those who grew frags out themselves were making a killing. Eventually, every livestock vendor and casual hobbyist caught on to the trend and started naming corals themselves, going so far as to even rename the already named corals they just purchased to indicate that it was theirs. The goal of course was to make a coral seem more important than it actually was, and nowadays it’s almost impossible to find a coral that doesn’t have some wild name.

Don’t let this article fool you. We aren’t railing against the art of coral naming. We still enjoy a good coral name and we also feel that some corals are so colorful that they almost require a fancy name. However, we also feel that with all of the coral naming taking place, the names are starting to lose their significance. After all, even the most mundane of corals are getting their own exclusive name and everybody is adding Tyree’s naming scheme to their own livestock to get fellow hobbyists to pony up a little more cash for each frag.

Another drawback the the massive influx of all of the coral names is the fact that the original pieces that started the coral naming game have become lost in a sea of ugly and fast growing corals. It should be noted that most of the “LE” pieces were limited due to their extremely slow growth rates. Unfortunately, many folks have corals that remind them of these once rare Tyree pieces, so they start calling their coral by that name as well. The corals aren’t even close to being the same, and most likely don’t even have the same lineage, but that doesn’t stop the naming process. This takes away from the exclusivity of the original coral and a lot of hobbyists fall into the trap that they are buying a rare coral, when in fact they are just buying a more common coral that has a fancy name. 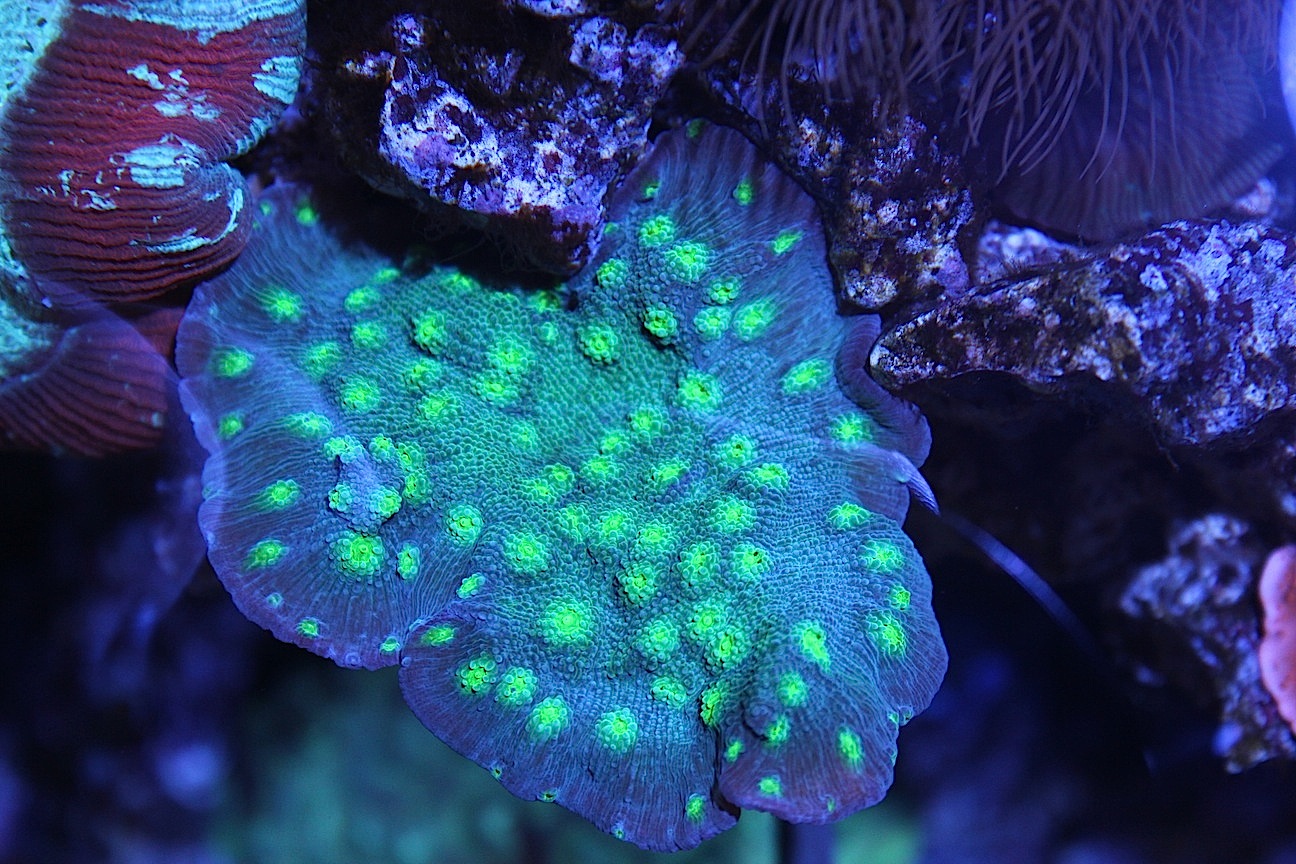 Wrapping up our rant, shouldn’t a prerequisite to getting to name a coral be a long standing and well respected presence in the hobby? People like Steve Tyree and companies like ORA have been in this industry a long time and have both contributed tremendously to the advancement of the hobby. In our opinion, they have earned the right to name their livestock simply for the fact that they’ve made the corals their own. ORA aquacultures thousands upon thousands of frags per month. They typically find a wild coral with an unusual color and grow it out, taking their time to find out what parameters and lighting give these corals the best coloration and growth rates. They don’t hack up colonies into tiny frags only to sell these fresh cut frags on the online or local aquarium markets.

And even though mom always told you to never judge a book by its cover, we actually want to emphasize this approach when it comes making coral purchases of your own. Don’t give into all of the hype behind a coral’s name. Focus on how the coral appeals to you visually. Who cares what the name looks like if the coral is butt ugly? Once you spot a coral you like, then decide how well it fits into your aquarium scheme. Do you have the appropriate equipment and husbandry techniques to house the particular coral you’ve just fallen in love with? Will the coral thrive in you aquarium? These are the questions you should ask yourself when making a purchase instead of focusing on how much you could get once you start fragging it and how much more you could make by giving it a weir name.