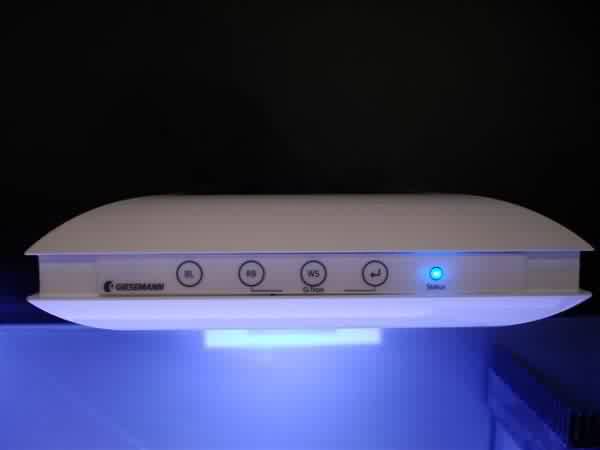 With the entirety of the aquarium industry moving toward LED lighting, it was only a matter of time before companies once deeply rooted in metal halide and T5HO technology started committing entire light fixtures to the LED market. One such company, Giesemann who is well known for their T5HO bulbs and high end light fixtures, has dabbled in the LED game for a little while by offering up hybrid fixtures in the past. However, with their latest upcoming product, the company has jumped head first into the deep end. Called the Teszla, this new LED fixture is quite stylish and has an impressive list of features that should make it a solid competitor in Europe, where it will be first released, and eventually here in the US.

The first thing we noticed about this light when we first laid eyes on it was the stylish design. The Teszla features an iPod-white housing and slightly concealed touch sensitive buttons, at least from what we can tell. The fans are discretely tucked away into the top of the fixture, and the mounting arm is simple and unobtrusive for the most part. 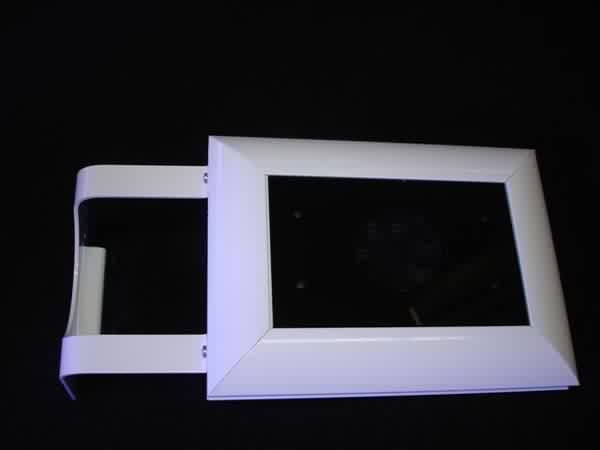 Diving into the electronics, we see an impressive list of features that includes a micro-controller that monitors the internal temperature of the LED. When the fixtures internals reach a certain temperature, the fans kick on to keep the diodes from overheating. This allows the lights to run at optimum temperatures all day long, extending their life to make sure hobbyists get the most out of them. Each panel of LEDs is powered by its own power supply. This allows the lights to be more versatile and modular. As for the diodes themselves, the Teszla uses a combination of CREE XM-L White, CREE XP-G Blue and royal blue, and two “special” LEDs. The total power consumption is approximately 66 watts from 20 emitters, and all of the diodes are controlled by an ultra modern processor. You might also notice there are no optics on the LEDs contained in the Teszla. The brains at Giesemann felt that the optics robbed the aquarium of light and focused too much of the remainder into a high PAR beam that bleached corals out. So, they stuck with the 120 ° of light output.

The on-board LED controller also seems to be rather robust. Once the user selects the color of their choice, the light automatically begins to cycle through a sunrise and sunset program that starts and stops at a predetermined period. Continuing on into the night, The Teszla also simulates lunar phases with the royal blue LEDs running at reduced power. Many of these features can be handled with the touch sensitive buttons already on the fixture, or users can hook the light up to the computer to alter the lighting scheme further. 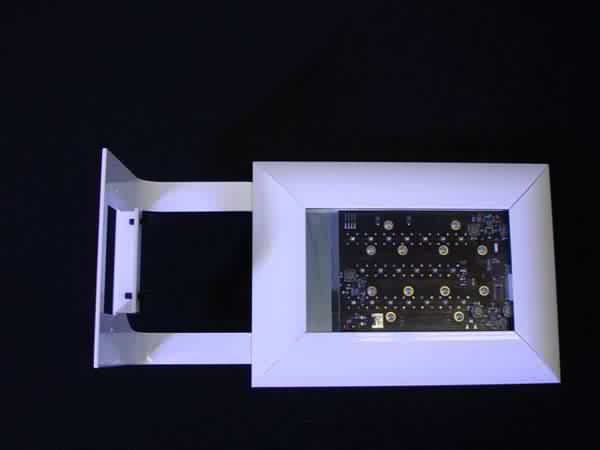 As for mounting options, currently two exist. The Teszla can either be mounted to the tank with the provided arm and bracket (seen above), or it can be suspended over the aquarium with adjustable steel cables. As for the pricing and availability, the Teszla will make it’s debut in Europe to the tune of roughly 400 Euros. Eventually it will find its way into the states, but that time is not determined.

We originally found this story on Reef Builders, but eventually dug up some more information on Recif France.