Trending
You are at:Home»Aquarium Equipment»Xbox 360 Turned into Pico Reef Tank 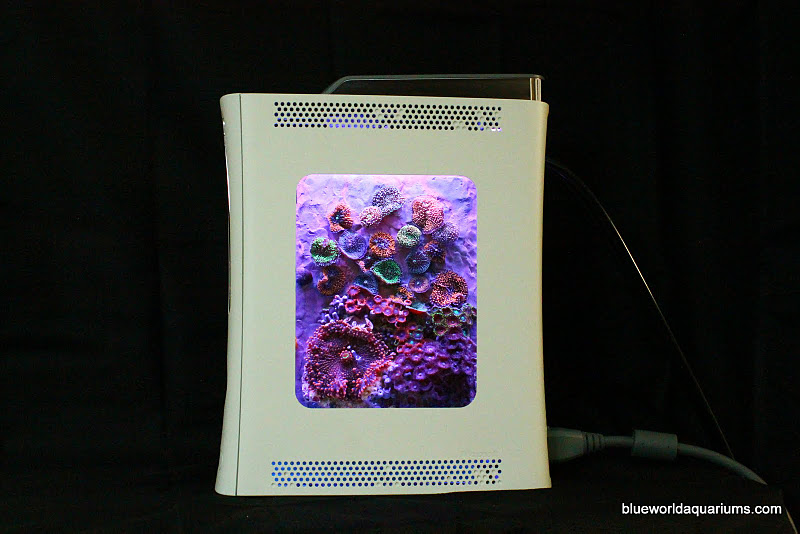 Got an old Xbox 360 turned fancy paperweight thanks to the red ring of death? Why not turn it into aquarium, which just so happens to be what the crew at Blue World Aquariums just did. They purchased an already dead Xbox, gutted it, and built a tiny aquarium into the sleek white console. The tiny glass tank doesn’t take up the entire space, as it measures just 6″L x 2.5″W x 8″H with a water volume just slightly less than half a gallon, though the crew at Blue World tried their best to fill every nook and cranny with as much aquarium as possible. The rest of the space in the Xbox is, instead, taken up by additional aquarium equipment components, which consists mainly of the light fixture and some plumbing for the external canister filter. Lighting for this pico reef is provided by an RGB LED strip with a wireless remote control, and all of the power is routed to the original Xbox power supply, though it was also gutted and had its internals replaced with the power supplies of the aquarium components.

A video of the tank, along with more information and pictures can be seen below. 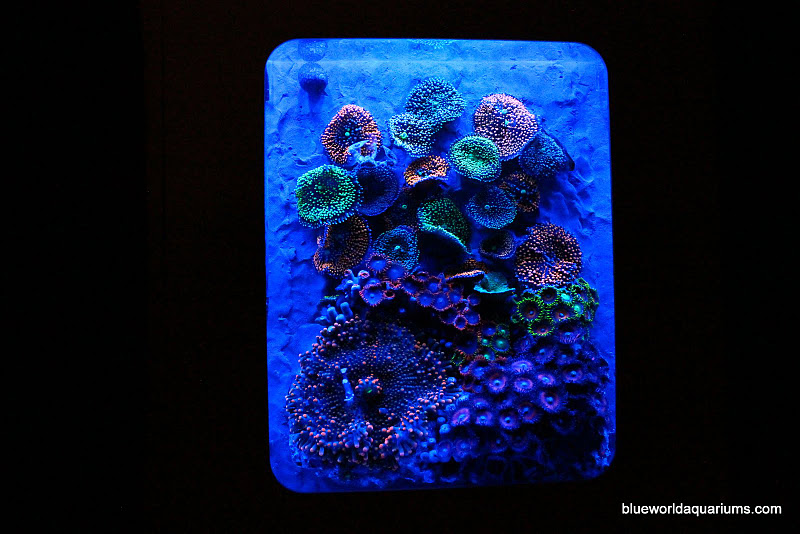 As you have probably noticed, there is no live rock in the aquarium. This means there’s also no structure on which to mount corals. The reason for the lack of rock is due mostly to the ultra thin dimensions of the aquarium, which left almost no room for anything. So, to provide a good substrate, the builder used a piece of acrylic to attach the corals to. This acrylic sheet was given a little epoxy coating, and the corals were all affixed to the wall with epoxy as well. This setup provided a perfectly suitable substrate for the ricordea mushroom corals that are seen throughout the tank.