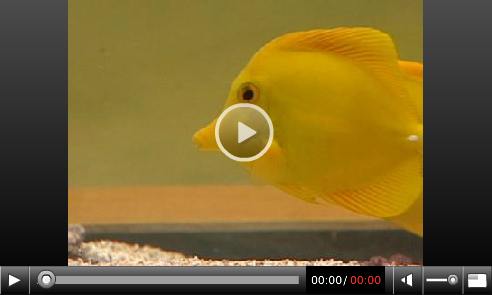 A few days ago, we suggested a handful of Ways to Improve the Saltwater Aquarium Industry in response to some of the criticisms the industry has been facing. In that article, one of our recommendations was to impose a quota system and catch limits on certain species collected from specific areas. Little did we know, but some of the aquarium collectors in Hawaii were thinking the same thing. According to a recent KITV news story, a group of Hawaiian aquarium collectors have proposed bag limits on Hawaiian endemic fish, like yellow tangs, during a hearing of the Board of Land and Natural Resources hearing this past Friday. The limits are apparently only aimed at fish taken from Oahu, and besides limiting certain types of fish, the resolution would also ban the use of larger nets. Full details on the proposed bag limits are scarce at this point, but we do know that a suggested limit of 100 yellow tangs and 10 Achilles tangs has been suggested. During Friday’s hearing, the board voted with the concerned collectors and will hold more hearings on the proposed limits. Also in attendance at the hearing was famed anti-aquarium activist Robert “Snorkel Bob” Wintner. Surprisingly, he was apparently outspoken against the limits (more on that below).

So why are the collectors imposing limits on themselves? According to the video and story posted by KITV, they are doing it for a couple of reasons. For starters, fisherman realize the fish are a resource and how they make their money. If the fish go away due to over-collecting or for some other reason, then they are out of a job. So, they feel that by putting limits on themselves they are protecting those precious natural resources. A second claimed that the limits are to control the bad collecting habits of new fish collectors entering into the fishery for the first time.

Getting back to Snorkel Bob’s appearance, according to a Hawaiian fisherman, who asked to remain unnamed:

… Snorkel Bob showed up with his friends from Maui and opposed the regulations – apparently he’d rather have no regulations at all (so it’s easier to impose a ban) than reasonable limits.

I have to say that I’m a little surprised that Snorkel Bob would oppose reducing the impact the aquarium industry has on the Oahu fishery. But, we know these wingnuts aren’t looking at the situation logically, but are instead viewing things through a very emotional and moral scope.

As for our thoughts on the proposed limits by the collectors, we applaud the efforts by the collectors and love the fact that they are willing to limit themselves in order to sustain the aquarium industry. We strongly feel that whatever regulations that are imposed on the industry should come from within the industry, as aquarium collectors, wholesalers, and even hobbyists have a more reasonable understanding of what’s going on. Anti-aquarium activists, on the other hand, aren’t willing to look at data or listen to logic, as they just want to shut down the industry altogether.