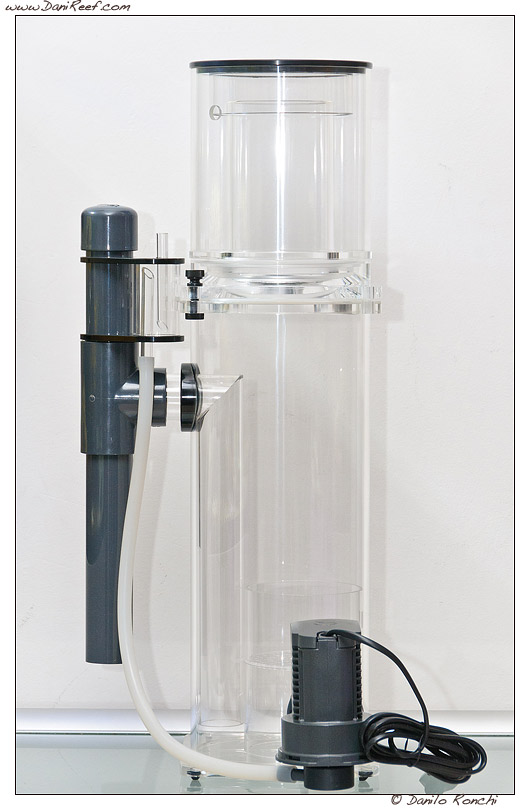 Image taken from DaniReef.com via Elos

Elos is making some big changes to their protein skimmer lineup with the addition of their new PS2000 skimmer. This new model, which uses a needlewheel pump, doesn’t look all too different on the surface from previously offered models. In terms of functionality, however, the PS skimmer stands in sharp contrast to the older style NS series, which featured top-down injection as opposed to a needlewheel pump. Elos is obviously phasing out the older NS series, replacing it with this newer PS series that will also have a smaller footprint (roughly 8″x6.7″) and a sporty Sicce PSK1000 pump. For those of you keeping track with the dimensions of other protein skimmers, this PS2000 is tiny in comparison, especially given its tank rating. The culmination of features described above gives the all-acrylic PS2000 a tank rating up to 2000L (or roughly 530 gallons) or so while consuming an estimated 22watts. The NS2000, on the other hand, features an Eheim 1260 and is rated for tanks up to 12ooL (320 gallons). If the pricing for the new models stays anywhere near the older model, we expect to see a sticker price of $900 for PS2000 protein skimmer.

We are under the impression that this new line of skimmers is starting to trickle into the aquariums of European hobbyists, but we don’t know when we’ll start seeing them stateside.