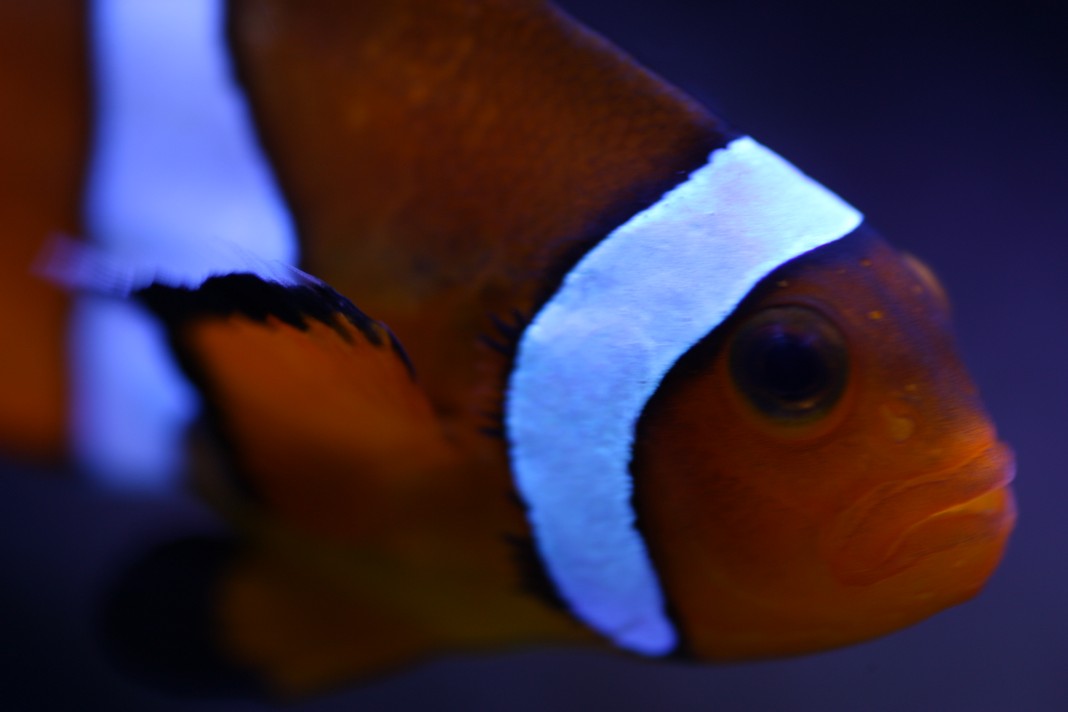 You know that lightheaded feeling you get when you hold your breath for too long or hyperventilate? Well, those dizzying feelings are a side effect of excess carbon dioxide building up in the blood, and it apparently causes fish to get funny feelings as well. According to a recent story on NewScientist, scientists at James Cook University in Australia have discovered that higher levels of CO2 can cause fish, such as damselfish and clownfish, to behave rather oddly. The CO2 in the ocean has an alcohol-like effect on the fish, which also causes them to think they’re 10-feet tall, an effect commonly seen in humans who become inebriated. At this point, most of you are probably thinking: how could a clownfish in the ocean find a bottle of CO2 to huff? Well, given the current trends of human activity and the insane amounts of greenhouse gases being pumped into the atmosphere, scientists fear that the oceans could become so concentrated with CO2 that fish will start to act strangely.

In the study, the scientists placed reef fish into aquariums that had seawater with higher levels of CO2 than what is normally encountered in the ocean. But they didn’t just pick an arbitrary number. Instead, the researchers chose CO2 conctrations that the oceans are predicted to contain by the end of this century. The effects on the fish? Besides the analogy to acting drunk, the fish became bolder and were attracted to waters that they would normally avoid. In the ocean, the sense of smell is a very strong tool. Fish use this tool to sniff out predators and poor habitats. Under CO2 enriched conditions, the fish would swim into these waters containing predator and unfavorable habitat odors.

To make the situation even more dire, the researchers bred clownfish in both high and low CO2 concentrations to see how fish offspring were affected. The fish were raised to maturity, and at that point were given two choices…either swim toward predator-like odors or swim toward favorable conditions for survival. The clownfish bred in higher CO2 conditions chose the unfavorable smells and astounding 90% of the time, choosing the better environment the remaining 10% of the time.

The researchers also went on to discover the reasons behind this seemingly riskier behavior by the fish. Apparently, CO2 interferes with a neurotransmitter receptor called GABA-A. Fortunately, after discovering why the fish were being affected, the scientists were able to restore sobriety, as it were, by introducing them to a chemical that blocks the GABA-A receptor, which is called gabazine. The treated clownfish would only swim toward predatory oders 12% of the time, as opposed to 90%.

During a second test, researchers discovered that juvenile damselfish lost their ability to turn the proper direction in certain instances, which obviously makes it difficult to stay with the group when avoiding predators. However, the fish were cured of their ailments when treated with gabazine.