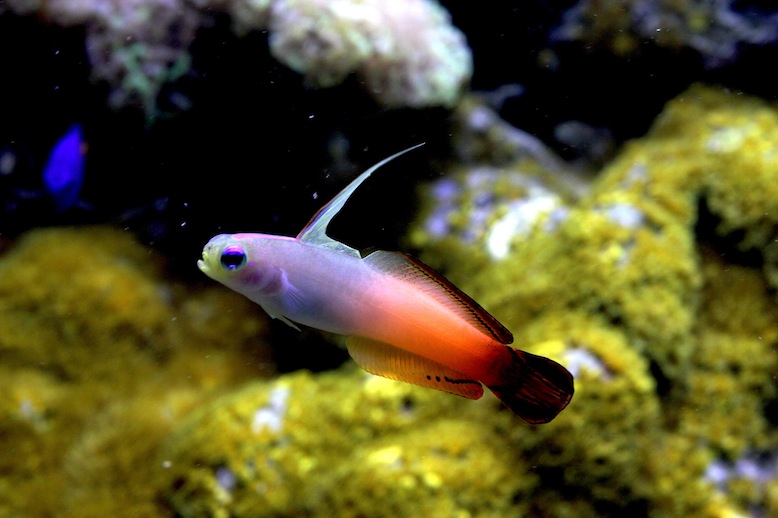 Gracing our pages in this week’s AquaNerd Picture of the Week is a red firefish goby (Nemateleotris magnifica) seen in the reef aquarium at the Aquarium Restaurant in Kemah. This particular fish is very common in the hobby, but its frequency in the trade doesn’t detract from its beauty even in the slightest bit. The dartfish sports a predominantly white anterior that gradually changes into a rich red posterior that eventually terminates into a deep crimson caudal fin. The fish’s beauty is also matched by it’s personality. The goby will hover around the rock structure and constantly flick its dorsal fin and small groups will usually hang out near each other. When frightened, the fish will dart into a hole in the rocks or may even jump out of the aquarium.