Trending
You are at:Home»Aquarium Equipment»Resurrecting the “Aquarium at the Office” Idea 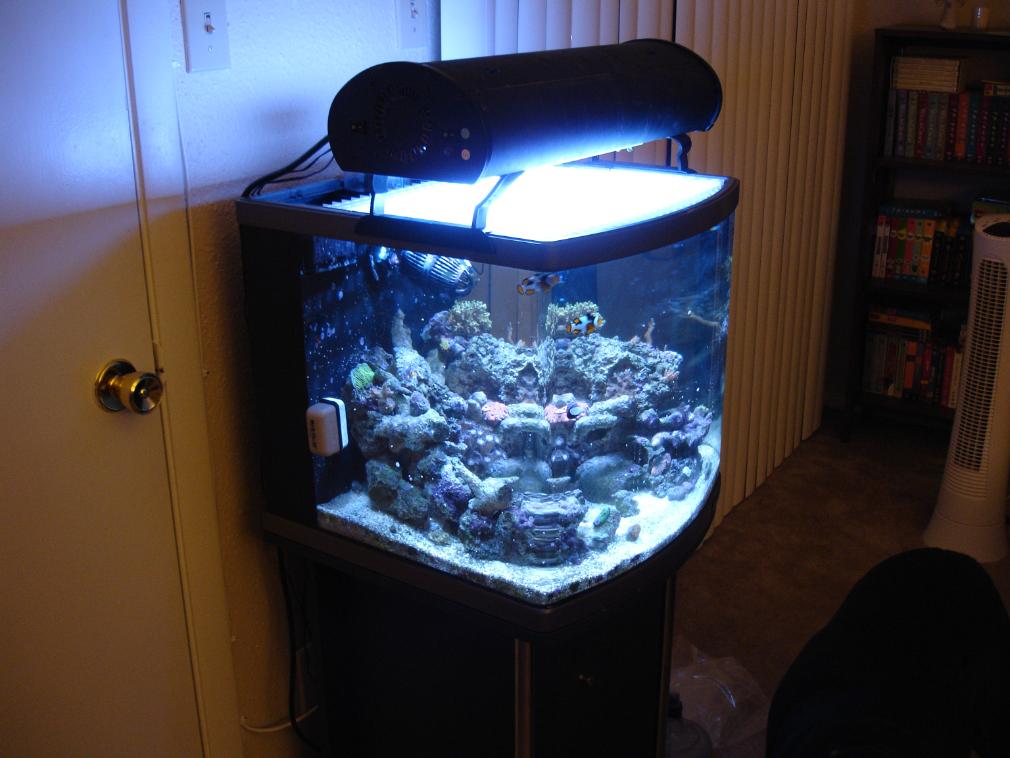 Way back in May 2010, I was given the green light to install an aquarium at work. My coworkers and I were super thrilled, especially my immediate supervisor, and the planning stages began. Unfortunately, that idea had to be scrapped as a higher authority didn’t want to allocate funds for an aquarium and a fear of overtime for tank maintenance was a big concern. Obviously I would have done it for free, but the answer was still no. I sulked about it for a brief time before walking away from the dream altogether. After all, one of my biggest concerns was that somebody wandering into the office would decide to feed the fish or toss in a few foreign objects. The image of a bag of Doritos being emptied into the tank haunted me for days! Despite this, the dream of having a tank at work was reignited a few months ago, and I’ve finally managed to get my hands on a small setup.

After experiencing a little change in management and coming to the decision to  just pay for everything ourselves instead of trying to pray away a few extra dollars to get the company pay for it, the aquarium build is back on. We decided to take the position of “it’s better to ask for forgiveness than beg for permission”. The tank, which is an Oceanic 29 gallon Biocube, is being purchased from a local hobbyist, who also used it for an office aquarium. And instead of it being in a public space where people could access it at all hours of the day, the small tank will be confined to my boss’s office. Fortunately, I spend a lot of time there, so I’ll get to see it constantly. Having the setup in an office will also give us the ability to control the environment to some extent, as the door will be locked when nobody is there and can fly under the radar with a little more ease.

So, enough blabbering about the backstory, let’s talk about the equipment. As I mentioned, the aquarium is a 29-gallon Biocube. It has the stock hood in place, but fortunately the lighting has already been upgraded with a set of Ecoxotic Stunner Strips, a product which we’ve reviewed (and loved) here on the AquaNerd Blog already. Naturally, we are excited. As for the rest of the equipment, that’s all still in the air. The rear chambers of the all-in-one nano will be revamped to include a small protein skimmer and a new pump (or pumps) will be added for in-tank circulation. The Tunze nano skimmer has always been one of my favorites. I used it on a previous nano aquarium and it worked well. And with newer models coming out, it might be time for a some nano equipment product reviews. 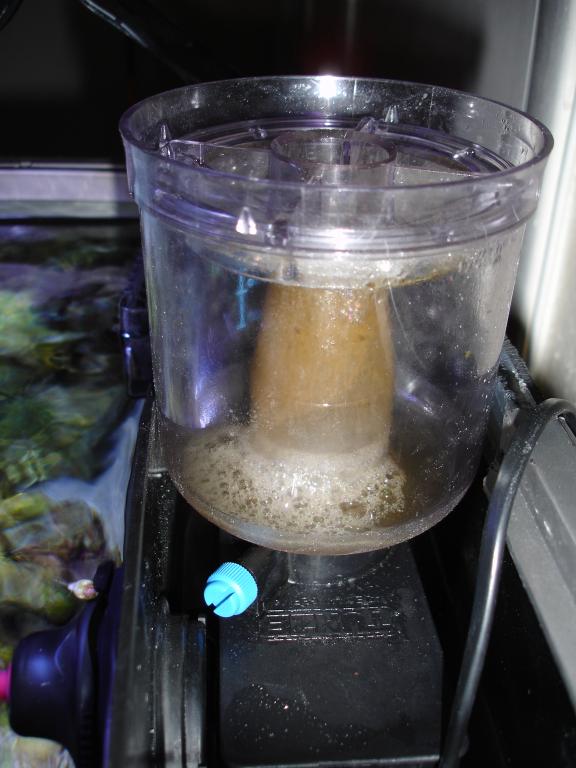 Moving on to the livestock…we have some ideas, but nothing is set in stone. Seeing as how this is a work tank, it’s going to be simple. The corals will be mixed, with plenty of flowy items to keep everyone entertained. The fish list is another story. There’s not going to be any clownfish, which have always been the big crowd pleaser, but we’re going to go a different route. Maybe we’ll try out some tiny wrasses and gobies, but again, this is still all in the air and could change at moment’s notice. I’m just happy it’s finally happening.