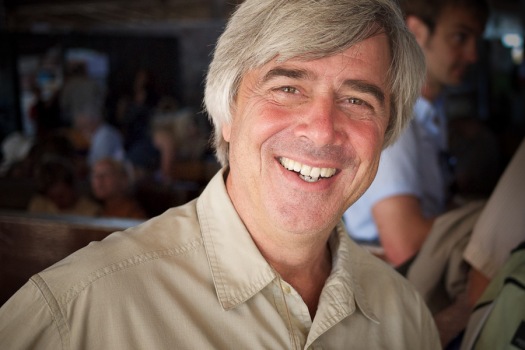 It is with great sadness that we report today that Mike DeGruy, famed documentarian of almost all things aquatic, has been killed in a helicopter accident in Australia yesterday around 4 p.m. local time. While working on his latest project, a documentary down in Jervis Bay, the helicopter carrying DeGruy and a cameraman, along with the pilot, experienced issues shortly after take-off. The helicopter didn’t get far out of the hangar before it crashed back to the ground and burst into flames. Both Mike and the cameraman were reportedly killed in the accident. The cause of the tragedy is still under investigation, and the effects of this horrific accident will be felt for an eternity. Mike DeGruy was just 60 years old.

If you’ve ever watched a show on the popular nature-based channels, then you’ve likely seen Mike or witnessed some of his work. DeGruy was a very active filmmaker and even gave talks at events within the aquarium community. He was passionate about the ocean and both educated and entertained countless numbers of viewers with his amazing documentaries. I can recall watching his shows for hours and hours, even watching repeats many times in a row. Mike’s stuff was really that good and he will be forever missed.

I’ll be honest, we really are in just too much shock to really say anything else. We can only encourage you to watch his documentaries and rediscovery what made him so special to the scientific community. You can read more about Mike DeGruy on his website.

Photo at the top of the article taken from TED Blog.