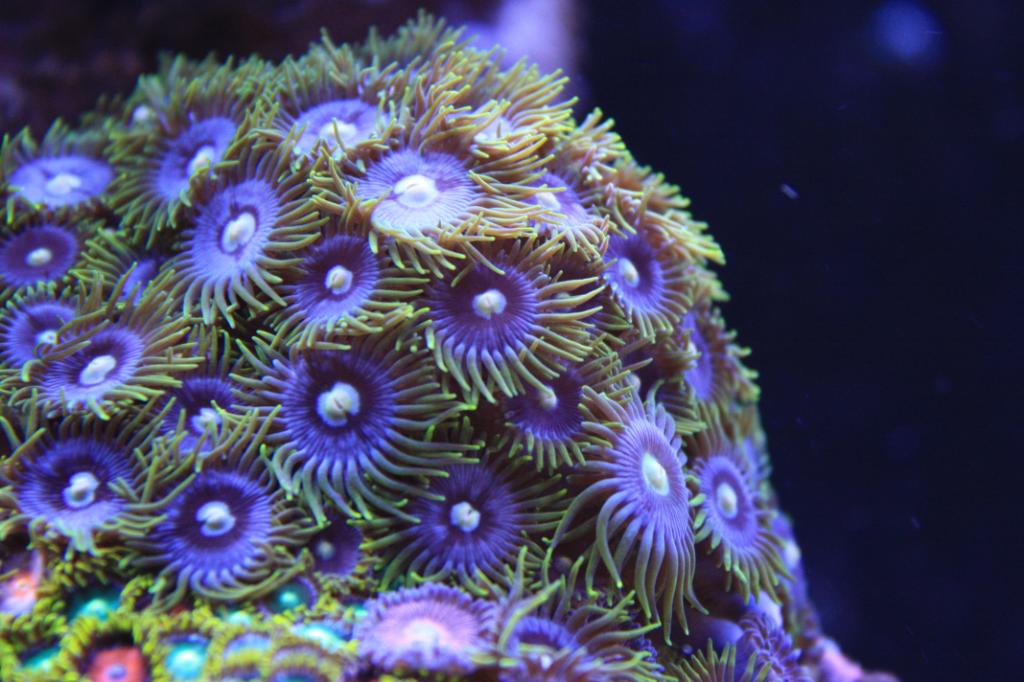 We’ve all heard horror stories about Palytoxin, a well known and very potent toxin that is found in the tissues of those beautiful Zoanthids that most of us have in our reef aquariums. Reef keepers have been exposing themselves to this substance for decades, with most never feeling its effects. Unfortunately though, not every hobbyist has been so lucky. A year-old Discover Magazine article we recently came across highlights one of those scary interactions between both reef keeper and coral, as well as gives an interesting history behind the legend of the toxin. To describe the dangers of the palytoxin, the article tells the story of a man who was exposed to an aerosolized version of it back in 2007. While trying to rid his tank of a particular patch of zoas, the hobbyist decided to boil the small rock they were growing on. He read about this technique online, but failed to assess the risks associated with the procedure and proceeded to inadvertently breath in the steam coming out of the boiling water. The steam was packed with the toxin, which entered into the respiratory system of the aquarium hobbyist, eventually leading to severe respiratory distress. A trip to the hospital was needed just a a few hours after the incident, as the unfortunate hobbyist was experiencing chest pains, intense coughing, and even developed asthma. The man was eventually stabilized, but he required the use of an inhaler for two months after the ordeal.

Following the story of the unfortunate aquarium keeper, the Discover Magazine article dives into the colorful history behind the palytoxin. According to the story, Hawaiian islanders have a legend of a cursed village in Maui, whose members apparently angered a shark god, eventually dismembering and burning it after it ate some of the villagers. The ashes of the god were scattered in a tidepool in Hana, and shortly thereafter a strange seaweed started growing in the pool. The villagers discovered the deadly toxin in the tidepool, eventually naming the seaweed “limu-make-o-Hana” (deadly seaweed of Hana), after they smeared it on spear points and learned that it would kill victims instantly. While most legends are just that, legends, this one was actually based on real events. In 1961, Philip Helfrich and John Shupe came across the tidepool described in the legend and discovered a new species of zoanthid, which went on to be named Palythoa toxica. Ten years later, the palytoxin chemical was isolated from zoa tissues and researchers have been studying it ever since.

After the detailed history of the toxin, the article presents a few more details. Interestingly, the palytoxin is the second deadliest poison in the natural world, and a single gram could kill more than a hundred million mice! Fortunately, not every zoanthid has this very dangerous toxin, and still others have it in lower concentrations. The zoas in the story above were said to only have a toxin strong enough to kill 300,000 mice (around 80 people) per gram. To further explain how dangerous the palytoxin is, the article goes on to explain:

Venom enthusiasts know that the potency of poisons is measured using the LD-50 – the dose that will kill half a group of mice after a set time. The most venomous snake has an LD-50 of 25 micrograms per kilogram of body weight. For tetrodotoxin, the equivalent figure is 8 micrograms. For batrachotoxin, the poison from the skin of poison dart frogs, it’s 2-7 micrograms. For palytoxin, it’s 0.3 micrograms (or 300 nanograms).

The moral of the story, even though not every zoanthid possesses this powerful toxin, treat each of them as if they do. It’s better to err on the side of caution, otherwise you might end up in the hospital, or worse off dead.