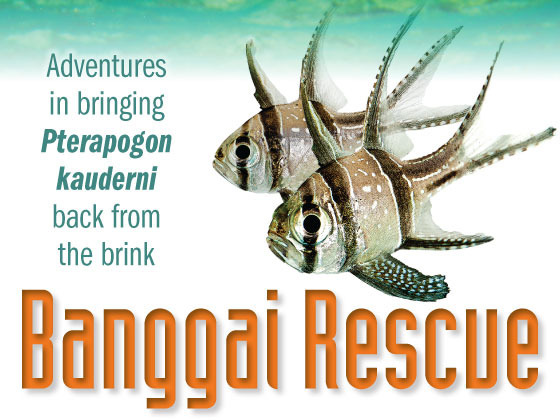 Here’s some great news for aquarium conservation. The noteworthy and ambitious Banggai Rescue project, a joint effort among aquarium enthusiasts and conservationists to bring wild Banggai cardinalfish(Pterapogon kauderni) populations back from the brink, has reached it’s target funding goal of $25,000 with 10 days left to spare. By reaching this target, the project can now move ahead at full speed and the Banggai Rescue team can officially embark on their scientific journey to study the beautiful fish in their natural habitat and document their findings. The project, thus far, has received donations from almost 120 generous backers, with one of those really ponying up and giving an astounding $10,000 as a single donation.

Even though we are not associated with this project other than doing everything we can to promote it here on the AquaNerd Blog, we would like to thank all of those who have donated and who plan on contributing.