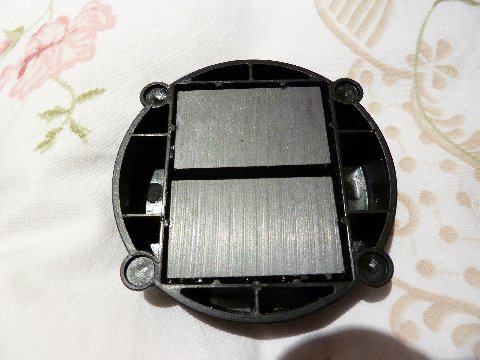 Unless you’ve been living under a rock lately, then you’re probably well aware of the skyrocketing neodymium magnet prices. The reason for this price hike is the fact that the mines in China, the single largest source of the metal, have all been nationalized. This obviously heavily affects the aquarium community, as neodymium magnets are found in almost all of our water pumps, magnet holders, and other devices. This also presents a huge dilemma for aquarium equipment suppliers, as their costs shoot for the moon. In order to keep competitive, suppliers are scrambling to come up with different solutions around the neodymium problem. Tunze is tackling the issue, in part, by switching to a completely different magnet for their pump holders. Ditching neodymium altogether, the German equipment manufacturer has gone with weaker ferrite magnets, but have also crammed more ferrite into the space to compensate. Because ferrite magnets do not rust, unlike their neodymium counterparts, the pump holders no longer need the epoxy cover to protect them from water exposure. This means that, yes, the magnets you see above are exactly how they’ll show up packaged with your new Tunze pump. And before you grab the pitchforks and start prepping the torches, we want to reiterate the fact that these magnets do not rust.

The last thing to remember when getting uneasy about exposed magnets is the fact that exposed ferrite has been in your aquarium and you probably never even knew it. Ferrite is very widely used as impeller magnets on water pumps, since they do not need to be coated. These magnets rotate at a high velocity, and there has been no issues with them in that capacity. So, a stationary magnet should be even easier to overcome, mentally.

Our only real concern about this magnet’s exposure is possible scratching of the glass or acrylic they will attach to. Tunze has promised that this won’t happen, as the magnet is recessed within the holder and the rubber feet provide even more of a gap. Fortunately, most aquarium keepers don’t move their pump holders around like algae scrapers, so it really shouldn’t be an issue.

These ferrite magnet mounts are currently shipping with new Tunze water pumps, and they will be even more prevalent as suppliers run out of the stock neodymium magnets.