Trending
You are at:Home»Aquarium Livestock»Picture of the Week, Sand Sifting Starfish 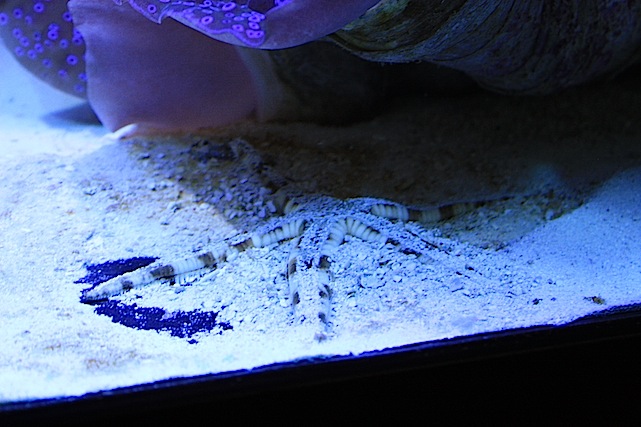 The focus of the latest AquaNerd Picture of the Week rests on a very popular aquarium invertebrate, the sand sifting starfish (Astropecten polycanthus). This particular starfish is such a fan favorite because it does a terrific job of agitating the top few inches of the sand bed, often consuming leftover fish food, detritus, and various invertebrates. Despite their immediate benefits, these stars aren’t without their drawbacks, which can be fatal if not planned for appropriately. For starters, these starfish require large aquariums with sprawling sand beds filled with a wide variety of food stuffs in order to thrive. This need for massive amounts of food is fueled by their ability grow to very large sizes, up to 12 inches by many accounts. In the average aquarium, the sand sifting star doesn’t get that food, at least in the long term, and most individuals often starve to death after several months. The sand sifting stars are often sold as tiny individuals around 4″ across or less, which prompts many hobbyists to think they are suitable for small and large aquaria alike.