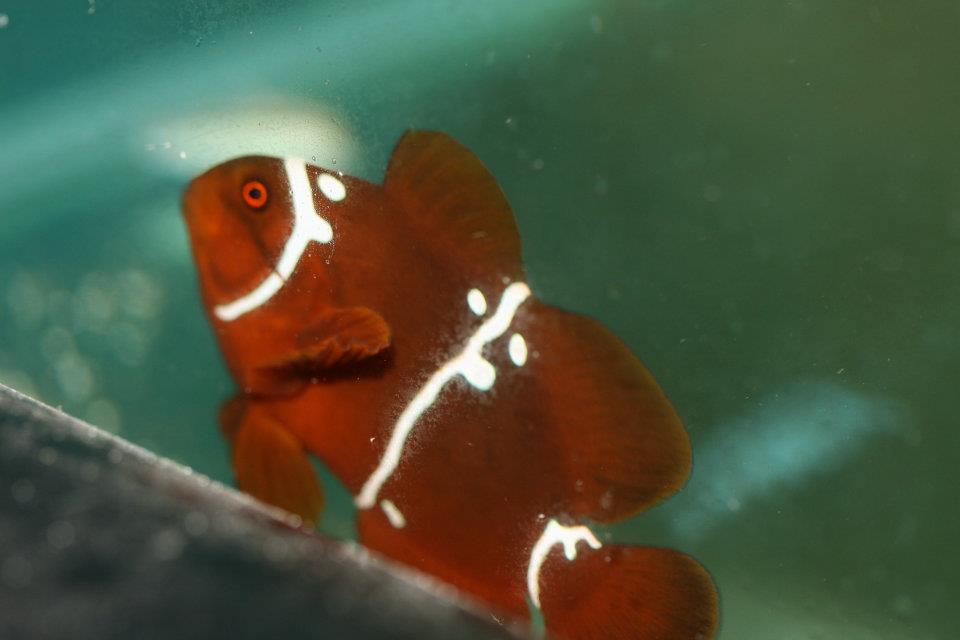 Papua New Guinea (PNG) has been a hotbed for rare and unusual clownfish over the past few years, especially those of the Maroon variety (Premnas biaculeatus). The most notable individual to ever be encountered in these rich waters has obviously been the Lightning Maroon Clownfish, which is resting safely in the hands of renowned breeder Matt Pedersen. Fortunately, the lightning clown may not be the last rare gem to be exported out of PNG. More and more aquarium collectors are discovering oddly patterned clowns in that region, which goes to further prove that designer clownfish aren’t just a marketing ploy but are in fact a very natural occurrence, albeit a rare one. The latest odd maroon clowns come to us from a pleasurable group of chaps from across the pond. Ecoreefk UK recently (as in just three days ago) imported not just one, but several very unique maroon clownfish, many of which are examined below.

The first of these oddball clowns, pictured at the top of this article, sports really unique set of stripes. Along each white stripe, a grouping of misshapen spots has also developed. Some of these spots stand alone, while others are clustered more tightly and even touch to create an oblong blob. The most readily discernible of the oblong splotches appear on the tail, which give the stripe a branching appearance. 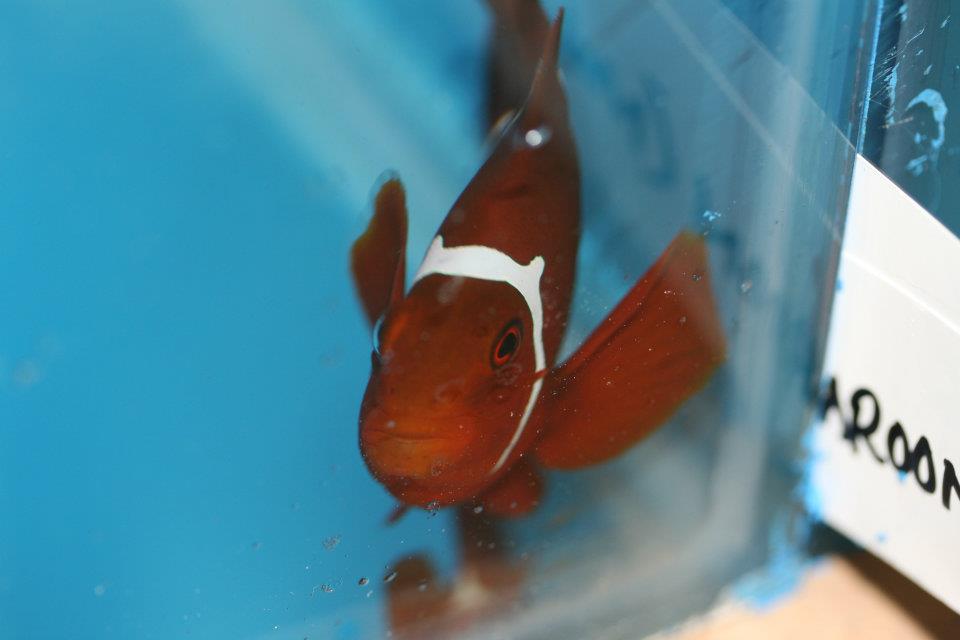 Next up on the list of wacky patterned clowns is a maroon (pictured immediately above) that has two spots on its most anterior stripe, both of which are located just above the eyes. While the overall appearance doesn’t seem to be as intricately patterned as the others, those two spots are positioned just right to give the fish the appearance of having devil horns. Seeing these horns, we felt it was a good opportunity to liken the fish’s appearance to an evil creature of darkness, as the maroon clowns are notoriously aggressive, growing even more so as they mature.

The last clownfish we’ll cover (pictured below), but certainly not the last of those imported, was chosen simply because its patterns take on some of the same horizontal characteristics of the Lightning Maroon Clownfish. Please don’t take this as our attempt to compare the two fish in any way, as they are wildly different from each other, but this particular morph is one of the few that has long horizontal stripes. Perhaps this is just another random morph that we’re all too hopeful for, but it’s refreshing to see another maroon clown with lateral stripes instead of only vertical ones. 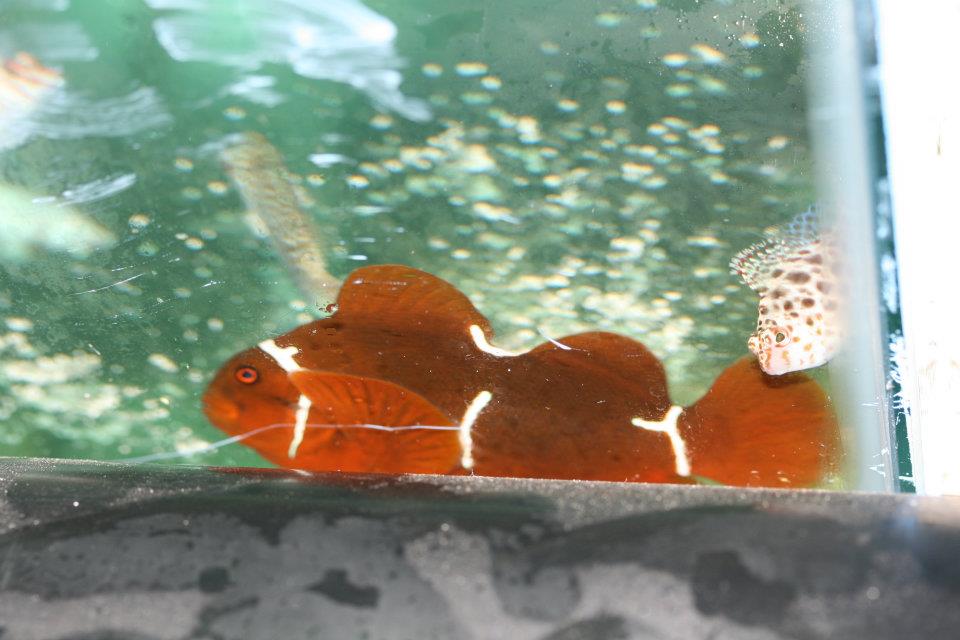 But before you go off thinking these fish are going to show up at your local fish store in a matter of days, we have to inform you that the two most unique fish will bypass the retail experience altogether and are destined for a breeding program. Ecoreef UK is hoping to get these fish breeding as soon as possible, and their commercial development will help solidify their brand and cover some of the operational costs associated with the the collecting process (trips to PNG aren’t cheap). But don’t think Ecoreef UK is just making a cut and run trip to PNG. No, they have indicated that they are working very closely with locals and are “…sharing the profits of any success between ourselves, Dan at EA and the Island community. We believe strongly in social responsibility and supporting local communities to develop a more sustainable way of harvesting their reefs. We also believe it important the locals benefit from the genetics of these fish and not just a breeder thousands of miles away.” This is a stance we can really get behind.

For more images of the PNG Maroon Clownfish, be sure to hit up Ecoreef UK’s Facebook Page.