Trending
You are at:Home»Aquarium Equipment»AquaC Remora and Remora Pro Getting Refreshed Models for 2012 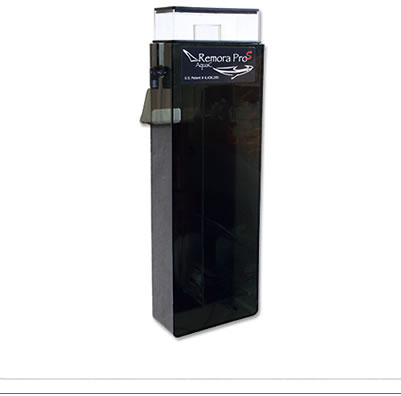 We got word over the weekend that AquaC is releasing the Remora-S and Remora Pro-S protein skimmers, which are refreshed models of their flagship hang-on-tank skimmers that aquarium hobbyists have been using for years. Brand new for 2012,  each of these new models features an updated high flow spray injector to aerate the water, which is said to have improved performance and efficiency over the previous version. These improvements are accomplished by increased air and water flow rates through the injector, which also creates smaller bubbles to increase the surface area for dissolved organics to latch onto. Also making it debut in the new line is a neoprene foam muffler, which makes the protein skimmers quieter in their operation. In addition to those updates, the new Remora skimmers will also get a larger collection up with a wider neck, as well as a built-in skimmate drain as standard equipment.

According to AquaC, the first production run of the Remora-S is currently shipping to retailers. Prices are expected to be in the same ballpark as the original lineup. No word on whether or not the Nano Remora will also be getting any of these updates. A video demonstration of the new Remora-S can be seen below.