Trending
You are at:Home»Aquarium Livestock»Believe it or not, STD’s in the ocean 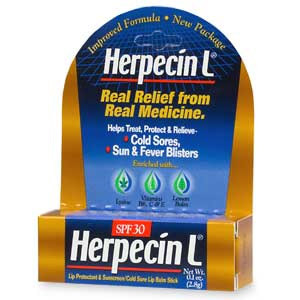 With the finger often pointing towards aquarium keepers destroying the reefs, people tend to look past some of the natural problems these fragile ecosystems face. Yes, we do agree there are people out there that could care less if they are harming ocean life as long as they have money in their pocket, just like there are plenty of dive guides that could also care less if their customers are harming wildlife as long as that tourist gets what he pays for. All that aside, there is a new issue out there that threatens coral life. A couple of days ago, we heard about a really strange topic being discussed on the radio. What if I told you that researchers have found a massive viral outbreak that is causing many coral populations to die? What is this viral outbreak you ask? Well is nothing less than a really bad case of herpes.

Researchers of the coast of Florida have come to the conclusion that nutrient increases from pollution are causing the increase of viral infections to spread. To their surprise, one of the diseases they found on these corals was herpes. They have also found this version of herpes to be very similar, but not identical to the kind that is contagious to humans. Further studies have found that many of the diseases that corals obtain are actually herpes like. These diseases appear on corals after small episodes of stress. Since corals are a very old life form and herpes comes from a very old family of viruses, scientists have come to the conclusion that corals and herpes possibly evolved together. Researchers have also found that mucus sometimes found on corals actually harbors human borne viruses, and some levels of these viruses have been correlated to terrestrial human population density. Unfortunately, the danger doesn’t stop there. Not yet proven but in the process of being researched, it is thought that these coral diseases are even being passed on to fish since many corals provide homes to many marine fish.

Researches are still conducting very sophisticated research and studies with the hopes of one day preventing and treating these diseases. The fact that researches have found a new reason as to why so many coral reefs are being destroyed does not detract from the main issues: coral does not stress on its own. A lot of the current stress is coming from the human interaction with corals, whether it is tourism, commercial fishing, pollution, or other reasons not listed. Always keep in mind that we are the only ones that can help save these reefs. Continue to practice safe reef keeping, and support the many conservation projects like the Bangai Rescue Project, and we will be able to keep these amazing ecosystems alive.