Trending
You are at:Home»Aquarium Equipment»Digital Aquatics Lifeguard Spied at MAX 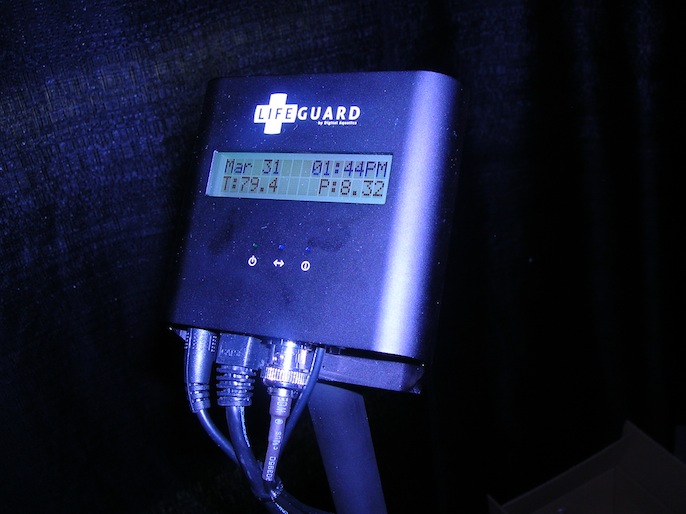 As with any aquarium related trade show, the Marine Aquarium Expo was full of the wonderful gadgets and gizmos that keep our tanks running at their peak conditions. One of the newest products that we’ve been covering over the past few weeks, the Digital Aquatics Lifeguard System, was also being displayed at the show, and we were able to gather some quick photos and tinker around with it for a few moments. As we’ve mentioned several times already, this palm-sized alert system is not a controller. Instead, it monitors a trio of water parameters and alerts monitoring aquarium hobbyists of impending doom. It’s far simpler than a full-blown controller, and its data is accessible from any internet capable device thanks to a built-in web server. 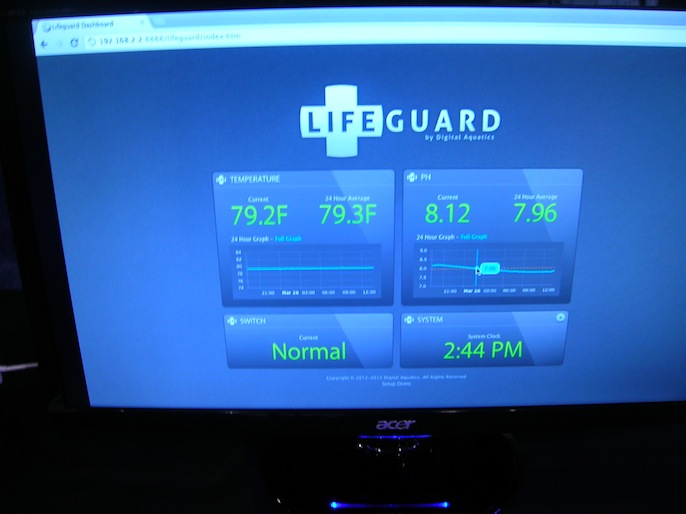 The hardware on this device is very limited. The Lifeguard only measures three parameters, so besides a power cable, there’s only a salinity probe, a pH probe, and water level switch. As for the software, it’s also quite simple. All of the parameters are displayed in a single screen, which can be accessed with touch controls depending on the device it’s being used on. This, of course, means DA has pulled out all of the stops to offer compatibility with Apple devices like the iPhone and iPad, which is a smart move considering how popular iDevices are. In addition to taking snapshot readings, the Lifeguard software also keeps a running 24hour average based on measurements at 5 minute intervals, which is always handy if you want to track how the pH or salinity is running throughout the day.

At this point, we would like to address some of the comments made about that the Lifeguard system. Yes, we realize that this device is priced around the same as an entry-level controller that can not only monitor most of these same parameters, but also control them. Despite this, we think the Lifeguard will be a big hit for a couple of reasons. For one, it’s simple. Aquarium controllers need to be programmed, and for some folks that’s just not possible. Not everyone is tech savvy and not everyone knows the ins and outs of controller language. The other factor that we think is a good selling point is the fact that it has a built-in web server that can be accessed by virtually any device from any point in the world. Not every controller has this, especially the entry level ones…so to say that a $200 aquarium monitoring system with built in web access is more expensive than a comparably outfitted controller isn’t exactly accurate. I for one appreciate the ability to control my aquarium instead of just monitoring it, but my thoughts aren’t universal, obviously.

Big thanks to Joe Savoy for filling us in with the images.