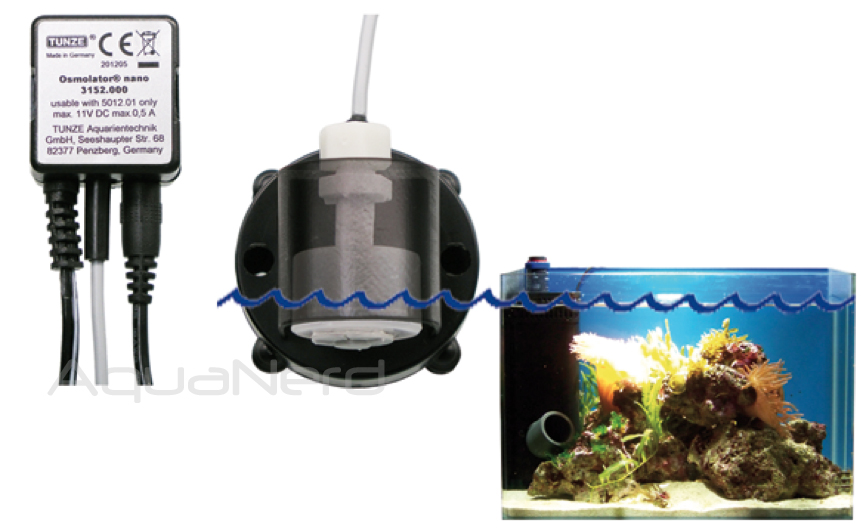 One of the big downsides to owning a smaller aquarium is the fact that they are prone to significant water parameter fluctuations if the tank isn’t constantly being monitored and cared for. The biggest cause of these fluctuations is a varying water level, which drops rapidly over a few days as water evaporates. To combat these stability issues, Tunze has released a top off unit designed specifically for small aquaria. The Osmolator Nano 3152 is a water level controller that has a single water level sensor and a low voltage metering pump that is controlled by a processor that prevents the unit from adding too much water. Like the larger Osmolators, the Nano come with a sensor attached to a magnet holder, which allows the end user to place it anywhere in the aquarium. The top off device is suitable for tanks up to 200 liters (a little more than 50 gallons), and the entire assembly costs €74.60, or just under $95 if the rates hold steady.