Trending
You are at:Home»Aquarium Equipment»ATB Gets Inverted for Bio Pellets 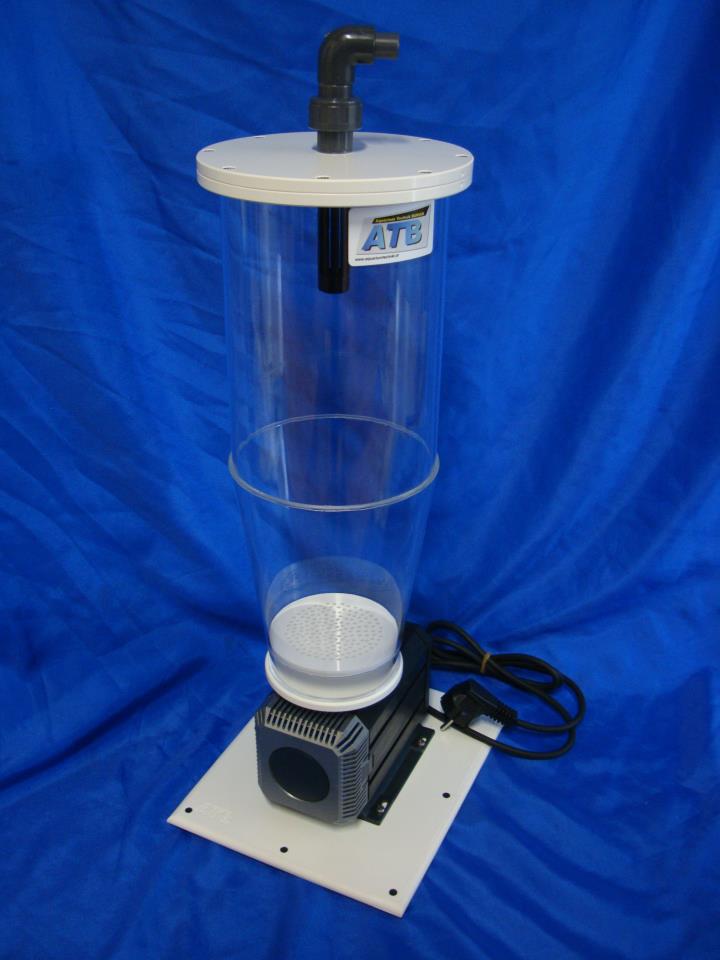 If there’s one trend in the aquarium industry that could even come close to matching that of the LED craze, it would have to be the Bio Pellet frenzy. Although the technology has been around for a while, it only recently hit it big in the aquarium world thanks to the vodka and sugar forerunners who made carbon dosing mainstream. And while most companies resisted the trend, often dismissing it as a fad of sorts, others embraced it with open arms. One of those companies who has quietly been at it for a while is ATB, who first got into the bio pellet game with their own brand of media and some lightly modified media reactors. Whether or not their pellets were merely a repackaged version of what was already floating around the aquarium industry is pointless to argue, but one thing is for sure, they haven’t stopped coming up with new ideas on how to most effectively use them. Case in point, the we see the inverted cone shaped bio pellet reactor above.

The ATB reactor above holds 3 liters of pellets, is powered by an Eheim 1260 pump, and is rated for aquariums up to 2500L (a little more than 650 gallons). The inverted design, which isn’t a novel ideal by any means (see the CAD Lights inverted cone reactor), is a very effective way to get the pellets suspended in the water and preventing them from clumping. Clumping is the single biggest drawback of bio pellet use because it can lead to conditions that cause a tank crash. The upflow design is also effective at maximizing dwell time through the reactor, making the pellets more efficient overall.

We aren’t sure if this reactor is just something ATB is tinkering with or a product that is ready for store shelves. The image was posted on the company’s Facebook page with very little information. Time will tell if the reactor sees any time on the aquariums of the mass public, and we’d love to get a peak at it actually tumbling media. Perhaps a video and more detailed specifications are around the corner.