Trending
You are at:Home»Aquarium Livestock»Picture of the Week, Elongated Xenia 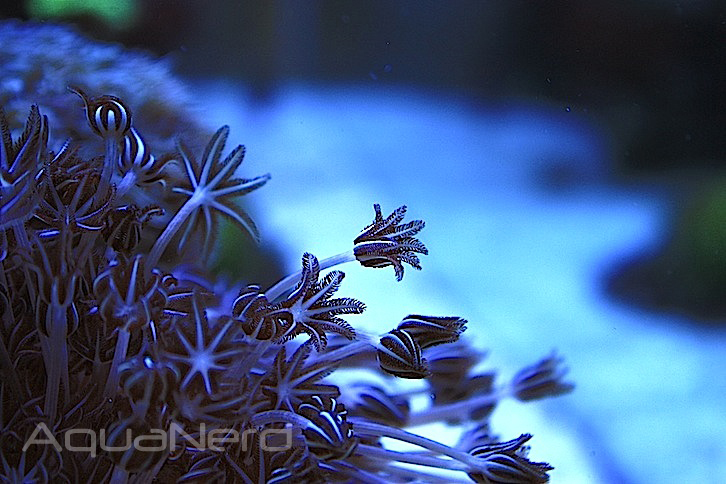 Pictured in this week’s AquaNerd Picture of the Week isn’t a fancy, rare coral coral that almost nobody has. Instead, it a very common coral that most of us probably purchased as our very first. The elongated pulsing Xenia (Xenia elongata), and several others from the same genus, are typically very hardy corals that instantly provide a ton of color and movement to the aquarium. Not only do they wave around in the current, but as their name suggests, they also actively pulse individual polyps. This species grows in tall stalks of varying thickness, with the polyps extending out of the top of each. Sometimes these stalks can branch, causing a fuller appearance to the coral.

One problem aquarium hobbyists often face with this coral is the lack of pulsing of the polyps. Some claim this is due to a lack of iodine in the water, while others feel it’s purely a function of water quality. Chances are, the pulsing action is probably dependent on a number of things that hobbyists can’t exactly pinpoint, but merely speculate on. Regardless, there’s nothing cooler than a coral that can move on its own, whether it be a pulsing soft coral or a large fleshy LPS coral that’s extending its tentacles in order to eat.