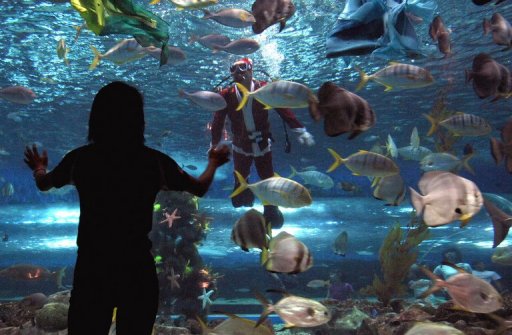 A visitor’s view of a public aquarium in Manila. Image credit: AFP News.

In a recent story out of the Philippines, an estimated 1,500 live fish and 150 brain corals were intercepted at a pier in Manila by quarantine officers. According to a Yahoo News report, the fish and corals were stored in water-filled plastic bags inside of styrofoam boxes, a common shipping method of the aquarium trade, and were heading to Japan before officials stepped in. According to fisheries bureau law enforcement chief Andres Menguito, the animals were likely being smuggled out of the country, a notion that was reinforced by the total lack of permits and paperwork. Additionally, whoever was overseeing the shipment had disappeared sometime before the quarantine officers happened upon the boxes. With nobody around and no documentation to speak up, officials took possession of the animals.

Officials are hoping to be able to trace down any potential suspects through a few documents that were hidding inside some of the packages, but from the sounds of it, that’s not going to be an easy task. There’s no where as to where the fish and corals will go, though we assume that they will be donated to a local zoo or aquarium.

In terms of potential punishment for the smuggling of the fish and corals, according to the report, the export of live aquarium fish without a permit is illegal. Additionally, collecting and/or possessing corals is also illegal and could bring jail time of up to eight years in prison.