Trending
You are at:Home»Aquarium Equipment»Cloudy with a Chance of LEDs, a Look Into the Fads and Trends of LED Aquarium Lighting 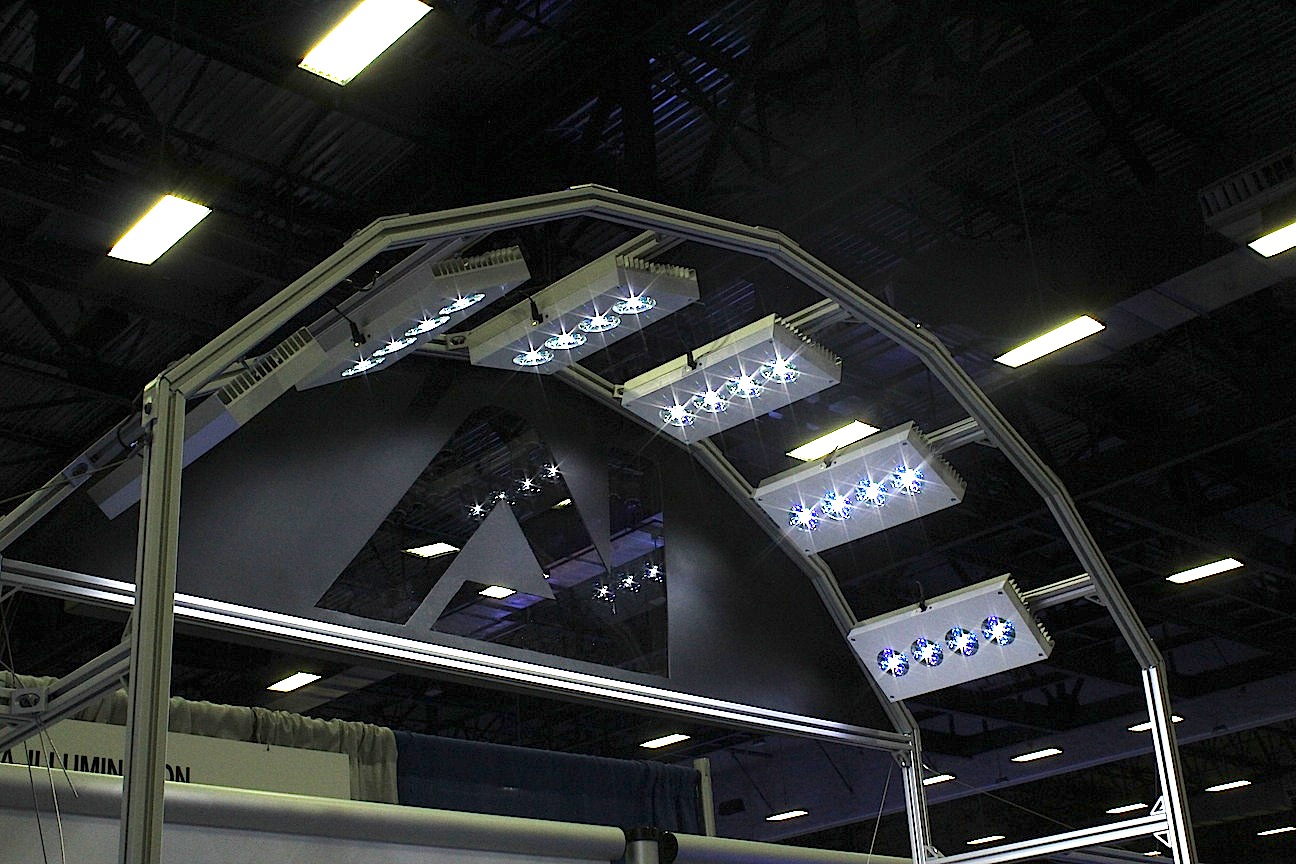 There was once a time in the very diverse history of aquarium keeping that hobbyists got by with extremely simple light fixtures. These lights consisted of either metal halide or compact fluorescents, and they didn’t have built-in timers or any other special features. The lights could be turned off and on, and that’s about it. Despite the lack of functions and features, aquarium keepers got by just fine. As time progressed, however, new technologies emerged and aquarium illumination started to become more complex. And the whole world of aquarium lighting was turned on its head when LEDs started to really gain ground in a market previously dominated by halides and T5HO. Nowadays, instead of just having a white and blue light source, hobbyists have a plethora of color options and more features than you could shake a stick at. While most of these features are inherently useful, there are still many that are entirely useless, and others that leave us scratching our noggins.

Instead of trying to relive the good old days, we’ll dive right into the dizzying world of features that are found in many of today’s LED fixtures, with some of them being good and others not so much.

Multi-point Sunrise and Sunset Effects
In the past, aquarium keepers didn’t have the ability to change their lights much. At most, the actinic lights would come on first, then an hour later the midday bulbs would fire up. This was an effort by aquarists to recreate a sunrise in their aquariums while also slowly waking up their tank inhabitants without this instant noontime effect. Toward the end of the day, the lights would turn off in reverse order, completing a simulated sunset that gently whisked the captive reef into the nighttime hours.

With the advent of LED lighting and robust controllers, a far more elaborate sunrise/sunset program can be created. Instead of just two channels, the newer style fixtures have up to eight or nine in some instances, with each one being independently controllable. On top of that, the intensity of each channel can be increased or decreased slowly over time. This impressive feature set allows aquarium owners to start the sunrise in an even gentler, more welcoming fashion. And the same can be said for the sunset cycle.

Our opinion: Great feature that can better mimic the intensity of the sun as it rises and sets on the reef, but not mandatory for a successful aquarium.

Cloud Cover Simulation
An interesting feature of LED lighting is the ability to independently dim and brighten specific diodes in a particular fixture. While this has proven to be a great feature for sunrise and sunset effects, as well as adjusting the overall spectrum of the lights, it has also shown to provide for some interesting cloud cover simulations, both static from day to day and a continuous rolling effect.

The cloud cover effect basically dims and brightens large numbers of LEDs in a light fixture for a given period of time. The desired effect is to simulate clouds blocking out the sun to some extent, and the speed at which the dimming takes place can be increased or decreased. This speed can be very slow, causing the lights to slightly dim over long periods of time (even on the scale of days), or it can be very vast. Obviously the fast paced clouds would be more representative of a very cloudy day with a high wind speed.

Our opinion: Completely unnecessary for a healthy reef aquarium, and honestly not that exciting of a feature over the long term. Sure, wild reefs do see some cloud cover, but simulating such cover won’t do much for you. It’s also likely that the novelty of such a program would likely wear off after a short time. 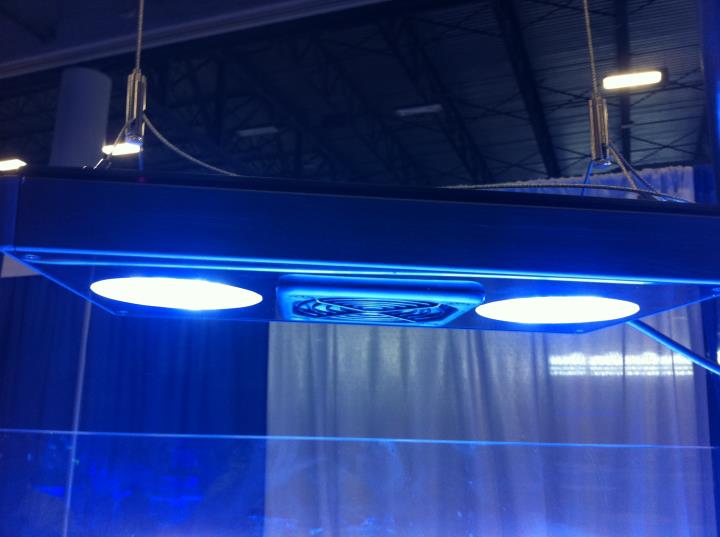 The EcoTech Marine Radion XR30w has a robust thunderstorm effect

Thunderstorms with Lighting Strikes
One of the newer features of LED aquarium lighting is simulated thunderstorms with lightning strikes. In a nutshell, a majority of the diodes in a given fixture dim significantly or turn off completely, and a few random white LEDs flash and flicker in such a way to imitate lightning striking in the distance. As with all of the features covered in this article, the thunderstorm effects rely exclusively on the dimming abilities of LED lighting.

On a few rare occassions, the lightning strikes have been combined with audio recordings of thunder, and some have even tried to simulate rain by pouring water into the top of their aquarium through a fast drip system. This combination of lights flickering and thunder noises doesn’t do much for the aquarium, but it does set a unique ambiance in the room where the tank is housed.

Our opinion: While simulated lightning is pretty cool to look at, it’s even more useless than rolling cloud cover, especially since there’s no thunder sound effects associated with the flickering LEDs usually. That said, EcoTech Marine did a great job of incorporating a thunder strike program into their Radion. Through their program, the VorTech wireless pumps go into a storm mode where the flow becomes more turbulent and aggressive. Essentially, EcoTech Marine made an otherwise useless feature of a light fixture into a spectacular one that is actually useful. 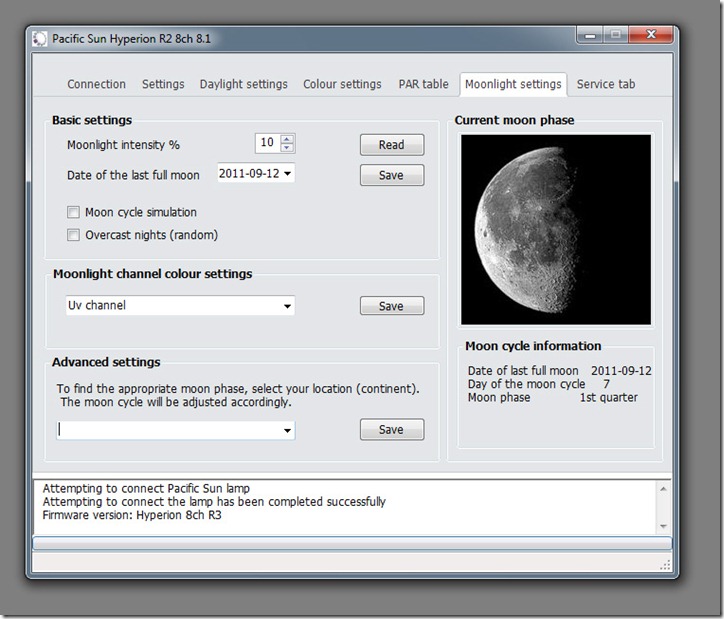 Elaborate Lunar Cycles
The last feature on our short list is a somewhat controversial one. Lunar lighting has been in use over aquariums for decades and it was basically the starting point for LED use in the hobby. In nature, ocean life basically times all of its big events to the movements of the moon across the night sky. Corals and fish spawn at specific points of the lunar cycle, and predators and prey gather under particular moon phases. In light of these nocturnal activities, the aquarium industry has gone to great lengths to try to recreate natural moon phases. And with the glaringly obvious benefits of the moon on wild reefs, who could blame hobbyists for wanting to recreate these conditions in captivity?

Unfortunately, there’s not a whole lot of proof that aquarium lunar lighting actually does anything beneficial. Sure, it allows us to view our tank at night, but none of the animals in the aquarium rely on the light for anything meaningful. Corals rarely spawn in our aquariums, and when they do it’s basically a scramble on the part of the hobbyist to do a massive water change to remove coral reproductive material before it fouls up the water and causes a tank crash.

LED technology made elaborate lunar cycles possible, and some fixtures these days can mimic everything from a full moon to a new moon (or absence of any lunar light). For some, this is a major selling point, while others could care less. Either way, it’s a feature you’re paying for.

Our opinion: Undecided. While we love the nightime view of our aquarium under a dim glow of LEDs, the features aren’t really necessary, though they aren’t usually over the top either.

This concludes our brief roundup of a few LED features that go way above and beyond what traditional metal halides and fluorescents could ever offer. Obviously some of these features are great, while others are just a waste of money. If you’ve got other features you’d like to chat about, feel free to sound off in the comments below.