Trending
You are at:Home»Aquarium Equipment»Evolution LED Gets a Few More Color Choices 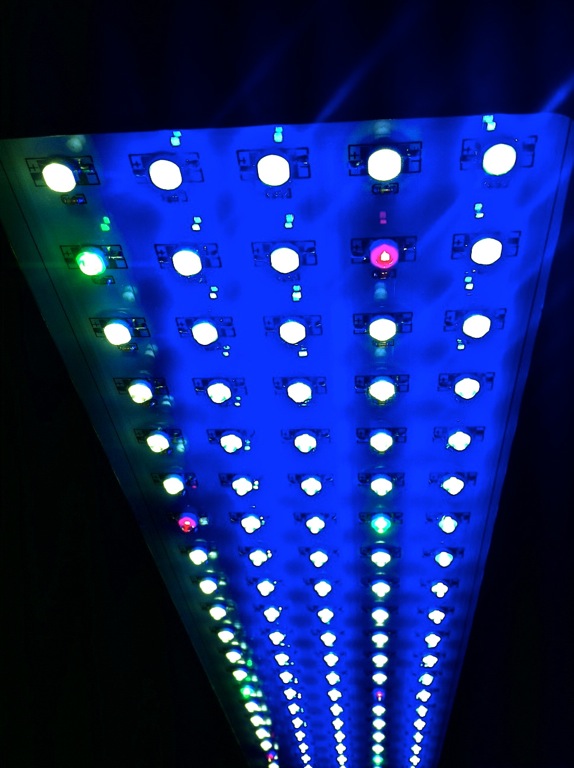 One of the big perks to using LEDs over other forms of aquarium illumination is the ability to have multiple colors of emitters dispersed throughout a single light fixture. Most LED fixture brands are moving steadily in this “bag of Skittles” direction, hoping to hit all of the major peaks in the light spectrum that are useful for coral growth and coloration while also making the aquarium visually appealing. One of the latest brands to get a broadening of its spectrum is the line of Evolution LED fixtures, which previously only offered up a few variations of white and blue diodes. The new models, which are also dimmable, will utilize five different colors of LEDs and will be offered in at least four models of varying length.

The colors in the new Evo LED fixtures include 6500K white, 460nm Blue, 450nm Blue, 660nm Red, and 510nm green. This is obviously a major step up from the 460nm blue, 450nm blue, and 14000K white LED combo that dominated the Evo line for a while. In terms of different controllable color channels, the blue LEDs are segregated onto their own dimmable channel, while the reds, greens, and whites are lumped into a channel of their own, which is also dimmable.

In terms of pricing, the new more colorful Evolution line will run the same price as the standard white/blue Evo fixtures, which is such a refreshing sight since so many manufacturers try to take advantage of product updates, both big and small. We haven’t been clued in as to when the fixtures will become available to the masses, but we’re guessing it won’t be too long.

As for other details, there’s really not a whole lot to say. The fixtures will essentially be a refreshed version of what Evolution LEDs already offers, though the bulb combos will be quite different.