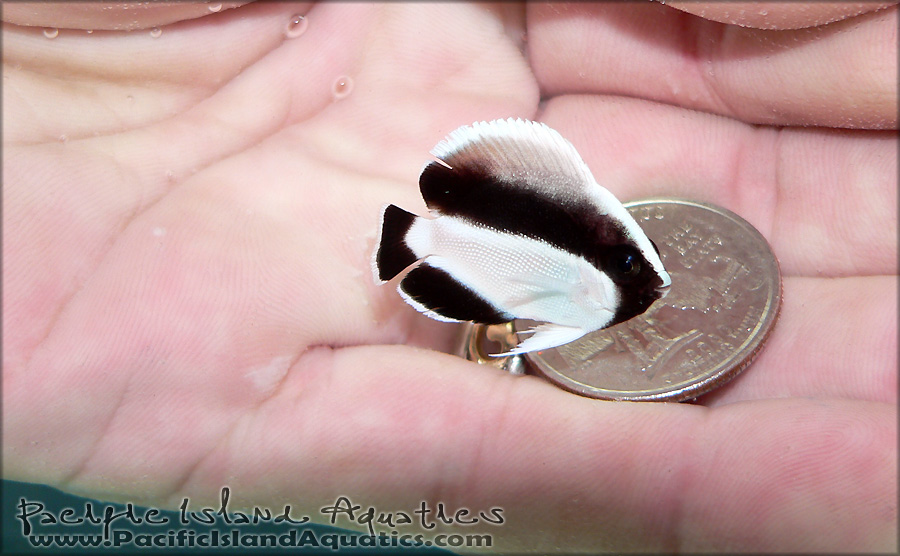 We always like to praise the efforts of vendors and wholesalers who bring in rare and unusual aquarium livestock, and the latest haul by Pacific Island Aquatics is certainly one deserving of our praise. We initially stumbled across their super cute and super tiny Bandit Angelfish (Apolemichthys arcuatus) while browsing their Facebook page, and our original plans were to write exclusively about that fish alone. But as we dug a little deeper, we found so much more that was deserving of some time in the spotlight. Along with the tiny rare angel, PIA also had a tailless Potter’s angelfish (Centropyge potteri) and an extremely rare Christmas Island Triggerfish (Xanthichthys kiritimati).

The tiny Bandit Angelfish, which is maybe an inch across at most, is beautifully colored and shows off all the traits that we find to be just so darn cute. Unlike most fish species which get a little uglier with age, the color on this angelfish stays relatively unchanged as it matures. The downward turn of the stripes on the face sort of retreat upwards to create a much straighter black line across the fish’s body, but the rest of colors and patterns basically stay the same. That said, the bandit angel follows the same pricing scheme as virtually all other angels…the smaller the fish, the more expensive it is. While most large bandit angels sell for $600-800 depending on the vendor, this tiny angel basically went for double that amount. According to PIA, they have basically accepted a $1200 offer on this fish from an Asian aquarium hobbyist. 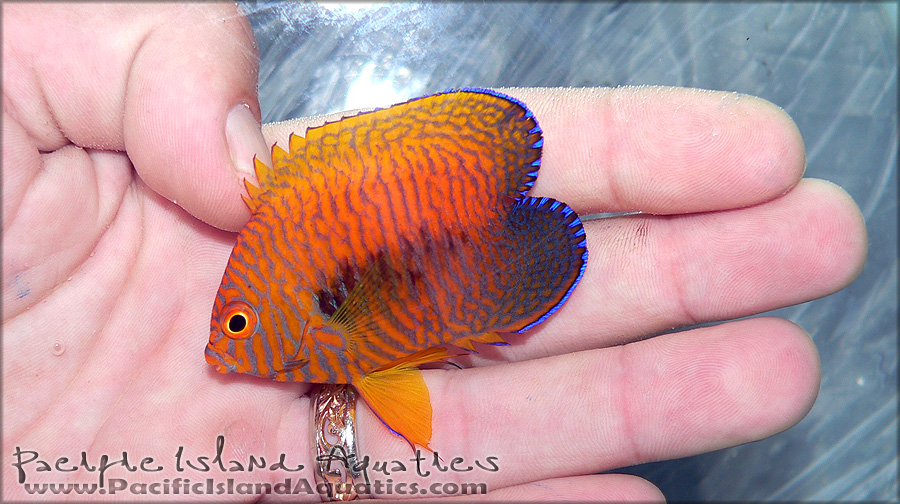 The next fish on the chopping block is the tailless Potter’s angelfish. The colors on this fish are not unique. It doesn’t have a weird color morph for us to talk about, and it certainly isn’t a hybrid. Instead, this fish is completely missing its tail but still managing to get around just fine. We’re not sure if this is a genetic abnormality in the fish, or if someone intentionally did this before shipping it off to the rest of the aquarium trade. We won’t spend much time on speculation, but clipping fish tails is commonplace in some parts of the world, though quite rare overall. The price for the tailless clownfish is $175. 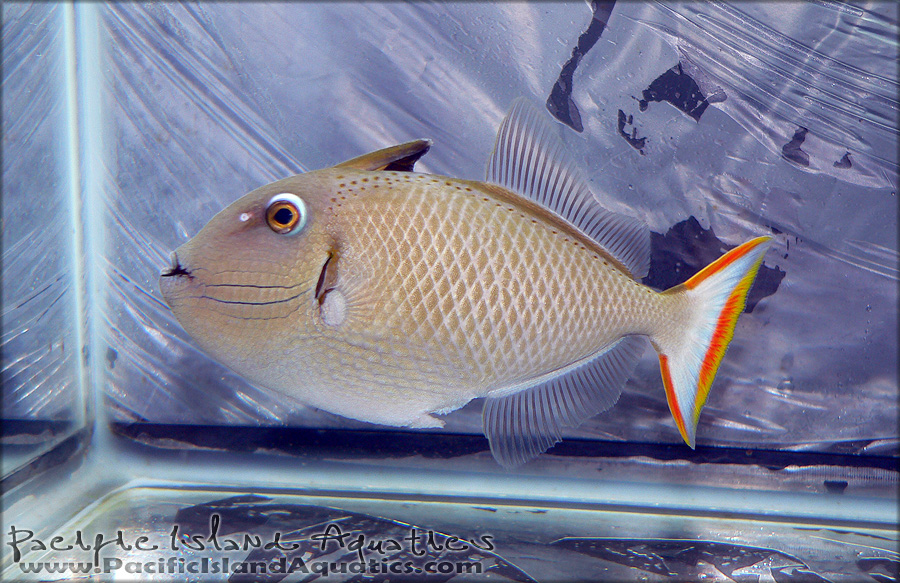 Fish number three on our list is the Christmas Island Triggerfish. Much like the crosshatch triggerfish (X. mento), this species of trigger is quite rare and expensive. It sports a beige body with a white tail outlined in neon orange. Additionally, it has some blue stripes running laterally starting at the mouth and fanning outward. Most of the detail surrounding this species are pretty scarce, especially since it’s not officially described by science quite yet, assuming my recollection is serving me well. The retail price on this fish is set at $750 and it makes for an instant showpiece fish for any aquarium.

Pacific Island Aquatics is always getting in great stuff, so we’ll be on the lookout for future rare gems. Until then, we’ll just drool over these images and the rest of their current stock list.