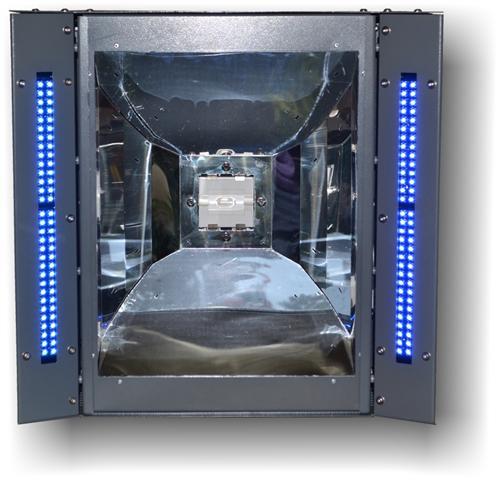 The LED trend in the aquarium industry is a fast paced one that is revealing change after change around every corner. While most light fixture creators stick with the standard array of high powered LEDs and optics to illuminate marine aquaria, others step out of the box and go with something a bit less conventional. Multi-chip LEDs have gained a lot of ground as a high powered solution for deeper tanks in recent years, but there’s another option that has been around for a bit longer that’s always been intriguing. Called Plasma LEDs, this high powered lighting sports the highest lumen per watt ratio of any other lighting technology available to aquarium keepers, and the guys at Reef Inmate have a new fixture that they’re ready to release to the rest of the world.

After well more than a year of trial and error, as well as prototype testing over reef aquariums, the Reef Inmates Plasma LED fixtures are finally getting ready to make their debut. And thankfully, instead of giant fixtures that take up tons of space, the Reef Inmates fixtures were designed with a compact form factor in mind. An overall reduction in size of around 50% from their original models was achieved during the prototyping process, with the reflector getting treated to an total decrease in size of 30%. 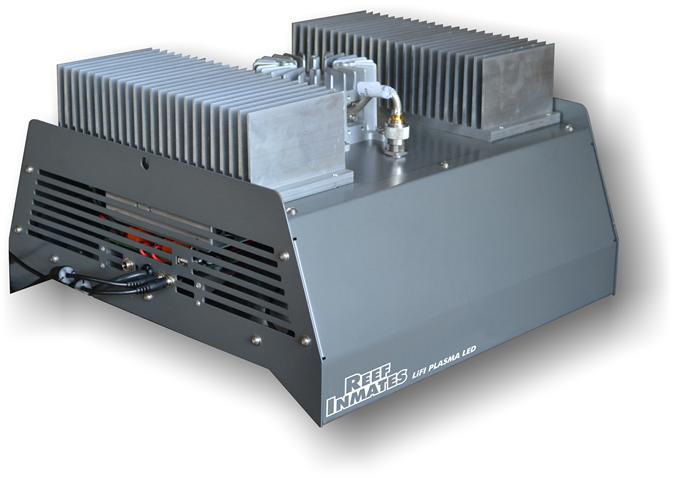 In addition to the reduction in size, Reef Inmates has made the entire fixture dimmable through an on board controller that can be manipulated with a laptop computer via USB. This setup means some type of software will be available to make the adjustments, though we don’t expect it to be too elaborate since the light is basically just one dimmable channel. To add a little color to the mix, some supplemental lighting in the form of T5HO fluorescents and strips of high output blue LEDs have been fitted to the plasma fixtures, which will be a great way to get that extra blue pop that most aquarists crave.

We not certain as to an official release date and price point as of yet, but if the Reef Inmates Plasma LED is priced anywhere near what other Plasma lights are set at, then we expect the fixture to be somewhere north of $1000, especially since supplemental lighting has been added to the mix.