Trending
You are at:Home»Aquarium Equipment»Warner Marine Dresses Up Their Additives with Redesign for 2012 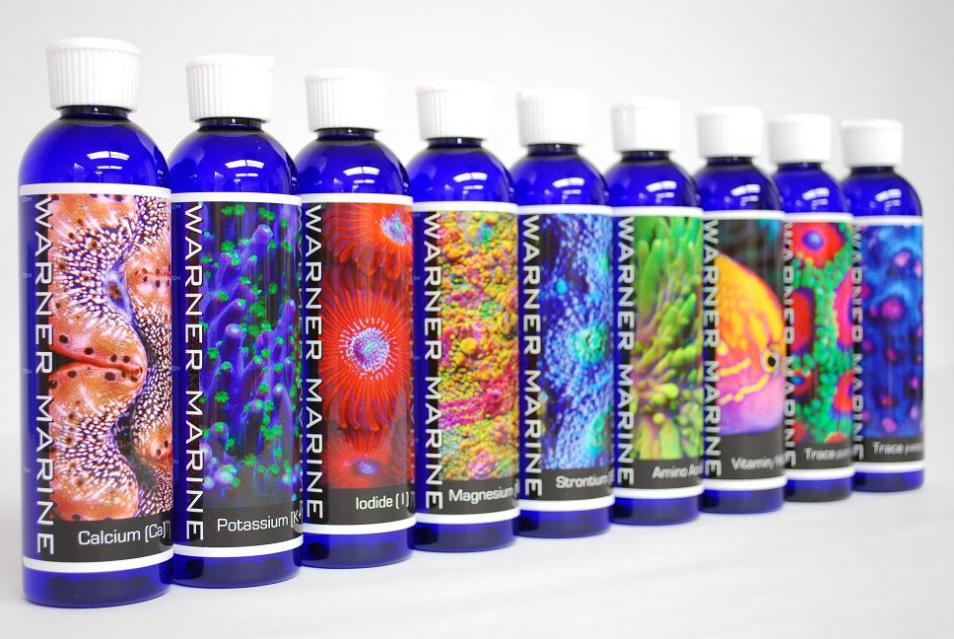 Aesthetics in the aquarium world have become an increasingly popular topic among today’s hobbyists, especially since we don’t want our aquariums standing out like sore thumbs in our homes and offices. After all, who wants to dread looking at a painfully ugly setup that required so much time, effort, and energy to set up and maintain? Despite our need for near visual perfection, we don’t often find ourselves chatting about the way bottles of aquarium additives look. Yes, hobbyists do focus on the visual appeal of various aquarium equipment, such as light fixtures and water pumps, but that’s usually where the line is drawn. For everything else, the concern has rested almost purely on functionality, that is until Warner Marine dressed up their additive bottles in a very beautiful way.

Warner Marine, the company whose core business is centered around aquarium additives but in recent years has expanded to protein skimmers and other hardware, has been making quality supplements for years. There’s no argument that the products deliver in a very meaningful way. But Warner Marine has stepped up to make the previously drab and boring aquarium additives sexy and fun. No more do we have to stare at bland, colorless bottles of additives that fade away into obscurity and a sea of other products. Instead, these new bottles stand out with their bold colors and vivid photographs of various corals, fish, and invertebrates. Besides catching our eye, the imagery also tells a story, somewhat. The Tridacnid clam on the bottle of calcium supplement, for example, is a perfect match for no other reason than they are known to suck down calcium concentrations in a reef aquarium. As for others, the connection may be a little more of a stretch, but potassium is often dosed to improve coral color, and wouldn’t you know, a glowing purple coral adorns its label.

According to Jon Warner, founder and owner of Warner Marine, the images of the livestock were taken by Chris Thomas and Greg Rothschild, who primarily photographed corals and fish in the systems of Jason Fox. Those images were then sent to our good pal Jessica Timko of Creative Soup, who happens to be a fantastic graphics design guru. The efforts of these individuals has obviously culminated into a very beautiful bottle that many might find hard to trash once it is empty. 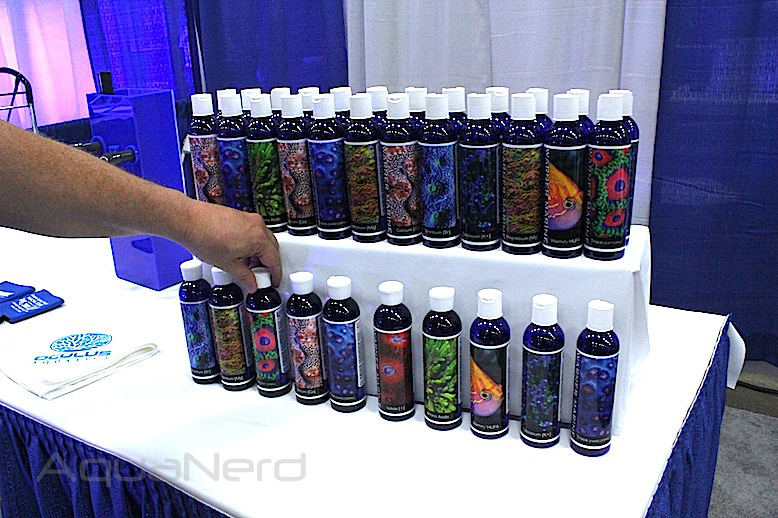 On a side note, we got to see these bottles first hand at MACNA last year and they truly are great looking products. They weren’t quite available to public at the time of the show, but it looks like they should finally be hitting store shelves en masse.