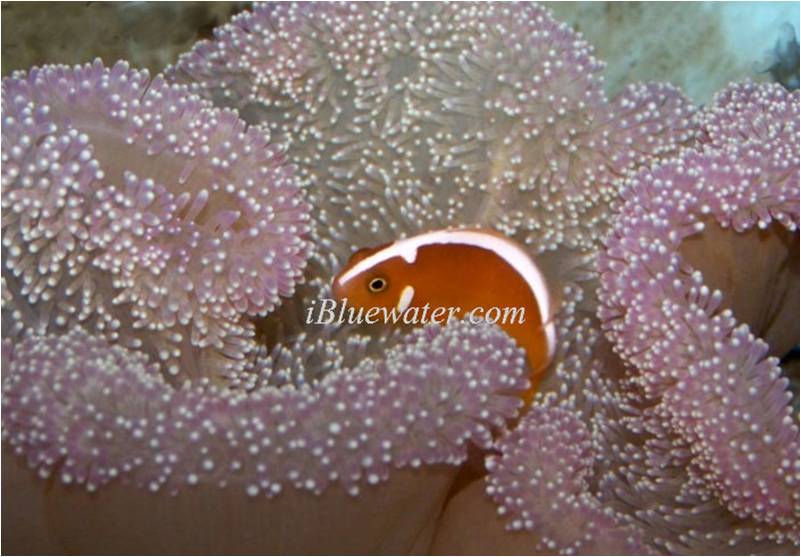 A few days ago, our pals at iBluewater loaded up our inbox with a very interesting story about an extremely rare and gorgeous White Cap Orange Skunk Clownfish collected out of the Indo-Pacific region. According to the story, rumors of an unusual white cap orange skunk clown had been emanating out of the area for the better part of a decade, but they were often dismissed as sightings of Amphiprion thiellei. Not wanting to discount the stories of the fish collectors, Terry from iBlueWater decided to take a trip the area after freeing up some spare time after a trip to Madagascar.

After about four days on the hunt for A. thiellei, news trickled back to Terry that a local villager had spotted the elusive white cap skunk clownfish. The villager, without any help from modern day electronics like GPS, took Terry and a small dive group straight to the anemone which hosted the rare clownfish, and fortunately it was still there. With the help of rebreather SCUBA equipment, Terry was able descent to 24 feet and get in close to the anemone without making too much noise, which could easily scare the fish in hiding. Within moments of reaching the anemone, the small white cap skunk clownfish was spotted, and Terry quickly coaxed it into a small plastic collection container. After the fish was collected, Terry and the gang resurfaced and the GPS was updated with the location. 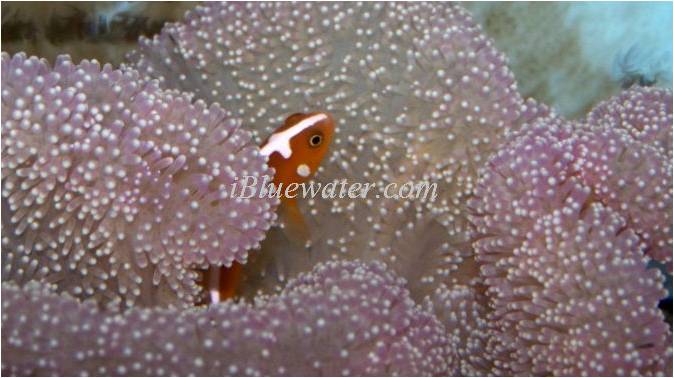 Shortly before packing it all in, the villager told Terry that three more of these amazing white cap clownfish had been spotted by a smaller island chain. Obviously this was exciting news, as this clownfish is just so different than the skunk clown which is so prevalant in the region and in our hobby.

After getting the fish back to iBluewater, the gang has arranged for DNA samples from the clown to be sent over to Europe for testing. The idea is to compare the specimen to A. ocellaris, A. thiellei, A. periderion, and A. sandaracinos clownfish just so that they can know if it’s in fact a hybrid or an aberration of the orange skunk clownfish. 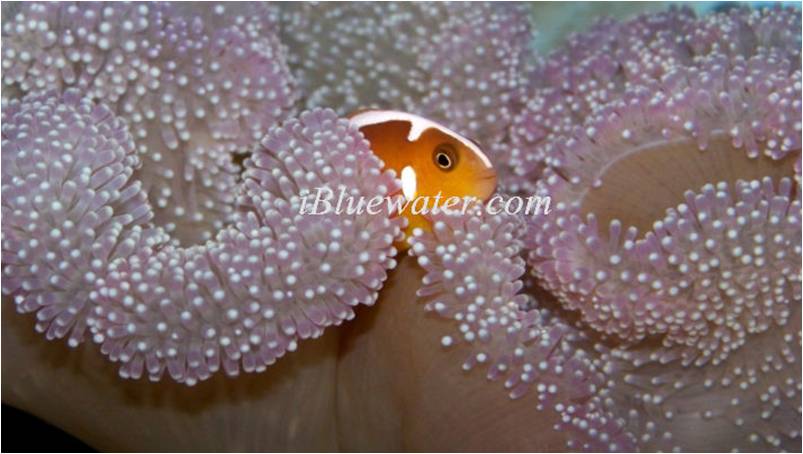