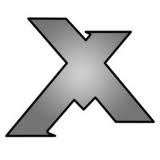 XM Lighting, a company well entrenched in the world of metal halide lighting, is branching out a little by offering up a couple of different T5HO fluorescent options for aquarium keepers. As far as we know, this is the first time XM has wandered away from their tried and true metal halide background, and it seems like they’re treading lightly in the unfamiliar territory. Initially, the fluorescent bulbs will only be offered in two different colors spread across three standard sizes. These sizes include 24″, 36″, and 48″ bulbs, with the two colors consisting of a 10,000K white and an actinic option.

According to XM, the white T5HO bulb was made to reproduce natural sunlight while being a very crisp white. This color output is achieved by the bulb using 100% 10,000K phoshpors, which is said to be one of the few T5HO bulbs to do so. The counterpart to the white bulb, the XM True Actinic T5, gives off a cool blue spectrum at the maximum PAR possible. Similar to the white bulb, the actinic uses 100% True Actinic 03 phosphors with peaks between 420 and 430 nanometers.

While we’re excited to see a company branching out into new realms, we’re a bit curious as to why XM chose T5HO instead of LED. I mean, let’s face it, T5HO is losing ground to the LED market every day. On top of that, the fact that they chose just two color options leaves us scratching our heads a bit. The white bulb is sort of a standard issue T5HO, so it’s inclusion is understandable. Their actinic bulb, however, uses a color that isn’t exactly found in great numbers in the light fixtures of reef keepers, the target end user of this bulb. In all of the amazing T5HO powered reef tanks we’ve seen, the hobbyists use one or two of the true actinic bulbs at most, favoring to go with a higher wavelength bulb this is more blue than purple.

In terms of pricing and availability, the XM T5HO fluorescent bulbs only recently became available and have a retail price of $17.95 for the 24″ and 36″ bulbs, and $18.95 for the 48″ bulbs. This puts them at the lower end of the T5HO price scale, making them an affordable option for most fluorescent users.