Trending
You are at:Home»Aquarium Livestock»Picture of the Week, Banded Cat Shark Egg Purse 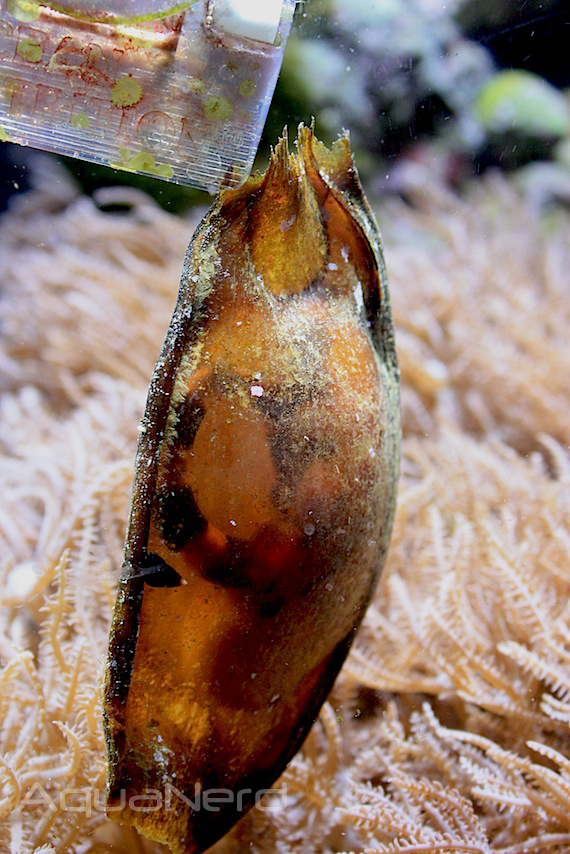 The subject of this week’s AquaNerd Picture of the Week is one that we don’t see in the aquarium world all that often. The brown case above is called a mermaid’s purse, and it’s an egg case that houses a tiny banded cat shark that is developing into a small pup. The egg purse is see through, to some extent, which instantly makes it a great tool to entertain and educate both kids and adults alike. As the shark develops, the entire process can be seen, and after around 9 months or so, it emerges from the case as a fully functioning miniature version of a fully equipped predator. Occasionally, these eggs will develop normally, but for one reason or another the shark never emerges. If the egg doesn’t hatch, the shark will die as it will use up all of its yolk reserves and slowly starve.