Trending
You are at:Home»Aquarium Livestock»Unusual Burrowing Behavior of the Fine-scale Dottyback 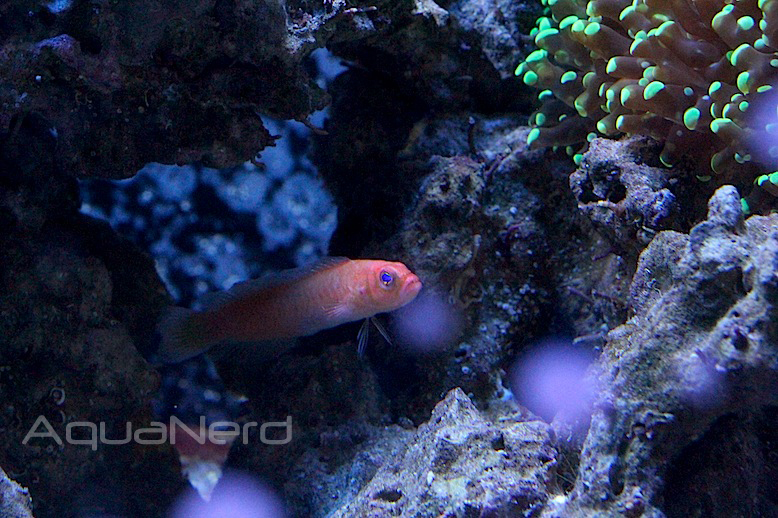 One of our favorite little resident fish here at the AquaNerd Blog, the Fine-scale Dottyback (Lubbockichthys multisquamatus), has been an interesting specimen to say the least. We originally purchased the fish thinking it was a different species altogether, but were pleased to find out that it was actually rarer than we thought. And despite its cryptic behavior, the dottyback has actually got quite the personality and always comes out about the same time I walk through the door each day from work for feeding. It’s still a bit shy, however, favoring to hide in the same hole each day for long hours at a time, but we recently discovered that it has been creating its own hideout. We’ve never known dottybacks to do any extensive digging, so we were quite surprised to see our really getting after it.

Our discovery of the dottyback’s burrowing behavior came in the form of mounds of scattered sand. We noticed the piles accumulating on rocks and on the mantle tissue of some nearby clams, but assumed it was due to the fact that the entire flow scheme of the aquarium had recently been changed. Slowly the sand still accumulated, and eventually we grew weary of the idea that the pumps were to blame. Then, we found our culprit. The dottyback was caught red handed spitting a bunch of sand out onto the rocks.

When we weren’t looking, the fine-scale dottyback managed to dig himself a pretty nice sized hole under a nearby rock. It was darting in and out of the new hole, each time leaving with more tunnel material and dumping it into the area around his home. It wasn’t creating a specific pile like a jawfish would, but it was clearly digging a hole. 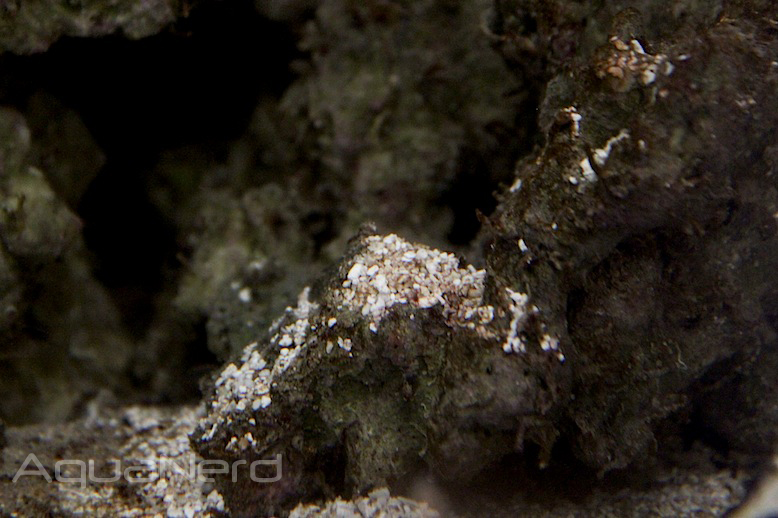 Sand that has been displaced by the dottyback’s burrowing

We realize this story isn’t exactly burning up the blogosphere, but we figured it would be a great jumping off point to hear what other fish are behaving unusually from you guys. Does anyone else out there have a burrowing dottyback? Or what about a fish that is doing something completely different than what is expected?